Welcome to Week #34 of the DMX Frid’Eh Update Presented by Scott Sports Canada.

We’ve just completed the final round of the Rockstar Energy Triple Crown MX Nationals at Walton Raceway. It was a great week of racing at the TransCan and then the Pro National.

To top it off, his teammate, Dylan Wright, clinched his first Pro MX title after the first moto. It was a pretty good day to be wearing red Fox Racing gear!

#34 in 2019 is Chad Saultz from Illinois. Unfortunately, we haven’t seen him here representing the digits and we’ll find out why.

He did every round in the 250 class last season, and here’s a look at how the MX portion went:

His best was an 11th at McNabb Valley MX in Manitoba.

We got in touch with him as he recently returned from a nice trip to Hawaii. He may have the best “origin story” we’ve heard yet! Here’s what he had to say:

Direct Motocross: Hey, Chad. We haven’t seen you in a while, so let’s start at the beginning. How did you first get into Motocross?

Chad Saultz: When I lived in South Florida my mom and I went to pick up a part for our jet ski.  My mom’s brother used to race motocross and as we were leaving the dealer my mom spotted a Honda 50 and her fun memories of her brother racing all came back to her.

At that point she  asked me if I would like to ride one of them. I said yes.  She bought the bike and my dad had a fit and said I wasn’t allowed to ride it and to take it back.

My mom refused and the bike sat for 6 months until one day my dad relented and said, “Let’s go ride the bike.”

Well, from there it’s history. My dad really got into it and, needless to say, so did I.

What was you first number and how did you choose it?

My first race number was 416. I ended up with 416 because my mom said since she’s the one who got me started into this sport, and my birthday is 416, it sounded like a good number. My dad and I agreed.

Growing up, did you play any other sports too?

When I lived in Florida up to age 7 I played Baseball, Basketball and Soccer. When I moved to Illinois that’s when Motocross became my focus.

What made you decide to come north to Canada in the first place?

I had never been to Canada before and wanted the experience of seeing Canada and traveling around. Motocross was the perfect opportunity to travel and be able to do what I enjoy most. Also, some friends had done the Canadian rounds and said it was a cool experience.

Can you take us through your 2018 season up here in Canada.

The beginning of the season started off great! Calgary and Popkum were good. Prince George was a disaster with all the rain and, unfortunately, blew a bike up and ended with a DNF.  Manitoba was really good because I had my best result of the season.

Coming back East from the break, I unfortunately lost my mechanic and decided to do the rest of the series solo. It was definitely a struggle with a lot of bike problems. On the up side of the struggles, I ended the outdoor series at Walton riding like I should have been.

SX in Montreal was a really cool experience and rode good and walked away with 7th OA. The rest of the SX Series was a memorable experience and I’m glad I did it.

What did you get up to over the winter?

I trained at GPF all winter getting ready for the SX Futures to get my SX license. I trained with Dylan Wright on SX during the week and learned a lot riding with him. I got 4 of the 6 points needed, but missed the last two rounds of Futures because of an injury.

What have you been up to this summer?

My summer started with a huge disappointment because, during a quick practice at a friend’s before Vegas, I tore my ACL and meniscus. My only choice at that point was to have surgery.

First six weeks after surgery was on crutches with non-weight bearing on the knee. Since then I’ve been doing a little traveling. I went to Hawaii and then over to Maui and it was nice to get away and do something. Next week I’m heading to Jamaica for the week and looking forward to it.

That’s not all bad! Did you pay attention more to the AMA or MRC Nationals this summer? Colton just won his record-breaking 6th 450 title and has now retired.

I watched them both about the same because I have friends competing in both and like to see what’s going on. Colton parked next to me at GPF all winter and I had the privilege of getting to know him a little. Nice guy and I think it’s great he retired on a high note with his outstanding career accomplishments.

You’re not far from Crawfordsville. Will we see you at Ironman this weekend?

No I will not be attending the last round at Ironman.

What’s next for you?

I’ll be released to ride again mid-November and after the first of the year I’m planning on racing the first few rounds of the SX Futures to get my last two points.  If everything works out, I will race East Coast SX.

For the summer of 2020, I plan on racing the AMA Outdoor Nationals and possibly a few Triple Crown Rounds.

Traveling British Columbia.  The scenery was spectacular and the views are amazing.  Also, I really enjoyed meeting so many nice people.

What do you miss most about us up here?

The friendliness of so many people. And of course Tim Hortons (Laughs).

OK, thanks for chatting with us. Hope we see you again soon. Who would you like to thank?

Well, it’s the sad time of the year in Canada. The outdoor nationals are over, the days are getting shorter and colder, and school is just around the corner. It all makes me sad, but I think I’m most sad about the retirement of Colton Facciotti. We knew it was coming, but it still sucks. I have so many great Colton memories from over the years, I don’t even know where to start.

I remember watching the young Colt aboard a Richmond Kawasaki in the early stages, . I remember him debuting the all new aluminum frame Kawasaki KX250f at Walton. And how can you forget the dominant Blackfoot Yamaha days.

Then there was the time that he and Jeremy Medaglia got into it at the  Blair Morgan benefit ride at Motopark, parking each other around the entire track.

I got to watch some dominating rides, smart rides, and was basically wowed at the combination of natural talent, hard work and heart.

The best thing about Colton was that there was no bullshit, no drama, no attitude. Just a good guy that your kids could look up to. He was a pleasure to watch on the track and very good to deal with off of the track, as well. I always enjoyed talking with Colt and interviewing him as he was just a good guy.

There is one image of Colton I wish I could find. It will stick with me for the rest of my life. It was a picture of Colton at age 14 or 15 wearing a halo with a broken neck from Arenacross while on a treadmill working out. It just showed the heart and determination that he has had since the beginning, and that if you want something, you work hard and you get it.

So Colton went out on his own terms, and out as a champion. That is very rare in our sport, let alone any sport. Let’s hope he stays in the industry and passes along his gift to others. Congratulations, Colton, on an amazing career.

So now that Colton is gone, who fills his shoes? After the season Mike Alessi had, you’d think him. But for reasons unknown, it looked like the Alessi/GDR relationship ended at Walton.

Hopefully, I’m wrong, but I’m not thinking so. Does that mean Dylan moves up to the 450, or does he stay and defend his 250 championship? If he does move up, who is deserving of Colton’s ride? We all know that GDR likes Canadians, but what Canadian is worthy of that ride? No disrespect to the guys out there, but I’m thinking GDR may have to go the American route.

With Walton over and about 3 weeks to go to the Rockstar Triple Crown Supercross series start, guys will be taking a brief break before jumping right into SX. Let’s hope this year’s Supercross season is as good as last years.

Short and sweet for me this week. Have a safe weekend and #smileforBC.

Tanks, Jeff. A big part of me said I should be taking this weekend off to recooperate from a long Walton week. But, just like everyone probably could have predicted, I started making plans to head to the final round of Lucas Oil AMA Pro Motocross at Ironman MX in Crawfordsville, Indiana.

Had no Canadians or Canadian teams been going, there’s a pretty good chance I could have sat this one out, but that’s not the case, so off I go in the DMX Van again!

Eli Tomac has already clinched the 450 title to enter some rarified air as a member or the 3-in-a-row club. He has exactly enough points but the fight directly behind him is the one up for grabs.

Marvin Musquin and Ken Roczen are only 5 points apart, so this is where most eyes will be for these final two motos.

In the 250 class, Adam Cianciarulo has the points lead, but he still has some work to do.

He’s got a 30-point lead over Dylan Ferrandis in 2nd. It’s a nice lead, but we’ve seen this go bad before…recently. Too soon?

Anyway, it’s a 7-hour drive for me from DMX World HQ that will take me through Detroit, Toledo, Fort Wayne, Muncie, above Indianapolis and into Crawfordsville. It’s a nice list of “flyover” cities! I hear some people do that…fly.

I’m so far behind getting things posted up on the site from last week that I don’t even know what to do next. Excuse me while I go spin my wheels some more…

Anyway, that was an interesting interview with Chad up there at the top, so I don’t feel so bad signing off now. Thanks for reading and have a great weekend. 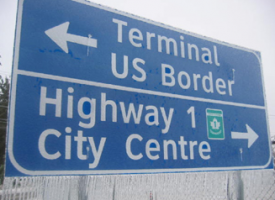