Most of you probably just read the name Cynthia Gautier and said to yourself, “Oh ya. I wonder what ever happened to her?” Well, after being on the motocross scene for years, Cynthia left Canadian moto a couple years ago. If you ever watch Monster Truck competitions on TV, you probably noticed a female driver getting a ton of attention. That person is none other than Canada’s own, Cynthia Gautier. Jeff caught up with her during one of her increasingly rare down times to find out what she’s been up to and how she made the transition from moto to monster trucks. 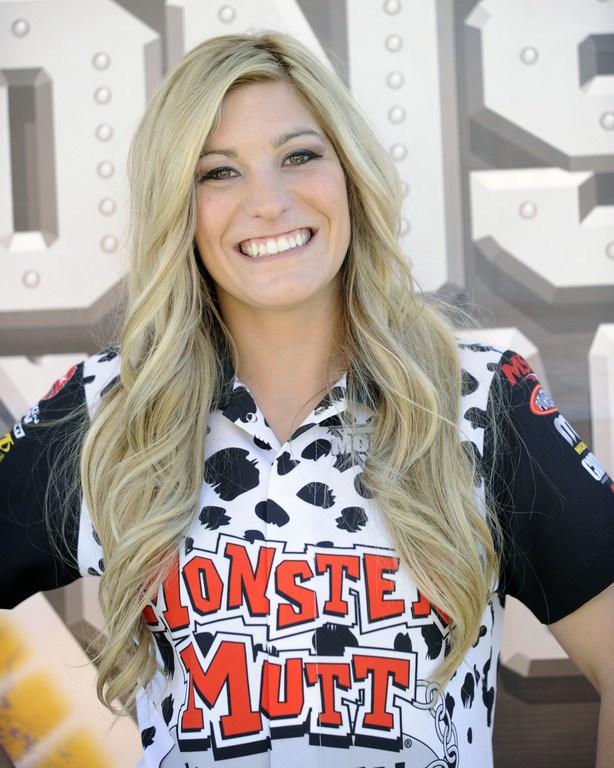 Direct Motocross: Hi, Cynthia, how are you?

Well, I am usually on the road for work, but today I’m home so I went to the gym and did some work outside the house.

Tell us a little about yourself.

I grew up in Quebec, Canada and I recently moved to the United States for racing. I have a bachelor’s degree in Accounting. I always work really hard for my dreams to come true. I always try to push myself to the limit.

You grew up racing motocross in Quebec. How did you get started?

I did not grow up in a racing family but my dad always brought me to all kinds of races on dirt or asphalt. When I turned 18, I purchased my first dirt bike (TTR125). I did my first enduro race close to home, and I just fell in love with the sport. The year after, I upgraded to a CRF150 and I started racing the CRMC series in Quebec. I was the only girl going to each race without my parents. My friend Carolane and I created a race team called Pink Sprocket Racing and we started going to the races together. We started traveling all around Canada and the United States to go race. 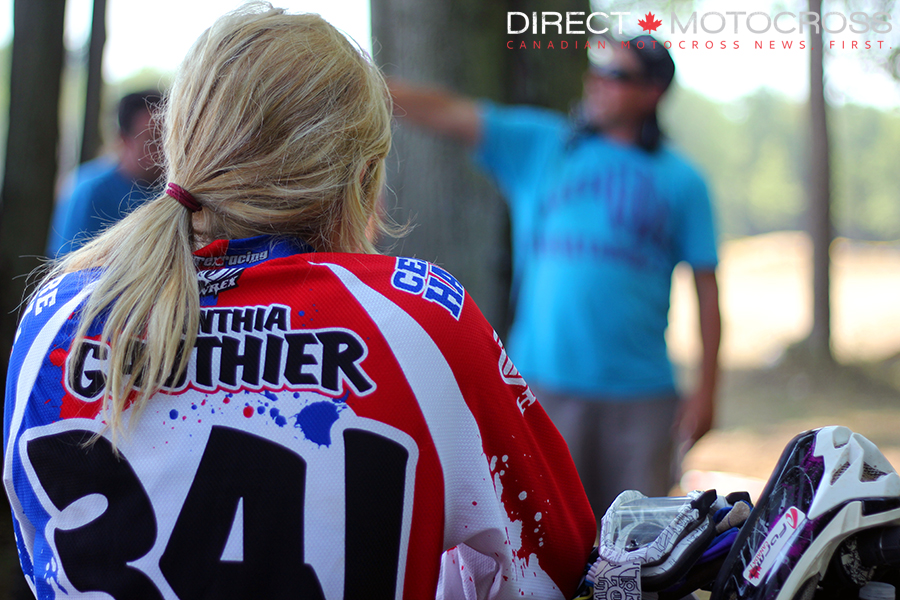 From the moment her father took her to the Daytona 500, Cynthia knew she wanted to be a racer. – Bigwave photo

As a little girl did you have dreams of becoming a motocross champion?

When I was maybe 7 years old, my dad brought me to the Daytona 500 and at that moment I knew I wanted be a racer. And when I did my first dirt bike race, the adrenaline rush I got became a drug for me.

How did you go from an amateur ladies motocross racer in Quebec, to a professional Monster Truck driver?

During my first season in the Pro Women’s Nationals in Canada, I injured my shoulder pretty bad. I pushed the surgery off so I could finish the season that year. After the recovery, I decided to put my dirt bike on the side and I started racing short course off-road in the buggy class. At the same time, I started working on a Monster Truck team for my boyfriend as a crew member and I had the opportunity to test drive for Monster Jam. I was able to bring some skills from each of the vehicles I raced into my driving. After a couple months, I received a full schedule with Monster Jam. 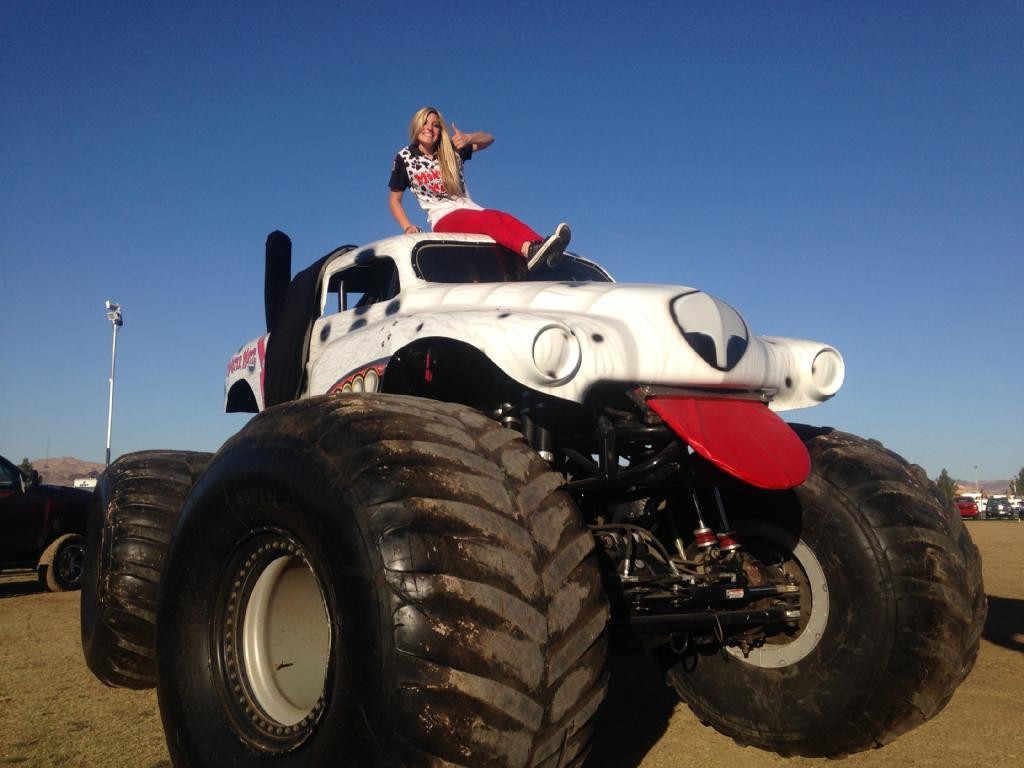 Cynthia is on top of the world these days competing on the Monster Truck circuit. – Gautier Linkedin photo

Tell us a little about an average week, driving a monster truck.

We get to travel a lot all around the world, so I’m on the road most of the time and I get a couple days at home. I try to hit the gym as much as I can and eat healthy during my week. Usually the week of the show, I have lots of TV, radio and new paper interviews.

What’s the best part about driving a monster truck?

The best part is definitely getting to meet so many people from different cultures. But for sure I love driving a 10,000-pound Monster Jam truck and getting to jump it with 1,500 horsepower.

What’s scarier, coming up short on a triple or crashing a truck?

Not as much as a dirt bike. The sport is really safe and we have the best safety. When I know I’m going to crash, my first instinct is not to be scared, it is to try and save it. This is something really hard to do on a dirt bike. 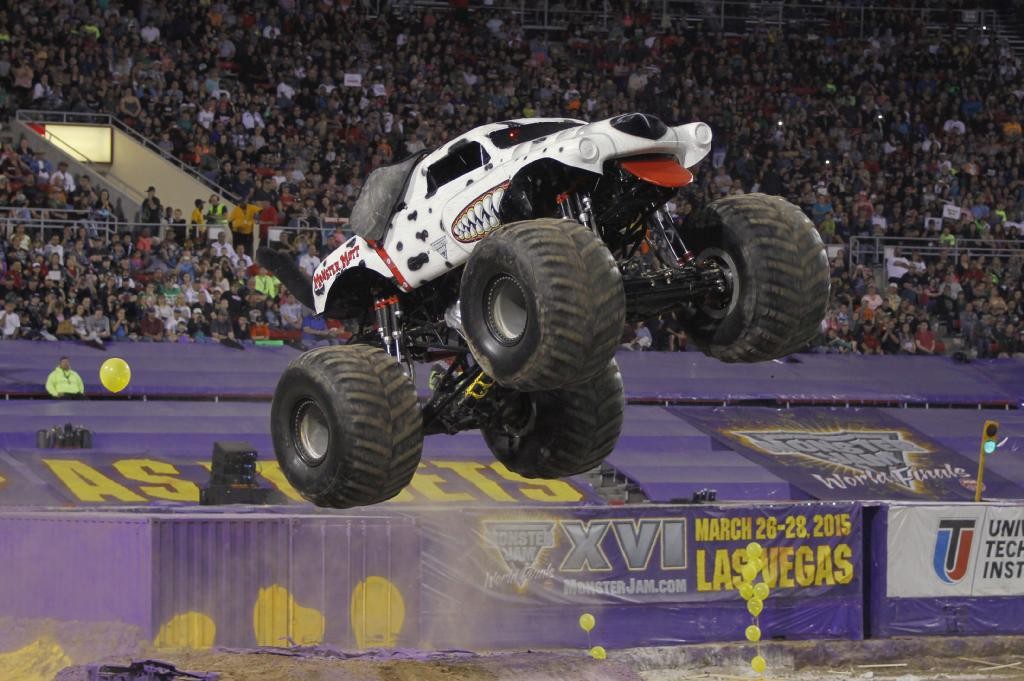 What skills were you able to take from motocross to your monster truck career?

Definitely not to land on the throttle like a dirt bike, and I learned that the hard way. It breaks the truck pretty bad when you do that. I feel like my quick reaction time is from my motocross background. The truck reacts like a dirt bike in the air, as far as using the brake in the air to bring the front down quicker and using the gas in the air a little bit will help the truck keep the momentum. One thing that was really helpful from having a motocross background was to read the ramps. In a big stadium, we are starting to see a lot of step-up jumps and big doubles.

We have a lot of great talent in the Women’s Nationals, do you ever wish you were out there banging bars with the lady racers?

I sure do! Motocross will always be my first passion. I keep following the women’s class and I love to see how Eve Brodeur is winning like crazy. I’m so happy to see so many girls on the same racing gate. I know what it takes to be at their level and I have so much respect for them.

Are you still able to ride from time to time?

I do but in the last year I have been pretty busy traveling. I’m moving down south this year, so I’m probably going to have more opportunities to ride. Riding is one of the best feelings, it makes you forget all problems and appreciate the moment. 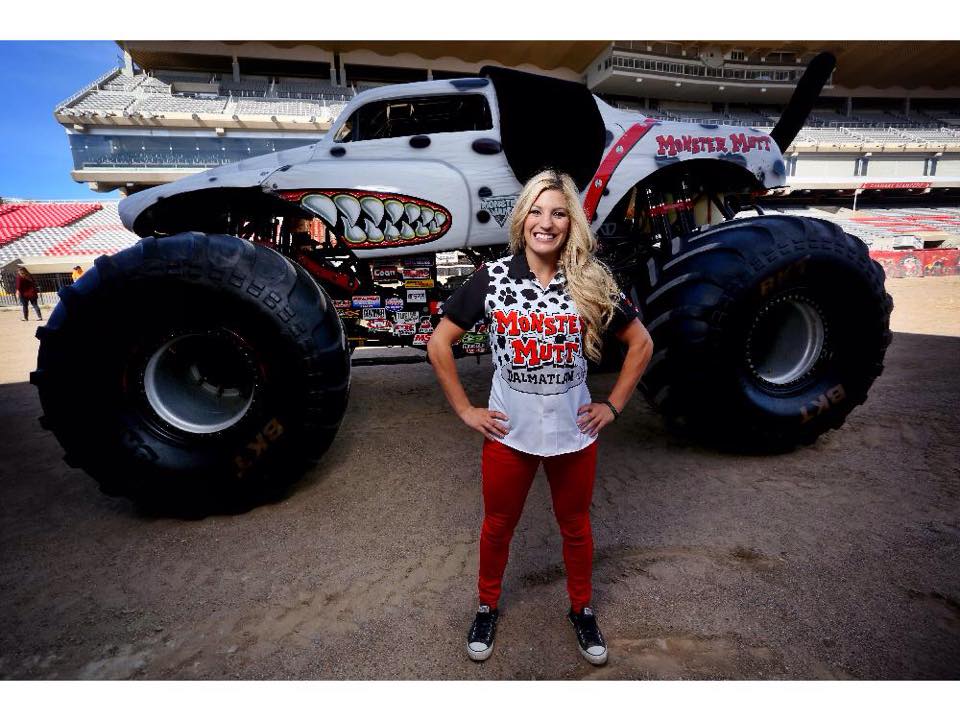 What’s next for Cynthia? “Monster Jam just gave me the opportunity to be part of a new tour called More Monster Jam. It is a lot of work mentally and physically because we race 3 different vehicles (Monster Jam ATV, Monster Jam Truck and Monster Jam Speedsters) in 7 different competitions.” Calgary Herald photo

What’s next for Cynthia Gauthier?

Thank you for your time Cynthia. Is there anybody you would like to thank?

I would like to thank everyone who has believed in me and helped me to get where I am right now. I am planning on coming to ride at Sand Del Lee or X-Town next year and I hope to see a lot of riders. 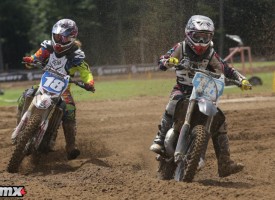 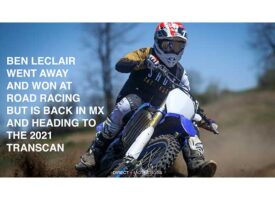 Poll Results – Which Brand of Bike Will You Be Buying in 2015? 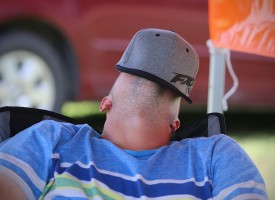 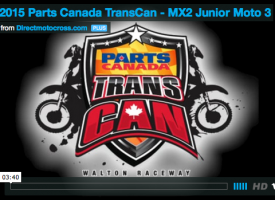