It wasn’t the best Daytona track, but the racing was still pretty good. Many people were complaining about the design, but they all had to race the same track. Eli Tomac picked up his first win since having double shoulder surgery in the off-season and switching teams. He looked very good, but I still don’t think he’s ready to win on a traditional SX track yet. Dungey was Dungey, and kept it very close, and Marvin Musquin is showing that he is, in fact, ready to be a 450 star. Let’s have a look at the results and see my thoughts.

1st Eli Tomac: Eli looked very good on the rough Daytona track. I think the soft rutted track helped him, but I still don’t think he will be a instant winner again on the more hard pack traditional SX tracks. Either way, this was a nice ride, and Eli and Kawasaki both needed it.

2nd Ryan Dungey: Dungey is in complete control right now. He has 25 straight SX podiums and counting after a nice ride at Daytona. He said it wasn’t a great ride for him, but he really wasn’t that far off of Eli. Can you say ‘The Dungey Era?’

3rd Marvin Musquin: Marvin is very confident right now and just showed everyone, including himself, that he belongs at the top. He rode great and was smart enough not to push and take a nice 3rd. He will win soon.

4th Jason Anderson: Quiet night for Anderson, but if a quiet night gets you a 4th… that’s pretty sweet. Anderson is a part of Baker’s Factory, and I really think that his great fitness helps his style of riding. Some people are a little pissed off at some of his passes (Cole Seely) but, I saw both incidents and didn’t think they were that bad. It’s SX, people run into each other, hold each other up and sometimes play games. Shit happens.

5th Ken Roczen: His starts are killing him. Our good buddy Blake Savage needs to practice starts with Kenny all week long. With a start, he should be on the podium every week.

6th Trey Canard: It’s just weird seeing Trey this far up the results. I’m glad that he is finishing races, but where’s the crazy speed? I wonder where he will end up for 2017, because I can’t see Honda picking him over Seely, if they end up signing Roczen.

7th Josh Grant: Wow, what a ride from Grant. Depending on what happens with James Stewart, why wouldn’t Factory Suzuki use Grant for the remainder of the season and maybe outdoors? Blake Baggett is riding sore and James may not be back. I’m sure the sponsors are a little ticked at seeing only one bike out there this season. Josh could be that second bike, maybe even only bike depending on Baggett’s bad shoulder.

9th Justin Brayton: Justin moved forward in the main. It was a pretty solid ride. With Davi Millsaps going down with an injury, and ‘Shorty’ concussed, Brayton may be the only rider under the tent. I’m going to start the chant now…”Bring back ‘JT-Money’ Jason Thomas!”

10th Cole Seely: Cole came from last and had a good ride, but he’s a top guy and he needs to be in the top 5. When he gets a start, he’s been great, but when he doesn’t get the start, he’s just been good. He passed a lot of guys at Daytona, but he needs to get better at passing. He should take some lessons from his close personal friend Jason Anderson.

Biggest Stud: Josh Grant is my stud. He just showed how much natural speed and talent he really does have.

Biggest Dud: I hope that James Stewart is OK and that this isn’t the last time we see him, but I have a sick feeling in my stomach that he may be taking the RV route into retirement. Let’s hope that is not the case and we see the real James Stewart back at some point!

Biggest Surprise: I was hoping the laps would have been a little longer and that the track flowed a little better.

Thanks for reading, and I will see you in Toronto. 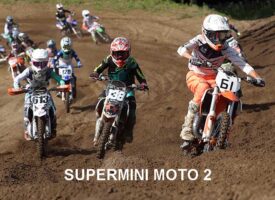 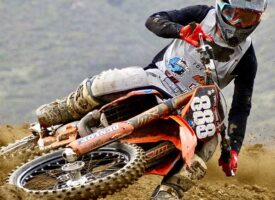 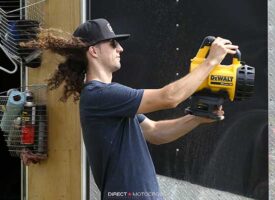