By now, everyone has seen the Weston Peick/Vince Friese incident over and over again.  Before I get started, I would like to make it clear that I am not employed by MotoConcepts, and no I am not Vince Friese’s long lost cousin or anything like that. Vince has a history of questionable riding. Some call it dirty, and few just think he’s tough to race and that he is just racing you hard for every inch on the track. The A1 hate began for Friese early on in the heat race after Vince got a great start. Get used to it, Vince is a great starter, and his SX skills have improved quite a bit. Anyway, the first incident caused Dean Wilson to crash. Deano just ran out of room. Eli Tomac came over on Friese, forcing Friese himself to move over to avoid contact. Poor Dean Wilson was just in the wrong place at the wrong time. Nobody’s fault, that was a pure racing incident.

The first incident causing Peick to go down was very similar. Since the beginning of time, incidents like that have happened in Supercross, and they will continue forever. When you have two guys racing for position, the first instinct is to edge out your competitor and take the race line. These guys are both going into the corner hot and coming out even hotter. Nobody wants to give an inch and nobody wants to chop the throttle and lose the upper hand or possibly lose an edge leading into the next section or corner. Vince held his ground and Weston held his as well. Guess what? There’s only so much race track and Weston ran out of room and went down. Passes like that is classic Supercross and it is just part of racing. Once again, nobody’s fault.

Now, onto the final incident involving Weston and Vince. Weston is faster than Vince, but when Vince gets a good start he can run the pace of the top group for a while. Peick had the outside while Vince was on the inside and cutting under to take away the race line and make the pass. Yes, Vince was going to make contact, but, trust me, it was clearly not a “takeout move.” There was zero intent to knock Weston down. The berms were a little marblely and after the contact Weston lost all traction and went down. Dirty move? No. Clean move? No. A typical Supercoss block pass that went wrong? Yes.

Fast forward to the main event. Trey Canard put a similar move on Ryan Dungey. Canard and Dungey weren’t as high up in the corner and only Dungey went down. Was it a dirty move? No, it wasn’t, and nobody wants to kill Trey. It was seen as an aggressive racing incident. Part of that may have to do with Vince Friese’s track record with rough riding. I won’t disagree that Vince has cleaned a lot of riders out over the years – more than anyone can remember. Everybody is aware of how Vince rides in tight situations. Like they always say, there are certain riders that you need to know where they are at all times. Vince is one of those riders.

Now, for Weston’s reaction, it was just plain stupid. Weston, you are a professional athlete and you have many people looking up to you and admiring you. At no time, no matter what the situation, do you have the right to put hands on any competitor. Your lack of common sense cost your team a bike in the main event, not only at A1 but also San Diego. That’s what sponsors pay for and expect out of a factory racer. Sure, you may gain more followers on Instagram, and that’s what it’s all about, right bro? Wrong. You are paid to put that JGR Yamaha into the main event each and every round. So, maybe you would have had to go to the LCQ to qualify. You’re Weston Peick, nobody messes with Weston Peick.  I, myself, would maybe stop believing the ‘Weston is tougher than Chuck Norris’ BS and just concentrate on my fitness and speed and continue to try and improve. You’ve now got 2 weeks to think about this, so maybe put some ice on that paw, because punching a guy in the helmet is just stupid.

OK, so there it is. I’m sure a bunch of you are going to strongly disagree due to your immense hatred on for Vince Friese, but oh well, I get to write a story on it and you only get to rant on social media. Thanks for reading.

NB: Peick received a $5000 fine and will miss the San Diego round this Saturday. At this point, there has been no penalty to Friese.

If you have a comment for Jeff, send them to info@directmotocross.com 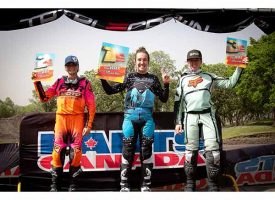 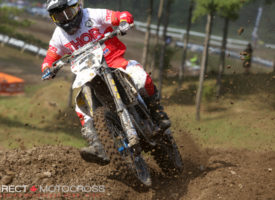 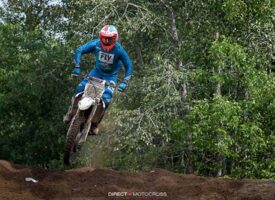 On the Radar | Hunter Tse 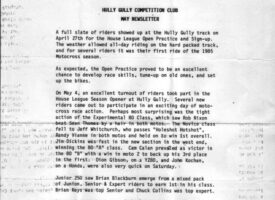