Fountain, FL, (Sunday, January 18, 2015) – The Motosport.com Arenacross Tour traveled to Hattiesburg, MS for round seven of the 2015 season where Heath Harrison continued his perfect season of consecutive wins in the Clash for Cash class. Johnny Moore who finished third at the previous round, improved to finish second this weekend moving him closer to Harrison in the points chase. Zachary Bishop-Burnett proved consistent, finishing on the podium in both main events, as well as the Clash. 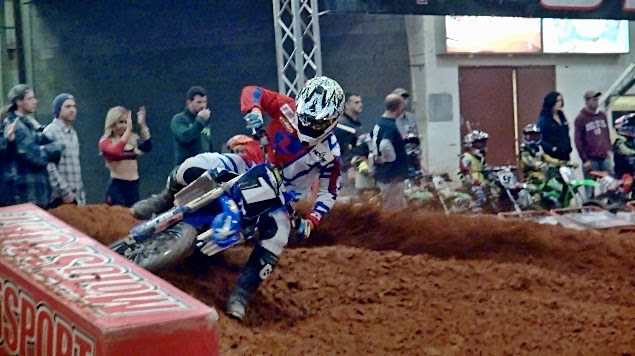 Heath Harrison set the fastest overall lap time of timed qualifying aboard his Got Gear Motorsports backed KX450 with a 23.277. Johnny Moore was not far off his pace with a time of 24.013 in the AX Lites Pro timed qualifying session.

In the AX Lites Pro main event, Johnny Moore grabbed the hole shot and Zachary Bishop-Burnett was a close second. Moore held onto the lead with Bishop-Burnett finishing second, Taylor Holt in third, Andrew Pierce in fourth, and Shane Freeman making his pro debut in front of a hometown crowd who finished fifth.

In the main event of the AX Pro class, Heath Harrison was able to get an early lead with Zachary Bishop-Burnett and Taylor Holt following. Johnny Moore was forced to recover from a back of the pack start but was able to work his way into the top three. Heath Harrison clenched the main event win with Zachary Bishop-Burnett maintaining second, Johnny Moore in third, Taylor Holt in fourth, and Connar Troyer rounding out the top five. 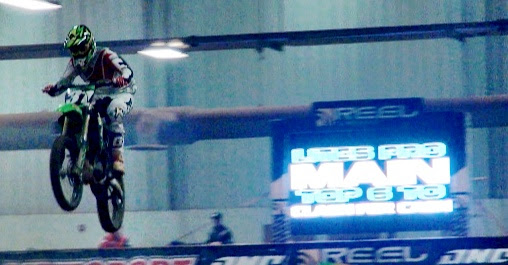 In the Clash for Cash, Heath Harrison led from the gate drop to the checkered flag for all 20 laps. Zachary Bishop-Burnett was second until he went down in the whoops and was passed by Johnny Moore who tried to reel in Harrison. Holt notched his first Clash for Cash podium with the Tour behind the current points leader, Heath Harrison, and former class champion, Johnny Moore. Andrew Pierce was able to finish fourth and Zachary Bishop-Burnett worked his way back up to fifth. Harrison currently has a 76 point lead in the Clash for Cash overall points chase heading into the final two rounds of racing.

For more information on the upcoming round in Starkville, MS on January 24th, 2015 please visit: http://arenacrosstour.com

Your one stop for all things moto-related. We're "Canadian Motocross News...First" but we cover it all.
www.directmotocross.com

#throwbackthursday Wherever there’s a father wh

Did a #podcast #interview with Jetwerx CEO Justin Thompson today. We tried to cover all the reasons for and ramifications of the new changes to the @TripleCrownSer schedule.
Get it at your fave podcast source.
Presented by @ktm_canada