Travis Sewell took the checkers in both the AX Pro and the Clash for Cash. FXR Rider Heath Harrison, last year’s undefeated Clash for Cash champion, wasn’t able to continue his streak into this season. Daniel Herrlein grabbed the holeshot, leading many laps of the Clash. Though Sewell and Harrison were both in back positions off the start, Sewell managed a second place position in the first turn. Heath Harrison worked his way to fourth, putting pressure on Andy Daggett before taking the third place position.

In the Lites Pro main, Mathew Weakley, making his pro debut, pulled the holeshot followed by Daniel Herrlein. This was an impressive achievement for Weakley, who has been one of the Tour’s top amateur racers. Herrlein made the pass on Weakley early in the race while Brock Leitner held third for a couple laps before being passed by Sewell. Leitner, who drove all the way from British Columbia to race the series, podiumed in the Canadian National Arenacross Tour and hopes to achieve those results in the States. Daniel Herrlein took the checkers, followed by Travis Sewell and Jared Lesher. Rookie Weakley held onto fourth.

Sewell and Harrison were bar-to-bar coming into the first turn of the AX Pro, but Sewell managed to grab the lead. Herrlein stayed right behind Heath, who made a mistake early in the race but managed to hold onto second place. Jake Oswald held fourth before being passed by Donald Alford. Sewell took the Pro win, followed by Harrison and Herrlein.

Current ranking is listed below:

The next gate drop will be on December 5, 2015 at the Batesville Civic Center in Batesville, MS. Tickets can be purchased in advance online until midnight before the race or at the event the day of. If you are unable to attend but still want to stay connected to the action, be sure to tune in to the LIVE video broadcast by following the link on the site.

For more information about the Arenacross Tour, please visit:  The official website of the 2016  Arenacross Tour presented by FXR Racing is www.arenacrosstour.com.  For all media requests, please contact Whitney Averill via e-mail at whitney@jetwerx.ca. 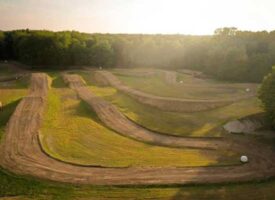 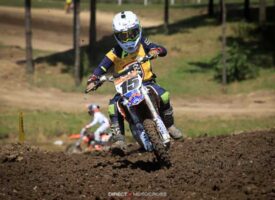 Race Videos from Friday at the TransCan | Fox Racing Canada 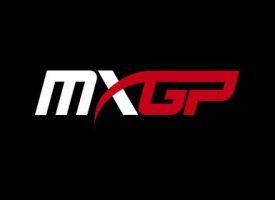 Subscribe to MXGPTV.COM to Watch Matterley Basin this Weekend