The intention of allowing 250 two-strokes to compete in the MX2 class was to allow Canadian privateers an affordable way to compete in regional, provincial and national level events. That has been achieved in all regions of the country, apparent by the growing number of 250 two-strokes that line up every weekend to race. However, at the Pro Nationals where a substantial investment is made by all manufacturers to compete at the front of the pack, which is where all of the attention and publicity is gained, the set rules and eligibility guidelines have created concern among the manufacturers that do not produce and retail a 250 two-stroke.

Rather than jeopardize having 250 two-strokes eliminated completely from the MX2 class, there have been additional eligibility rules established that limit certain riders that will be competing for a championship. The new limitations insure that the original intention of the rule is maintained and the overwhelming majority of riders that compete on a 250 two-stroke will not be affected. Therefore, beginning at the 2016 Rockstar Energy Drink Motocross Nationals, 250 two-strokes can be used for competition by Canadians only. Additionally, riders that had an overall finish in the top five at the National series in the MX2 class within the last three years will not be eligible to compete on a 250 two-stroke.

The MX2 ProAm class has always been considered to be a developmental class for up and coming riders, and not one for established, top level Pros. To insure this mandate is withheld, as of 2016, any rider that finishes in the top 5 in the MX1 class will not be eligible to compete in the MX2 class for the following three years.

Much thought and discussion has taken place to establish fair, clear cut rules that leave no grey area. These new eligibility guidelines are well defined, satisfy the manufacturers and will be well received by privateers throughout the country.

For the 2016 CMRC Rockstar Energy Drink MX Nationals, the following rules will apply to 250 two-stroke motorcycles in order to be eligible for competition:

1)     The bike must remain in stock form from the intake manifold to the exhaust port, and all engine parts between those two points. All engine parts (ie. cylinder, cylinder head, piston, rings, rod, etc.) must be OEM for that year model.
2)     Intake manifold is defined from the rubber boot clamps to the carburetor. No porting or headwork allowed.
3)     There are no restrictions on pipes or mufflers other than the fact that they must meet the sound rules.
4)     CMRC will conduct random engine checks throughout the series if necessary. CMRC will have a cylinder, cylinder head and piston from each manufacturer for comparison.
5)     Any bikes found to be modified will be excluded from the results of the day’s competition.
6)     Aftermarket pistons, rings and crankshafts are permitted providing they have the stock OEM specifications.
7)     Additionally, a rider may not switch from a two-stroke to a four-stroke or visa-versa. The type of machine on which a rider begins the series is to be used to the completion (ie. Start on a two-stroke, finish on a two-stroke).
8)     Modifications or replacement parts will be deemed illegal if they are not listed above.
9)      Any rider that had an overall series finish in the top five in the MX2 class at the CMRC Pro Nationals within the last three years is not eligible to compete on a two-stroke.
10)   Only riders that have a Canadian citizenship are permitted to compete on a two-stroke.
11)   Top five finishers of the MX1 class in the 2016 Nationals and beyond will not be eligible to compete in the MX2 class for the following three years. 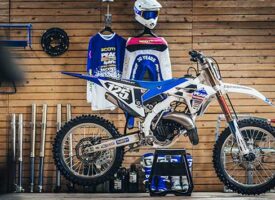 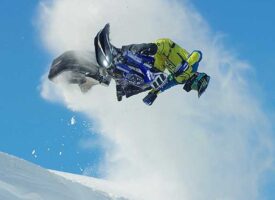 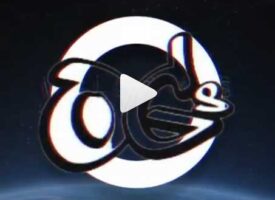 Team PRMX Adds OGS Optics to Their List of Sponsors