After a two-weekend break, the 2015 Rockstar Energy Drink MX Nationals resumed at the famed Gopher Dunes sand track in Courtland, Ontario. Courtland sits about an hour east of London and shares its terrain with the nearby Lake Erie coast – it’s soft, deep sand.

Rockstar Energy OTSFF Yamaha’s #101 Matt Goerke is known as a sand specialist and we were all ready to witness another clinic like we saw in 2012. Behind him in the points going in was #1 Honda Canada TLD Honda’s Colton Facciotti and Monster Thor Kawasaki’s #123 Brett Metcalfe, who is also an animal in the sandy conditions.

When we showed up early Sunday morning, the track and pits were in perfect condition. A+ to the crew for having the banners looking great. You really got the sense that you were at a major sporting event! The weather was also perfect: 26 degrees C with some solid humidity hanging in the air to force riders to their physical and mental limits. Here’s a look at the round 5 action.

At the end of the morning riders’ meeting, Kyle Keast voiced his concerns about the safety of the approach to the finish line jump. Several others backed him up and head referee Paul Kingsley said he was happy with what the crew had come up with but that he would monitor the situation throughout the day. It remained the way it was and nobody seemed to have any issues with the set up, fortunately.

Younger Da Silva brother, #118 Christopher, lined up on his 150 2-stroke to race his first Pro/Am MX2 event. He didn’t make the motos, but watch for him to try again this week in Ottawa.

It was also the first Pro National attempt for young #456 Jean-Christophe Bujold who raced the C class at Loretta’s last summer.

He may have only finished 32nd overall (33-27) but #818 Davin Grose thrilled us all with his finish line jump style.

#51 Brock Leitner gave racing another shot with a sore ankle. He could only muster a 37-DNF and had to call it a day.

#213 Tommy Dallaire looked good out there as an Intermediate and had a very solid 19th in the first moto. Unfortunately, he went down in the first turn of the second and took a DNF for 26th overall.

#204 Justin Roney is busy with his Canadian division of TCD Suspension out of Xtreme Toys in London. He fought hard for a 25-19 25th overall.

Bujold had ‘Top Intermediate’ honours in the bag until he had trouble in the second moto and took a 28th. 18-28 put him 23rd.

Top Intermediate rider was #155 Guillaume St. Cry with 27-16 motos for 22nd. Let’s see which of these two riders comes out on top this week at the Ottawa National.

If you didn’t scrub this big single wall before the finish line, it sent you sky high. This is the jump Parts Canada Thor Husqvarna rider #3 Tyler Medaglia pulled the ‘Eric Kehoe at Gatorback’ over trying to get past #148 Royal Distributing Fox Racing KTM rider Cole Thompson on the last lap of the first MX1 moto.

It took me several laps to figure out who the #555 with the big #1 on his back was in first MX2 practice. It was Jarek Balkovic who was up in 3rd place at the start of moto1 and finished 12th. His 2nd moto DNF dropped him back to 20th.

This was the first visit to Gopher Dunes for California’s #444 Dustin Creson. His 22-15 motos put him 19th.

#38 Tim Tremblay was set to make his triumphant return to Pro National racing last weekend and looked great battling up in the top 10. Unfortunately, he tweaked a finger and toughed out a 10th place in moto 1 and then packed his van and said that was it for his motocross nationals this summer. He’ll focus on his Snocross career instead. 10-DNS 18th.

I hate to paint #17 Redemption Racing Fly Dragon KTM rider Seth Rarick with the ‘Badluck Schleprock brush’ but he’s having a tough go this summer. Again, he had the speed but not the luck. He pushed to a 7th in the first moto and then was climbing his way through the pack in the 2nd but had a motor go away on him for a DNF. 17th overall. Next week, Seth.

I hate to use this shot of Rockstar OTSFF Yamaha’s #14 Shawn Maffenbeier because he was up in a very solid 3rd when his motor went in the second moto. With a 6th in the 1st he was looking for a very good day but 6-DNF put him back in 16th.

He lost valuable points but the battle for 4th overall is tight between 5 riders.

#108 Shawn Rife was the replacement for the injured Cole Martinez on the Monster Energy Thor Kawasaki team. He was down in the first turn and had to fight the entire day. 9-22 gave him 15th.

#39 Vernon Motorsports Thor Yamaha rider Jess Pettis was flying Sunday but sampled the sand and was forced to fight his way back.

#9 Strikt Racing Scott RMX Yamaha’s Morgan Burger had a rough first moto but came back for a 7th in the second. 20-7 for 11th.

Florida Husqvarna rider #803 Marcus Nilsen feels at home in the sand and kept pushing forward. 11-14 to round out the top 10.

Honda Red Rider TLD GDR rider #34 Westen Wrozyna joined the series at Gopher Dunes but got off to a rough start by going down in the first turn and playing catch up. He never gave up and finished very strong with 13-8 motos for 8th.

#620 GA Checkpoint Scott Yamaha’s Brad Nauditt went through a couple bikes this weekend. He was way back on the first lap of moto 1 and fought up to 15th and then grabbed 5th place in the 2nd on his practice bike. 7th overall.

If you’re looking for a ride to be impressed by, look no further than #21 Honda Canada TLD GDR’s Jeremy Medaglia’s 2nd moto run from last to 12th with half a rear sand tire and very little rear suspension after a first turn crash.

You can see his rear tire being worn away here. He dropped 5 points behind Decotis for 3rd in the points and went 3-12 for 6th.

He quietly went about his business and took 5th overall with 8-6 motos.

#20 Canada’s Motorcycle FXR Yamaha’s Dylan Wright is happiest when his right hand is in this position. He duplicated his rookie year at Gopher Dunes on Sunday.

He finished 5-3 for 3rd overall and has to be looking forward to heading to the track he literally lives 30 seconds from this coming week at Sand Del Lee.

The team was pretty happy about that finish.

If you paid your money to see if Jimmy Decotis could run with Benoit in the sand, you got your money’s worth and more!

The two kept the crowd running from fence to fence as they raced this close the entire second moto.

He had to remove his goggles and that was about it for his chances of making a pass on this track. 2-2 motos put him 2nd and he jumped ahead one spot in the standings at 2nd.

Jimmy was feeling it at the end of that one!

He handled the non-stop pressure like a champion and went 1-1 for 1st overall.

He now has a 29-point lead in the title chase.

#104 Richard Grey came back to race Gopher Dunes this year. His day didn’t go the way he wanted and DNF-26 is what he ended up with for 29th. I wonder if he can get a deer dent out of the #dmxvan for me? Dent King, anyone? That’s Motopark FXR Yamaha rider Zeb Dennis in that sandwich. He finished 36-24 for 27th and is off to Spain with the Team Canada Jr. Team. Good luck, guys.

#978 Franklin Nogueras had most thumbing their programs after running in the top 7 for 3 laps of the first moto. 19-22 put him 24th.

#24 Danyluk Racing FXR Suzuki’s Kyle Swanson surprised most when he lined up for MX1 this week. It didn’t exactly go smoothly and his DNF-15 put him 23rd.

49-year-old #160 John Dowd showed up with his son Ryan and battled hard for 17th place. His 26th first moto was nothing compared to his 10th in the second!

#23 Freedom Cycle FXR KTM’s Dylan Schmoke had a great 1st moto taking 10th and his 21st in the second put him 16th on the day.

After a very fun-to-watch battle with his dad in the first moto, Ryan Dowd finished a couple spots ahead in the overall with 12-16 motos for 14th. They are both scheduled to ride again this week in Ottawa.

#148 Royal Distributing Fox Racing KTM’s is fast at Gopher Dunes and proved it with a 3rd in the first moto. Unfortunately, after crashing in the first turn of the 2nd, he was forced to nurse a sick 450 as gently as he could until it finally quit on him. 3-DNF put him 13th.

#30 Honda Canada TLD GDR rider Kyle Keast took one heck of a fall in the first moto (check out the video on our Facebook page) and still managed 16-11 motos for 11th.

After finding out he wasn’t eligible to race MX2 due to his placings in the AMA, #475 Parts Canada Thor Husqvarna’s Kyle Regal raced MX1 on his 250 2-stroke. He had a solid 1st moto 9th and then after going down in the first turn of the 2nd came back to 17th for 10th overall.

Duroy Racing KTM’s #33 Shawn Robinson put in two solid motos Sunday. His 15-9 gave him his best overall of the year in 9th.

You could tell where local boy #36 McKee FXR Yamaha rider Hayden Halstead was by the cheers from the crowd. He came from a first-turn fall in the first to 11th and then grabbed 8th in the second for his best-ever 8th overall.

A self-admitted non-sand guy, #761 Redemption Racing Fly Dragon KTM rider Cade Clason dug deep and came away with 8-7 motos for 7th. You can pretty much pen him in for 6-8 each week it seems.

#7 Rockstar OTSFF Yamaha’s Bobby Kiniry got out to a great start in the first moto but then was down in the first corner of the second. He beared down and pushed all the way up to 6th.

The first moto didn’t go without incident, but his 5-6 put him 5th.

#1 Colton Facciotti led the first moto for a few laps before Goerke got past him and then he took a pretty hard fall (this isn’t it). He came back in the second moto to take 3rd for 4th overall (6-3).

Parts Canada Thor Husqvarna’s #3 Tyler Medaglia has been after another podium since round 1. He rode great and took the Royal Distributing Holeshot Triple Crown money by grabbing both holeshots. 4-4 gave him 3rd.

#123 Brett Metcalfe had some sort of bug Sunday and still managed to put in 2 great motos on the toughest track on the circuit. He finished 2-2 for second and put on an amazing show for the fans in the second moto.

I wish I had a photo that showed how fast #101 Matt Goerke is on the Gopher Dunes track. We wanted to see a repeat of the skill he showed us in 2012 and we got it.

I hope you didn’t miss dinner reading this one! Thanks for reading and we’ll leave it with this shot of Women’s Eat Nationals contender Chloe Metcalfe’s pit sign to her boyfriend #781 Zach Zagar. She didn’t know he’d just crashed and rung his bell. See you at the races this weekend in Ottawa! 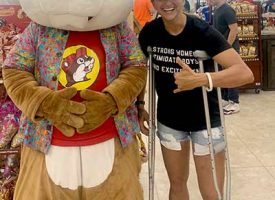 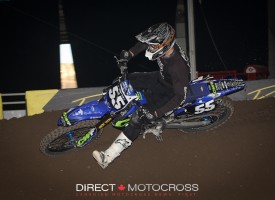 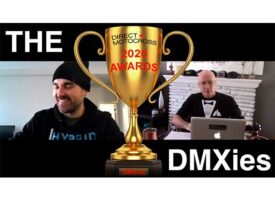