How did you get started in racing?
My older brother has been racing since he was really young, and my dad owns the local Kawasaki dealership, so it fit well.

As a little girl, did you ever expect to be this deep into a sport like motocross?
Definitely not. If you asked me when I was twelve, I would have never said, “all I ever want to do is race dirt bikes.”

Do you think motocross is harder for a female to compete in?
Yes and no. On one hand, it is because there are always guys who hate girls being fast and have no problem T-boning you in a corner. On the other hand, there are those guys who are scared to get close to you in corners because they don’t want people thinking they hit a girl. It goes both ways.

Who is your favourite rider and why?
Ryan Dungey. I love his consistency.

Is there one lady racer out there that you think has paved the way for other girls to be successful in the sport?
Denaye Arnett, of course. There wouldn’t even be a national series if it wasn’t for her and Camille (Bunko).

What Canadian Pro do you look up to and why?
Kennedy Lutz. Even though she’s younger than me, I love racing with her and I love how you can see her determination when she rides.

Kate looks up to Kennedy Lutz for the way she rides with determination. – Denaye Arnett photo

What is your favourite track and why?
Carlyle, Saskatchewan, because it’s fairly technical with a lot of jumps and also Minnadosa, Manitoba, because it’s a super-fast track with amazing dirt!

Who is your hero?
My brother and both of my parents.

What are your goals for next season?
Competing in the Women’s Western Motocross Nationals and I’m hoping for a top ten!

What are your biggest accomplishments?
In 2014, I finished 3rd overall in the SCRC ‘B’ class which was pretty awesome! I also have won the women’s championship in SCRC for three years straight.

What is your favourite part about going to the races?
My moto family. I couldn’t imagine my life without them. The fire the nights before races are all I crave in the off-season.

Kate loves going to the races and being with her moto family. – Kate Lees photo

What do you like to do when you aren’t racing?
Sew. It’s ridiculously lame but I don’t get a chance to do much else while living in the city and going to school! I also have a major passion for snowmobiling!

Is it important to have a motocross racer as a boyfriend/partner, or just a bonus?
I think it’s important. People who don’t ride don’t understand the passion that comes with racing.

If you ever have children, will they be motocross racers?
Yes. I don’t have any doubts.

Who do you want to thank?
Moose Mountain Leisure, Kimpex, Team Green Canada, Lees Oilfield, Kelly’s Hotshot, Spectrum Resources, KSM Truck and Trailer Rental, my mom and dad, and anyone else who’s ever helped me out. 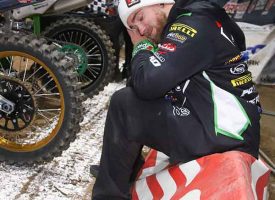 Faces at the Races | AMA Arenacross Round 4 – Prescott Valley, Arizona 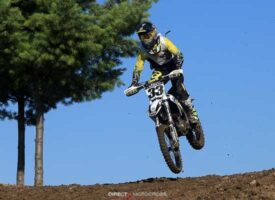 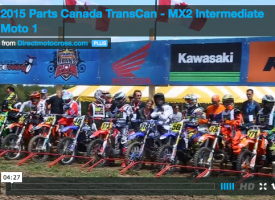 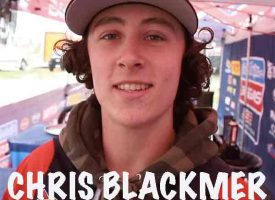 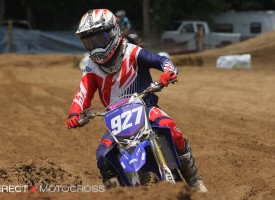