If you’re from the south, you just don’t understand how much this time of year means to us up here. We are forced indoors for the better part of 4 months during the winter (and this one was particularly bad in most of Canada!). Once the thermometer finally heads north of zero we head to the tracks like a bunch of bears after a long winter’s hibernation. A lot of tracks have been open in the Southwestern Ontario area for a few weeks, but this was the first competitive race of the season on the CMRC/AMO schedule.

Gopher Dunes is not the type of track you want to show up and race at if you haven’t had the chance to ride all winter. The bottomless sand track has the reputation as being one of the toughest track in North America and to race it when you’re not ‘race ready’ can lead to problems.

I was anxious to see who’d put in the work the last few months and who was going to be left chasing fitness as the 2015 Rockstar Energy MX Nationals fast approaches. There’s really nowhere to hide at The Dunes.

Here’s a look at some of the action from the lens of Tyler Spikman Sunday in Courtland, Ontario:

The day started out promising with sunny skies and reasonable temperatures. Unfortunately, the wind picked up and the clouds rolled in later in the day.

Riders lined the hillside for the morning riders’ meeting.

Almost as assuredly as the sun will rise tomorrow, Bill Van Vugt Sr. was at Gopher Dunes to line up and race.

Get used to it kids. Even if you turn Pro and tour with the AMA Supercross series, you have to sit through these things.

I showed up just as everyone was walking back to their pits. All I ever needed to remember was what a blue flag meant!

It was nice to see young Fox KTM Canada rider Tanner Ward at the races continuing to heal.

#96 Crayden Dillon took the Open class with a 3-1 even with this tip-over.

Vanderslagt got off to some great starts.

But this crash took some of the wind out of his sails.

#11 Shandell Przybilla took the Ladies win with 2-1 motos. #110 Breanna Rose looked to have the win but bike problems forced her to ride a smaller 150 in moto 2 and she fought hard to a 1-4 score for 3rd overall.

#818 Davin Grose has great style and he used it to take the win in the MX2 Intermediate class with 1-1 moto.

Get used to seeing #424 Austin Watling up front in the Junior and Schoolboy classes as we head for the Parts Canada TansCan. Every time I turned around he was winning a race!

The Supermini win went to #527 Jake Tricco after winning both motos.

It was great to see #104 Richard Grey and his dad back at the races this past weekend.

He knew he was going to be in tough after being off the bike for almost 2 years but it was a messed up throttle that would end his day prematurely.

There was a small but competitive group of Pro riders at Gopher Dunes Sunday, including #3 Parts Canada Thor Husqvarna rider Tyler Medaglia who made the trek from the east coast to escape the snow. You read that right…

A Pro Am moto hits the first corner with Medaglia at the front to stay.

What? I’m missing a Pro race?!

#30 Honda Canada TLD GDR rider Kyle Keast was one of the riders fighting for Pro wins but crashed hard and sat out the rest of the afternoon.

O’Farrell is running a KTM 250 2-stroke this season and finished 2nd in Pro Am with 3-2 motos.

Tyler Medaglia won all 4 of his motos in Pro Am and Under 30 and looks ready for the season to get going. He didn’t make it easy on himself, however. After going down early, he was in last place while Keast was running away up front. Unfortunately for the Honda rider, Keast crashed hard while leading and Medaglia worked his way to the front to complete his sweep. If the speed these two showed is any indication, it should be a good battle this summer.

Full results can be found HERE at CMRC Racing.com

It was a great kick-off to the season around here and most riders asked said they were heading to Motopark this coming weekend. Thanks for looking. See you at the races… 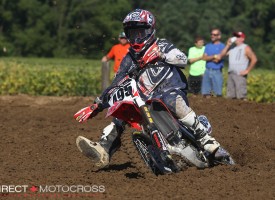 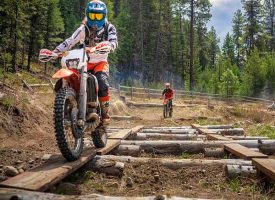 On the Radar: Ty Rahm 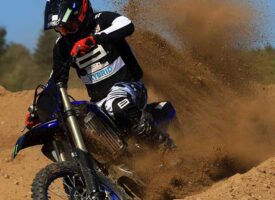 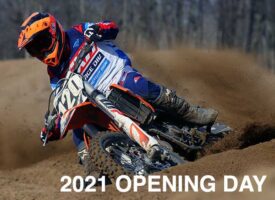