Julien Benek is the rider who earned #50 for the 2021 season. He’s also one of the Canadian racers spending time down south right now getting ready to take a run at Monster Energy AMA Supercross in 2022.

Julien is a member of the Partzilla PRMX team for the upcoming season and is down at SOBMX in Dillon, South Carolina, with the rest of the team putting in the work and laps at what has to be the most interesting place to train in all of North America. Seriously, have you stopped in at South of the Border on I-95? It’s the Wall Drug of the east and I have the tee shirts to prove it…

At this point, it’s most likely we won’t see Julien until the 250 East starts in Minneapolis on February 19th.

Direct Motocross: Hey, Julien. We just did a video interview down there at SOBMX, but I know this is definitely your first time with a number in the top 52, so we’re going to have to start at the beginning with you. Here we go. Can you tell everyone how old you are, where you grew up, and how you got into motocross in the first place?

Julien Benek: I’m 17 years old and I grew up in the small town of Mission, British Columbia. I hopped on a PW 50 on my second birthday and ended up crashing. A year later my dad thought I was ready for my first bike and got me a Honda 50.

Let’s hear the story about how you chose your first number.

Honestly, I cant remember how I got my first number. I can barely remember things from like 3 years ago. My first number was 70 and I ran that number all the way until 85’s and then my number changed to 170.

How would you rate your dad’s, Oliver Benek, MX career? Could you beat him in his prime?

He was all right. Haha. I think he definitely got his name out there seeing that he knows all the OG’s in Canadian moto. I think I could, without a doubt, beat him when he was in his prime. Knowing him as well as I do, I think he would crash trying to keep up with me. Haha.

You come from a sort of hotbed of Canadian MX. Who did you come up through the ranks battling?

Me and Ryder McNabb have been racing against each other since we were on 50’s. Throughout 85’s me and Zach Ufimzef would battle with each other all the time. I moved up to big bikes and then my dad was matching my speed, but he wasn’t a problem for long. Haha.

You never really headed south to race many of the big US amateur nationals, did you?

I went to California with Zane Mellafont in 2017 on superminis and raced the Fly amateur national at Hangtown. I didn’t do very good but it was a good experience. Then in 2018 I went and raced an amateur national on superminis at Milestone. I cant remember the name of the event but I didn’t do very good at that one either. Hopefully, I can change that this time around.

You had a really strong 2021 season. You almost landed on the podium with a 4th place at the final round of MX. Can you tell how your MX season went? Yeah my mx season went a lot better than i expected.

I was really hoping I could get at least one podium finish this season but I guess that wasn’t the case. I’m hoping to be a consistent podium guy this upcoming outdoor season.

Then, you looked like you were going to be one of the ones to beat in SX, but you just couldn’t get a start and falls hurt you. Can you take us through the Gopher Dunes SX races? How would you sum it up?

The SX races were very frustrating because of those reasons. I think I had my starts figured out towards the end of the SX season but it was already too late.

When I crashed and tore my meniscus that was a real set back. I couldn’t do anything. Every day it was a mental battle not being able to ride my pit bike or go and ride my bicycle. I was at a stand still for about a month-and-a-half. To sum up my SX experience, it wasn’t great.

And now you’ve got the chance of a lifetime with the Partzilla PRMX team for 250 Supercross in 2022! How did this deal all come about? Did you plan on lining up down south this soon?

Yeah, it’s pretty exciting. Julien (Perrier) from PRMX was slowly making himself more and more present every time I would see him at a track or the nationals. We started talking and he seemed to like me and how I work. I guess he saw some sort of potential in me and offered me a ride on his team to race for him at AMA Supercross. At first, I was hesitant to do it just because I was going to be gone for long periods of time, but I came around and realized that I would be stupid not to agree to racing for him.

Now that you’ve been training at SOBMX for a while on their SX tracks, what are some of the key things you’ve learned about hitting these types of tracks?

Take your time. I have been rushing the process and it backfired on me several times. I’ve learned from my mistakes and I have become a different rider. Supercross is a whole different animal, you have to tame it before you can ride it.

How do you like having someone like Justin Hill in your corner to sort of mentor you guys. You know he won 250 SX in 2017, right?!

It’s great having Justin Hill on the team. Not just because of the things he teaches me about things to do on the bike but just watching him ride is learning to me. His style is very flowy and smooth. He displays it very well on the track making the most technical sections look simple. It’s mind blowing.

What’s the main thing you’ve been working on down there?

Being smooth and, obviously, endurance. Being able to complete a 20-lap moto and still have more in the tank. I’m on my way there. Just about ready. I just need to work on my riding and the endurance will come with time.

I didn’t get out of there without buying some ridiculous touristy crap. Have you bought any to take home as gifts?

I try not to just because I’m on a limited budget and I’m not gonna be home for a while so I don’t have a reason to by any sort of souvenirs to bring home.

I don’t plan on heading home for the holidays which is bummer but that’s the way she goes. I will be spending my holidays at the track.

OK, I could sit here and ask you questions all day, but we’ll let you get back to the whoops. See you down south and good luck. Merry Christmas, Happy Holidays, and who would you like to thank?

Cole Thompson from Brigden, Ontario, has just made the announcement that he is leaving the Red Bull Thor KTM Canada team after 9 solid years with them.

He mentions in his video farewell that he’s always said that if he wasn’t making a living racing in Canada then he would head back south of the border to race Supercross again. With the team going with Jess Pettis, Jake Piccolo, and Sebastien Racine for the coming season, the opportunity has come up where we’re going to see Cole racing Monster Energy AMA Supercross in the 250 West class on a Yamaha.

Here is his farewell to KTM Canada from his Instagram page:

As you can see in his latest social media post, he’s made the move to Yamahas as he makes his return to Supercross racing.

We’d heard rumours as to how he would be making this happen and have made a couple phone calls. At this time, nobody can confirm any deals, but there have been “light talks” with the gang over at Manluk Racing who are in Brooks, Alberta, with Quinn Amyotte this weekend for the LRX Alberta Arenacross Championships. He could, of course, be heading in as a full-on privateer, but you know that with his speed and skills at Supercross that likely wouldn’t be the way it would stay.

We’ll be sure to keep an eye on this and let everyone know more when we know it or when Cole makes another announcement on social media.

Cole has been our top Supercross rider for many years and still has potential to turn heads and do some damage. It will be interesting to see him back on a 250 starting at A1.

This move also means he should be going head to head with our other top indoor rider (and former teammate), Jess Pettis, when the season starts in California, January 8th at Angel Stadium of Anaheim.

Have a great weekend, everyone. Around here in Southwestern Ontario, the weather went from 16C yesterday to 3 today and 0C with snow for tomorrow. If you managed to get out for a ride on Thursday, you may have to consider that your final ride of the 2021 season because the forecast is beginning to look a lot like Christmas.

Next Frid’Eh’s Update will be up on Christmas Eve. I hope you’re ready for that one, #51 Josh Cartwright! 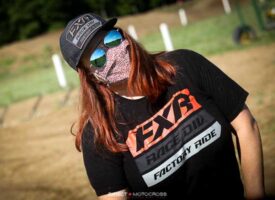 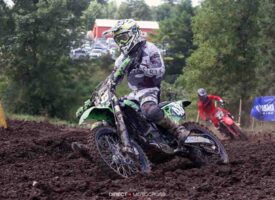