CAIROLI AND HERLINGS GO WIDE OPEN AT THE OPENER

LOSAIL (Qatar), 27 February 2015 – Mud, speed and intensity are three important elements to a good race. Throw in at least twenty of the world’s best MXGP riders and another handful or two of mega talented MX2 riders, with the addition of an amazing floodlit track surrounded by impeccable facilities and you’ll have one of the best off-road sporting events the world has ever seen. You’ll also have something that simulates the season opener to the 2015 FIM Motocross World Championship which took place last night at the amazing man-made motocross circuit of Losail, Qatar, where Red Bull KTM Factory Racing’s Antonio Cairoli and Jeffrey Herlings both took pole.

Also putting in some laps out here last night, the women of the FIM Women’s Motocross World Championship had two sessions where the defending three time FIM WMX World Champion Kiara Fontanesi was the fastest with Team One One Four’s Livia Lancelot and young Dutch girl Nancy Van de Ven rounding out the top three.

When the gates dropped for MXGP’s first qualifying heat of the year, everyone was on their toes yearning the race that was about to unfold. The anticipation was immense but it soon diminished when the eight-time FIM Motocross World Champion Antonio Cairoli took the holeshot and checked out.

With Cairoli getting comfortable right off the bat in the last position his opposition would want him in, the race for second was unfurling. Red Bull IceOne Husqvarna Factory Racing’s Max Nagl was boasting an all-new aggressive style, which appeared to be working in his favor for at least half of the race as he tried to maintain second in the wake of Cairoli.

Eventually the previous MXGP of Qatar winners, Rockstar Energy Suzuki World MXGP’s Clement Desalle and Team HRC’s Gautier Paulin found their turbo buttons and made a run at Nagl. While the German, Nagl, tried to match the pace it would appear he was a little caught off guard as both Desalle and Paulin blitzed past him.

With Nagl dropping back to fourth a few seconds clear of Rockstar Energy Suzuki World MXGP’s Kevin Strijbos in fifth, the duo of Desalle and Paulin went at it. Desalle, who was the fastest rider of the race began to chomp away at Cairoli’s lead, but Cairoli being as clever as he is, had it all under control and cruised home for a relatively comfortable win.

Desalle sealed the deal on second while Paulin looked good in third. Nagl and Strijbos rounded out the top five with Yamaha Factory Racing’s young rookie Romain Febvre putting in an impressive performance for sixth.

Hitachi Construction Machinery Revo KTM’s Shaun Simpson nursed his smoking privateer machine home for seventh, while the guy we have all been dying to see, Monster Energy Kawasaki Racing Team’s Ryan Villopoto made life tough for himself after a mediocre start left him bar bashing through the pack. The American also went down early in the race while trying to find some new lines, but made a good come back to finish hot on the heels of Simpson in eighth.

Could the first MX2 race of the year be a sign of how the championship might play out? When the gates smashed to the ground for the under 23’s first qualifying race of the season it was the young guns who were most eager. Red Bull KTM Factory Racing’s latest prodigy Pauls Jonass bought the confidence from his phenomenal pre-season to the line and nailed the holeshot followed by Monster Energy Kawasaki Racing Team’s young American Thomas Covington.

Chasing the surprise leaders, Red Bull KTM Factory Racing’s Jeffrey Herlings made life a little easier with a decent start in fourth behind Monster Energy Kawasaki Racing Team’s Jordi Tixier. A little nudge around turn four shifted Herlings up to third and left Tixier on the deck and outside of the top twenty.

As Tixier went to war in attempt to bounce back, Covington started to creep up on the Latvian, Jonass. It was hard to tell if Jonass was feeling the pressure or not, but either way he made a simple error at the end of pitlane and lost the front which dropped him back to fifth.

With Covington taking the reigns of the race, a much calmer Herlings rode cool and collective in second. Meanwhile with five minutes plus two laps to go, Covington’s Monster Energy Kawasaki Racing Team teammate Dylan Ferrandis started to hustle making the closing stages of the race a three-way for the win.

One-lap to go and a kid who resembled ‘the real’ Jeffrey Herlings showed up and pinned it up the inside of Covington to take over the lead. Covington, who admittedly wanted to fight for the win, couldn’t respond but managed to hold off his teammate for an impressive second. With Ferrandis being forced to settle for third, Wilvo Nestaan Husqvarna Factory Racing’s Aleksandr Tonkov rode a lonely race in fourth while Monster Energy DRT Kawasaki Racing’s Max Anstie made a late race pass on Jonass to round out the top five.

The defending FIM MX2 World Champion Jordi Tixier managed to charge his way back through the pack for eighth. 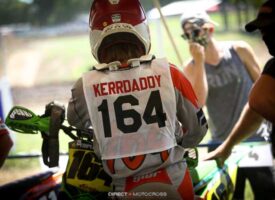 Race Videos from Wednesday at the TransCan 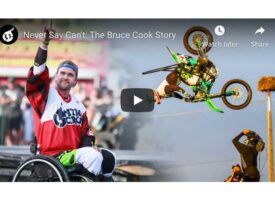 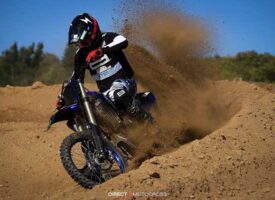 Canadian MX Nationals – Round 3 in Pilot Mound LINKS and Info

Yoshimura Suzuki Out of Arlington Supercross 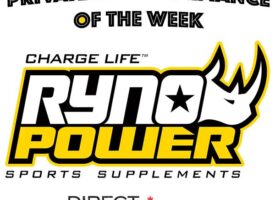