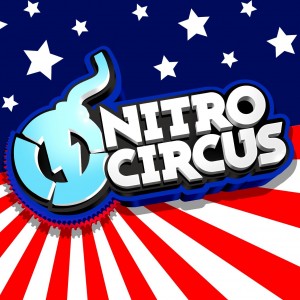 AVAILABLE NOW ON ITUNES AND OTHER VOD PLATFORMS WORLDWIDE

Originally Broadcast Nationally in the U.S. on NBC, this 90-Minute Special Chronicles Jed Mildon’s and James Foster’s Epic Quest to Land the World’s First Quadruple Backflip on a BMX Bike

Los Angeles, CA – November 30, 2015 – Nitro Circus, the action sports entertainment collective led by the legendary Travis Pastrana, released “Revolution Day: The Chase for the Biggest Trick in Action Sports History” worldwide on Tuesday, November 24. Fans can now purchase this riveting and action packed 90-minute special, which previously aired only in the United States on NBC, at major digital platforms like iTunes and, where available, on Amazon Instant Video, Xbox, Google Play, among others.

“Revolution Day: The Chase for the Biggest Trick in Action Sports History” chronicles the nine-month quest of Nitro Circus BMX stars Jed “The Warrior” Mildon and James Foster as they battled to achieve a milestone few thought attainable: the world’s first quadruple backflip on a BMX bike. Mildon was the first athlete to land a triple backflip while Foster is the only rider regularly attempting it today.  However, due to the much greater heights and speed required – each rider will have to launch more than 50 feet in the air at over 40 mph to make the necessary rotations – the quad flip presented an exponentially bigger challenge.

“Revolution Day” also highlights the great lengths, and different roads both athletes took on their journeys. Foster is from Southern California, U.S.A., while Mildon grew up on the other side of the world in Taupo, New Zealand. Early in his career, Mildon sustained his passion for BMX by working as a welder, expertise that he applied to the quad as he initially road on his own equipment. Foster, on the other hand, used a custom designed setup at Pastrana’s “Pastranaland” complex in Maryland, U.S.A. Both athletes, however, had to overcome numerous obstacles – including frightening crashes and countless injuries – as they reached for the (seemingly) impossible. With “Revolution Day,” viewers get a no-holds-barred, behind-the-scenes look at the skill, courage and determination necessary to try to defy the odds and achieve greatness that will resonate with action sports diehards and casual fans alike.

“Jed and James pushed themselves beyond their limits here. These are world-class athletes at the top of their game, going faster and flying farther than anyone else, with the difference between triumph and disaster measured in just a fraction of a second,” said Michael Porra, Nitro Circus CEO and creative director.  “The story captured in ‘Revolution Day’ is a compelling testament to human endeavor that everyone can relate to.”

For more information about “Revolution Day: The Chase for the Biggest Trick in Action Sports History” go to www.nitrocircus.com. 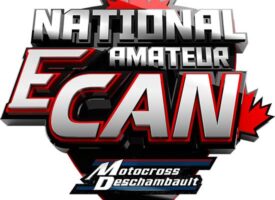 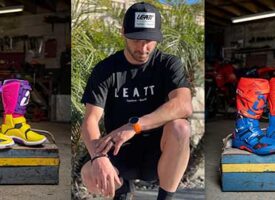 Congratulations to All Our LEATT Winners