First off, thank you to Trevor Unger at Ryno Power Canada for setting me up with a package of Ryno Power Hydration Fuel, Fruit Punch (non-GMO) flavour.

It comes in a soft package of 2 pounds (907 grams) and is listed as a “Dietary Supplement.” The specifics on the outside of the package list (per serving):

It says to use 2 scoops of the powder with 12-14 ounces of water prior to your activity and to drink multiple servings per day. Obviously, the intent is for you to enjoy it…and buy more! Why not?

I tend to go with 1.5 scoops in a water bottle, so it’s a little more diluted than suggested, but I like it that way.

Other nutritional values listed on the package:

So, a little background on me: I used to be right into all this supplement stuff when I was training and competing in triathlons. While preparing for the Hawaii Ironman, there is just no way you’re going to be able to put in the kind of miles that were necessary without using things like gels, bars, and powders.

(Side note: when those long races were finished, it took some time before I could even tolerate the smell of gels, bars, and powders.)

Through trial and error (and a little science) I was able to figure out what worked best for me. For the record, I sweat a lot of salt, so the sodium content is very important to me.

My thought for this test was to head out for a long mountain bike ride and see what happened. We hadn’t had much warm weather here in Southwestern Ontario until the day I headed out for this test ride. It wasn’t over 30C like it will be in the summer months, but 26C was high enough, I thought, to put this stuff through a good test.

Before heading out, I made sure I was hydrated nicely with water and had taken in enough food. If you head out for a long ride undernourished, nothing is going to save you from falling apart.

I knew this was going to be at least 4 hours of riding, as I was going to ride from my house and out to Fanshawe Lake Conservation Area to do the loop twice before heading home again.

I only took the one bottle of Ryno Power Hydration Fuel with me on the bike. I also threw a Nutri Grain bar and some almonds into my pocket. This amount of fluid really wasn’t enough, I knew that, but I was feeling a little sadistic and wanted to put this stuff to the test, so off I went.

Now, I should also add that the longest ride I’d done so far this spring was a 3-hour ride that was this same route but with just one loop of the lake. If I were training someone, I wouldn’t have suggested ramping up the miles quite this quickly. Do as I say, not as I do, I guess.

The first part of the ride is easy and is paved bike path out to the roads that lead to the lake. In total, it takes around 50 minutes to get there before hitting the trails. Also, these trails have a couple small hills, but they’re not all that challenging that way.

I made sure to take a drink every half hour and was feeling good as I met up with a few friends who I was going to do a loop with. The pace was pretty gentle, and I was happy about that.

After finishing one lake loop, I was feeling great. I was about 2 1/2 hours in and I wasn’t feeling any soreness or energy loss.

As this group of friends headed home, I bumped into another friend who was heading for a loop. Perfect! Company is always good and off we went.

He was taking a younger rider around the lake and it turned out to be a little slower pace than I wanted to go, so I pushed ahead. I didn’t want to be on the roads when it got dark and I was still feeling great!

I cut out a couple of the newer, “extra” trails and stuck to the main path. I was definitely going faster than I had on the first loop but kept my pace in check, since I knew I still had to pedal home on the roads.

It was around the 3 1/2 hour mark that I had my first feeling that I needed something to eat. Instead of busting out the bar, I drank a few more gulps of Ryno Power and kept going. I was actually surprised by how good I was still feeling.

As I completed the second loop, it became obvious that the wind was going to be in my face for the road ride home. Not great, but it would definitely test my stamina and the Hydration Fuel.

If anyone has ever pushed themselves to the physical edge, you know the mental edge comes just before it. I’ve “hit the wall“…”bonked” before and it’s not pretty. Long story short, I woke up in a canoe filled with ice water. The last thing I remember is getting cranky, swearing under my breath, and just dreaming of the post-race burgers I was going to have. Looking back, that’s a bad sign.

Loaded with this terrible memory, I knew what to look for as I pushed on toward my 4th hour of pedalling.

Like I said, the wind was in my face and it forced me to push harder than I would have wanted, just to keep the bike moving and make it home.

There’s an interesting psychology that goes along with cycling with water bottles: Yes, it’s best to have the fluid in you to get the most benefit, but there’s a huge mental benefit to always having just a little more fluid in your bottle. For me, I never want to be “out” of fluid. I’d rather be thirsty but still see a few sips there for when and if things get really ugly.

At about the 4:15 mark, I decided to eat the bar along the bike path. If you’ve ever been out this long and tried to eat, you know it can be a bit of a chore, but I choked it down because I knew I’d feel better for it.

I rolled up my driveway after being on the bike for 4 1/2 hours. My official rolling time was just over 4. I swung my leg over the bike to dismount and hung my bike back in the garage before heading inside.

I have to tell you, I felt great! I was really expecting there to be a chance I’d have to call someone to come pick me up along the road somewhere, but it didn’t happen. I made it!

I did some light stretching on the living room floor and thought about things for a few minutes. As I said, I know what it feels like to bonk and I never came anywhere near that point. I only had two short periods where I even felt like I needed to eat or drink – once at 3:30 and again at 4:15. But the feeling wasn’t one of panic or impending doom, just that little mental decline that tells you you’re doing something strenuous.

So, what do I think?

Obviously, I was pretty well hydrated going into this ride, so there’s no way I can downplay that fact. However, it doesn’t matter how prepared you are, 4 1/2 hours on the bike is a long time and it needs nutrition to do it comfortably. I have to say that the Ryno Power Hydration Fuel did its job and kept me feeling good, clear-minded, and happy to keep going.

For a bunch of years, I used to manage one of the busiest running/triathlon stores in North America (Forerunners in Vancouver, BC), so I’ve pretty much tried all the supplements out there. Sometimes, you’ll get a sugar high that makes you feel like Superman for a short period before dropping off the other side like a rock. This fluid has 9 grams of sugar but has the rest of the necessary nutrients to keep you going. I did not fall off the cliff.

I even rode over to the hospital to ride home with Emily after her shift the following day. I felt pretty good, except for a slight twinge in my left knee (some mild tendonitis from simply over-doing it) and some sore quads.

Like I said at the start, I was asking a lot of this powder. I should have packed more water, but I really wanted to see how I’d do. I will say, I’m impressed with the results.

Thanks again to Trevor Unger for the powder. If you’re looking for something to help you on those long, hot rides this summer, check out Ryno Power Canada. 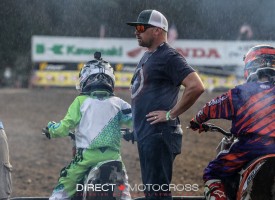 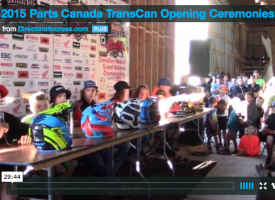 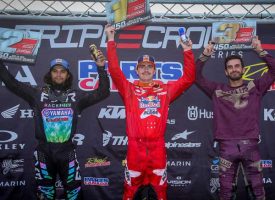