The 2015 National Cross Country racing season got off to a great start with a record turn out at Motopark in Chatsworh, ON.   Full gates in all classes made for a very competitive day. There were new faces on the line and some new ones on the podium.

Yamaha’s Brian Wojnarowski took the Pro win with newcomer Justin Lewis taking second and Connor Brogan in third after capturing the Wiesner Insurance Pro Holeshot on his Husqvarna. Last years champion Zach Lewis was out with a broken femur suffered at a club race the previous week but hopes to be back racing before the end of the season.

Motopark has a great variety of beautiful trails, the rocks wear riders out but despite that it is a favorite for many competitors.

Last year’s Beginner Champion Wolfgang Wiesner was moved up to the very competitive Junior class, he suffered a bad start coming off the line in last place and managed to work his way up to a solid 4th finish on his Two Wheel Motorsports Kawasaki.

Porsche Reynolds, Alex Franklin and Janice Snively were the first recipients of the $200 Ride Like a Girl Purse courtesy of Laminacorr Racing!

Steve Ooman won the Vet Master Class and got a full set of Klim off road gear for his efforts. 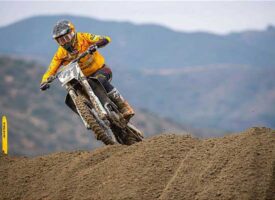 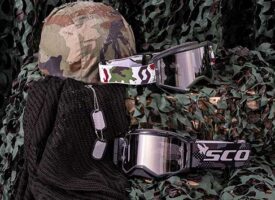 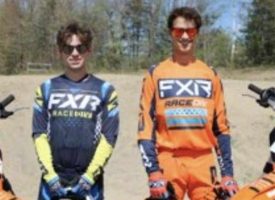