Catching Up with …Westen Wrozyna

Making the transition from highly-ranked amateur rider to first-year Pro can sometimes be difficult. It can be even tougher when you’re nursing a lingering injury. Newtonville, Ontario’s Westen Wrozyna found this out in 2014. Although he had a solid year with some impressive highlights, he wasn’t able to compete at the level he is accustomed to.

He’s coming into 2015 hungrier than ever and has a program in place that should see him excel and meet his expectations. We caught up with the hard-working rider to see what he’s been up to and what he’s hoping for in his sophomore MX2 season:

What have you been up to since Walton?

After Walton, I went back to school and finished high school in January. In February, I went down south and trained with Frankfit and MX Schools. Then spent a few weeks with the team at GPF. Now I’m back home training.

You are going into your second season as a Pro. What have you changed in your preparation compared to your rookie season?

I had the opportunity to spend some time with my long-time trainer, Kyle Thompson – owner of Frankfit Canada. We work well together and he’s helped me prepare for this upcoming season.

Last season as a rookie, you had a decent season. Not many people know, but you were riding injured. Can you tell us a little about it?

Last year, while training down south, I crash and dislocated my shoulder. It took a lot longer than I expected to heal and I’m just starting to feel better now.

You were teammates with Colton Facciotti on the Honda Canada TLD GDR team last year and rode out of the semi. This year you will be pitting with Kyle Keast and riding for GDR’s so-called ‘B’ team. Do you think maybe being a little off the radar will help your results?

Yes, I hope so. This year I just need to focus on myself and my riding.

Your family is a huge part of your program. Does this allow for them to be more involved?

Yeah, I’m really excited I will be traveling with my whole family for the east coast and my dad will also be wrenching for me.

You have 3 star teammates. What can you take from each one of them?

Jeremy: from Jeremy, from what I’ve seen, it’s his aggression.

Westen will try to learn as much as he can from his veteran teammates, like #30 Kyle Keast. – Bigwave photo

This will be your second full season, and you now know all the tracks. How much is that alone going to help you this season?

I think knowing all the tracks will help me huge this year. Just knowing what to expect every round.

As an amateur, it was you and Dylan Wright battling. This season, where in the pack do you see yourself, and who do you think you’ll be around?

I would love to be battling for top fives every round, but I just need to focus on myself and not worry about anyone else.

What are your goals for the West portion of the series, and where would you like to see your self before we come East?

I would really be happy to be in the top ten. Top ten is the goal.

Come Walton, what would make you happy standings-wise?

Being in the top ten.

By the end of the season, Westen would like to see himself inside the top 10 overall in MX2. – Bigwave photo

I was recently watching your younger brother, Cameron, race at Muttco Mountain. Do you think he has what it takes to follow in your footsteps?

Cameron is super-talented. If he decides to put some work in, he could go really far.

Thanks for your time, Westen, and good luck at Kamloops. Who would you like to thank? 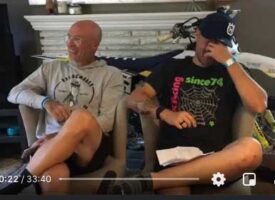 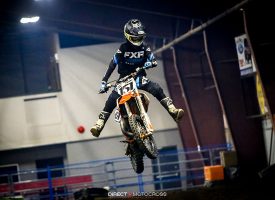