It’s time for our favourite column – Faces at the Races! Last weekend we made it over to the 6th Annual (man, time flies!) MMRS Madoc National. These events are always a great time. With 654 entries Sunday, there were lots of people and faces to snap photos of. Here’s our look at the people inside the helmets and around the pits.

Zac Kyte hasn’t grown much over the years, but his skills sure have. He was on the gas in the 65 class.

Jamieson MacDonald is a name to remember. This kid has speed and style for days. Watch for him at this year’s Monster Cup in Vegas.

I can’t think of any two racers who have gone through as many serious injuries as Nick Jones and Jack Wright.

I’d like to see this guy stay healthy and take a run at a few Pro Nationals in 2017.

Mariah Gauthier was oh so close to a CMRC top 10 National number this year. She finished 6th o/a in Madoc.

This guy is having a ton of fun out there and his results are showing it.

Kyle Brown was fast all weekend long and looked fresh in his FXR kits.

Austin Watling and his smooth style was all smiles in Madoc.

Big thumbs up from John Wright.

Is Fiona Koenig the next Eve Brodeur?

Cole Millson rocking the thumbs up and his old man’s number.

Let’s hope Jamieson gets to rock this pose after Vegas.

GP Bikes Michael Caplar and Jason Mcneil were on hand at the MMRS National with a great selection of parts and gear along with a few new KTM’s to drool over.

The 2017 KTM bikes are honestly ‘race ready.’ Check out the guys at GP Bikes, and get yourself set up on one of these beauties.

Tara Byrom will make your MMRS sign in quick and easy.

No rest for the wicked. Jean Maguire never stops.

Sarah Sparks was doing her best to pretend she didn’t see me.

This old Yamaha was mint.

Westen Wrozyna has some serious speed, he just needs some equipment that can hold together for him.

Tyler Duffy is looking to make a comeback for 2017.

Come on Merissa, it’s not that bad.

Dana Barret patiently awaits her turn on the Madoc track.

Chris Barrett is all about his girls.

It’s been a while since we have seen Mischa Wright on the track.

Pre-moto thumbs up for Chelsey Hennig.

Everyone was smiling in Madoc.

Kassie Boone traded in her #3E for the more familiar 79.

Maya Legare was 7th o/a in Ladies B.

Nikki Voorhees’ father had plenty to smile about after this moto. I hope Nikki bought dinner.

American Carrie Davis made the long trip to the Great White North. We tried 4 times to do a podcast interview but I kept messing it up. Sorry Carrie, I owe you one.

Is Carrie a crazy cat woman?

After all of his mechanical issues, Westen was surprisingly still in a good mood.

John Maguire was there to high five all of the Pro Women after their moto.

Most of the girls were in good spirits and excited to collect some money. Nikki Voorhees was all smiles like usual.

George Jones and John Maguire were very proud of their rider, Gemma Pope.

Off-road racer Ryder Heacock has really picked up his speed on the moto track.

We have all done it.

Tanner Ward left it all on the track after the last Pro Open moto.

Danny Brault was back behind the camera in Madoc.

John Maguire and his assistant, Megan.

John did a great job on the mic handing out the awards.

Cole Pranger had a successful Madoc.

Buddies on the track, buddies off of the track.

Not sure who would want a paddle tire for the hard Madoc track, but they had them.

Kassie Boone was the girl to beat on her trusty 2-stroke.

With well over 600 entries, John was a very busy guy, but he still had that classic grin.

Not the way you want to start your moto, Cathy.

Calm and cool for Kassie Boone.

It definitely suits her.

Bailey Pope rockin the shiner. Did sister Gemma have anything to do with this?

You can just imagine the sound that Kassie is making.

I watched Dakota Yaskow really struggle with the switch to the four-stroke early on in the season. After seeing him at Walton and Madoc, it’s safe to say he figured it out…and then some.

I think we were keeping Taylor Arsenault awake here. Taylor looked great all season and will run national#25 for ’17.

Dave Bell was the voice in Madoc and made it exciting, like always.

Westen Wrozyna gave it his all, it’s just too bad his bike didn’t have as much heart as him.

Westen made the long walk to the podium after bike failure #2.

I think this is 2nd o/a in Ladies B Shayla Cassidy.

FXR’s Travis Byrom was a regular on the podium.

Richard Krzemien was the guy to beat going 1-1 in the old boy class.

Ken Bland left his 50/50 tickets with Billy instructing him to give it to the flaggers if he won. That’s pretty classy.

The plus 50 class ready to hit the track.

Joey Zachingna spent a lot of time talking to Gauldy in Madoc.

Jeff Ward had to be proud of his boy this weekend. 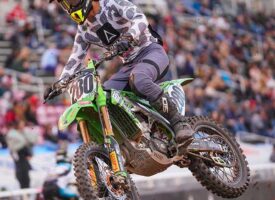 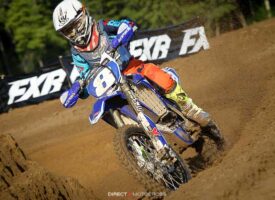 Out of the Blue | Chloe Poncia-Myre | Presented by Schrader’s 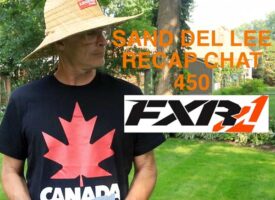 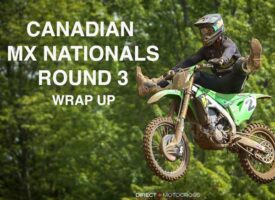