Round 1 of the 2017 Monster Energy AMA Supercross Series season kicked off this past Saturday in Anaheim, California. Leading into the weekend, the weather had been pretty wet, and I was worried that we would have a redo of “The Perfect Storm” season opener of 2005. Luckily, Mother Nature pumped the brakes and we were blessed with some great racing weather.

Going into the season, there were a lot of unanswered questions. Defending champion Ryan Dungey was coming off of a serious injury, Ken Roczen had once again switched teams and bikes, and would Eli Tomac be the Eli Tomac of old.

The A1 track wasn’t very technical, so it made passing a little tough. Everyone seemed to be the same speed, except for Roczen as he was long gone. Hopefully, he holds up for everyone at San Diego. Here are the results and my thoughts.

1st Ken Roczen: Wow, Kenny looked unstoppable. He is so confident with his bike, team, and program right now.  It will be very hard to do that for 17 rounds, but if Ken can limit his mistakes, I don’t see anyone matching his speed right now. It could be a long season chasing the Big Red Machine for everybody else. 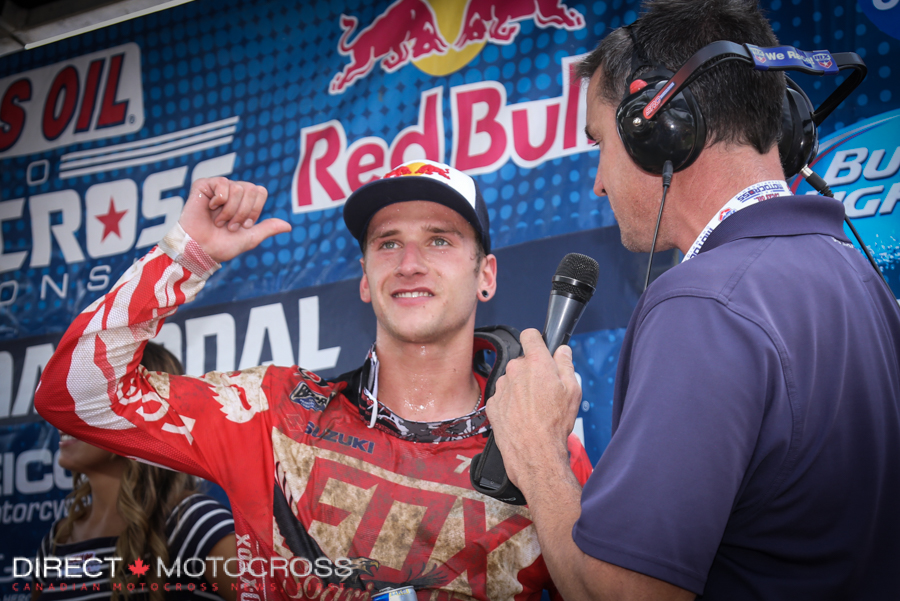 2nd Ryan Dungey: This was Ryan’s first ‘real’ race back since breaking his neck. I feel the time off helped him, and recharged his batteries. It was a good ride by Ryan, and he knows what he needs to work on. Ken Roczen has won a few A1’s and hasn’t won the championship yet, so I think Dungey will be just fine. He knows how to win championships.

3rd Marvin Musquin: Marvin was very good early on in the day. He needs to believe in himself a little more during the main events. He can run with Dungey, he does all week long. It will happen soon.

4th Jason Anderson: I really wanted to see if Jason could run the pace of 2nd or 3rd, because realistically nobody was going to run with Roczen. Anderson needs to improve his starts if he wants to fight for podiums. He looks fit out there, just needs to start up front.

5th Eli Tomac: Eli looked great in his heat race, but didn’t look like the same guy in the main.  In my opinion, I’d get Eli on a HRC Honda for 2018 and we’d see the real Eli. He will still win a race or 2, but he isn’t ready to race with the top 2 of Dungey and Roczen. [It was later reported that Eli was suffering severe arm pump in the main]

6th Cole Seely: Cole was kind of quiet at A1. The track was pretty easy and I think he is more of a technical guy. Good start to the season, but I’m sure having Anderson pass him that clean and easy pissed him off a bit.

7th Davi Millsaps: For Davi coming in with a rib injury, and being visibly under the weather, I thought he rode great. I really think he is in a good place with a great team and bike. His starts were good all night, and just like his Canadian outdoor season, it looked like he could point his KTM anywhere and go. He will land on the podium if he can get healthy and stay healthy.

8th Weston Peick: Weston finished around where I expected him to. He’s not the best starter, so he’s going to have to fight for every position. This class is very stacked, and staying in the top 10 will be hard.

9th Josh Grant: I didn’t expect to see Josh in the LCQ, but he stayed calm and did what he had to to get in the main. It’s a long season and I think if Josh can stay inside the top 10, the guys at Monster Energy Kawasaki will be smiling.

10th Cooper Webb: I’m not sure what was up with Cooper. His starts were brutal and he looked off the pace. I don’t know if it was nerves, an injury, or if he was under the weather, but he just didn’t look like the guy that woke up pissing confidence last season. To have an off day in your 450 debut and still run top 10, that shows you how good this guy really is. He is a winner and will bounce back strong.

Biggest Stud: How can Ken Roczen not be your stud after that dominating performance.

Biggest Dud: I don’t have a rider as a dud this week, my dud is with the track. I’d really like to see the whoops much bigger and the track more technical to separate the riders a little.

Biggest Surprise: Webb surprised me, I really expected him to be a front runner right away.

Thanks for reading, see you in San Diego.

On the Radar: Cooper Larche