The East Coast kicked off this past weekend at Gopher Dunes. Gopher is known as the roughest track in North America, and it’s no joke. Many riders come in thinking they ride sand well, then they leave licking their wounds. We had some very good racing up front in the MX2 class. Dakota Alix made a surprise appearance and instantly mixed things up.

I think this was the best racing of the season. It was nice to see Cole Thompson be challenged a little more. With the East tracks being a little softer, you can expect to see guys like Dylan Wright showing Cole a wheel for the rest of the year. Let’s take a look at the results and see my thoughts.

1st Cole Thompson (1-1): It was looking like Cole was almost human during the first moto, and then he stepped it up and picked up the win. For some crazy reason, people think Cole can’t ride sand. Remember back in 2013 when he was so far out front in the MX1 class before having a big get off? Yeah, this guy can ride sand, and he can ride it well! He showed that his fitness is pretty darn impressive, too. Cole will have more of a challenge here on the East, but he is still the guy to beat.

2nd Dylan Wright (3-3): Dylan hit the gate in the first moto and still managed to finish 3rd. Yeah, he was going that fast. His start in the 2nd moto was much better, but I feel if he can start up in the top 3, a win will come very soon. This guy is going to be a beast on the softer East tracks.

3rd Dakota Alix (2-4): Dakota just showed up at Gopher and instantly went to work. He narrowly missed the holeshot, then proceeded to take off from the pack in moto 1. Although he did get caught by Thompson, he still rode great for a guy not known for his sand skills. He lives very close to the Canadian border and mentioned that he will show up for a few more rounds. Heading into the season, there were a few rumours that he was going to race in the Great White North. Let’s hope someone steps up for 2017 and signs this guy, as he is an instant championship threat.

4th Shawn Maffenbeier (5-2): Shawn had some issues in the first moto but came through the pack very well. He looked fantastic out front in moto 2 and finished 2nd at the checkers. Maff will be pretty pissed to be off the box overall, so you can bet he’ll be back on it for Ulverton.

5th Mark Worth (4-5): Mark rode really well for his first time at Gopher. He mentioned that as much as people warned him about how rough it was going to get, he didn’t expect it to be this bad. He rode up front in both motos and had two solid finishes. He’s excited about Ulverton, as it is similar to Glen Helen. I think it’s safe to say he will lead some laps at round 6.

6th Jess Pettis (6-6): Jess had an off day, but if you can muster a 6th o/a on your bad days, well, that’s honestly not that bad. Like most, he will be very happy to leave the Dunes and head to Ulverton. I see a podium soon.

7th Brad Nauditt (9-7): Brad went down at the start in moto one and was dead last. Coming back to 9th was a good ride. His starts should be back at Ulverton and he’ll be more in the mix.

8th Hayden Halstead (8-8): I’m willing to bet that this guy slept in his gear Saturday night. He was that excited to hit the sand. Hayden rode to a nice 8-8 score and with better starts, he could have been in the top 5.

9th Jean Christophe Bujold (11-9): Two good rides for J.C. at the Dunes. I’m expecting him to really impress us at the 2 Quebec rounds. I wouldn’t be surprised to see him hovering around the 5th-8th position. This kid is super-quiet and lets his riding do the talking.

10th Westen Wrozyna (10-11): Nice to see Westen back at the races. He had a super-fast bike under him at Gopher and had some good battles all day. I really hope we see him for the rest of the East.

Biggest Stud: I’m going to give Dakota Alix my stud this week. He rode great both motos, and with a weaker MX2 class, it’s really nice to get a guy of his caliber to shake things up.

Biggest Dud: I’m disappointed with the poor turnout for MX2. We have too many lifetime B riders that would rather be big fishes at their local club races instead of sacking up and racing the big boys.

Biggest Surprise: Again, I am surprised that we had Women’s East Champ, Eve Brodeurtry to qualify, and American racer Shannon Fleming sign up to qualify ( she was not allowed to race her 250 2-stroke due to being an American), but did not have a good turnout of local B riders. 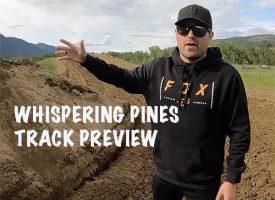 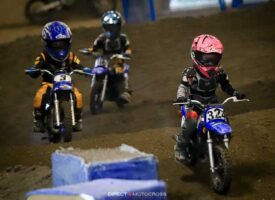