As another Monday rolls around my life is about to get flipped-turned upside down, to quote the Fresh Prince of Bel Air. But I”m not sure we’re allowed to do that these days… On Tuesday I’ll start making my way to Salt Lake City for the final round of the 2022 Monster Energy AMA Supercross series. I actually lived in SLC for about 7 months back in 1994-95, but that’s another story…

I’ve done every route possible going from here to the west coast, so it looks like I’ll just have to grin and bear it and take I-80 once again. It’s probably my least favourite of the 3 main northern routes, but it’s definitely the fastest way to SLC, so that’s what I’ll do.

Every time I drive through Nebraska I always wonder where they got the cool desert-like image for their license plates because you don’t see anything like that on the highways I’ve taken through there! Someone told me it’s from the very southwest corner of the state and they jumped on it for the tags.

I also remember driving through the high plains of Wyoming and seeing tractor trailers all blown over on their sides due to the winds. I stopped for gas and a U of Wyoming tee shirt in Laramie and the police told me I couldn’t keep going because of the danger the two bicycles on my roof caused in the wind. They figured they’d catch the wind and flip over my little Subaru 4WD station wagon and into the ditch.

How did I get that station wagon? OK, I’ve got time for one quick SLC story…

I drove out there in a little 1986 Dodge Colt. I remember there were many times on the drive west that I was unable to overtake a transport truck because I couldn’t break its headwind!

Anyway, I was sitting second in line at a red light in downtown Salt Lake. The light turned green and the Chevy Blazer ahead of me put it in reverse and stepped on it! There was so much damage that they wrote my Colt off and I got a bunch more for it than I’d paid! I spent the rest of my time ripping up and down the mountains in a perfect 4-wheel drive wagon to ski all winter long. But I digress…

The final Supercross round will be the second East/West Showdown of the season, so that will add some excitement, since the 250 East series is already determined and Jett Lawrence is the champ. Christian Craig is pretty much a lock in 250 West but he still has to cross the finish line to stay ahead of Hunter Lawrence. When’s the last time brothers won both coasts?! Oh ya, never.

Eli Tomac was crowned 450 champ for the second time on Saturday in Denver. It was cool for him to do it at his home race. You could hear the crowd cheering for him as he rode to the title.

You could tell he shut it down to ensure the title but I’m not sure anyone was going to have anything for Jason Anderson out front anyway. He was on it!

Ricky Carmichael kept mentioning his ability to put the bike anywhere he wanted in the corners and I have to agree. It was like when Davi Millsaps came to Canada on his factory KTM back in 2016. It was noticeably more nimble, not to mention the skill he had to do it.

Eli’s was the first 450 title for Yamaha since James Stewart did it back in 2009!

With Jett already the champ and Hunter trying to snatch it from Christian in the west, will we see any team tactics from the Honda camp to mess with Christian Craig? He’s got an 18-point gap so it would have to be a legendary meltdown for him not to take this thing home, but that’s why we drop the gates!

The GASGAS/CMS/CALLUS Race Team is excited to announce we have entered into an agreement with USA star Mitchell Harrison to pilot our 2022 GASGAS Canada MC 250F for the 2022 Canadian Triple Crown Series MX Tour!

We are thrilled with this addition to our team and are confident Mitchell will be able to put us in a great position to compete for an MX2 championship this season.

Mitch Cooke had this to say about his newest teammate – “I’m looking forward to having him around. We all know how fast he is and I really think he will add a lot of flair to the Canada Nationals this season!“

Tyler Medaglia is excited to have Harrison round out our Triple Crown Series effort this season and shared these words about the addition – “I’m excited to have Mitchell on board. I watched that kid grow up from 85’s to the big leagues. I know he has the work ethic and speed to challenge for the MX2 title! It will be good for both of us to push each other here in Nova Scotia the month before the first round. Between myself and both Mitchells it will be a war zone at the practice tracks here soon!“

When talking with our 1st new rider to join the 2022 campaign, Eve Brodeur, she said the following – “I believe Mitchell will be a great addition to our team and I’m proud to be able to consider him a teammate for 2022. I have been loving my experience with the GG/CMS/Callus team and I truly believe we’re going to be very strong in all championships this season!“

Mitchell will be joining the team at the Callus Moto Compound in Nova Scotia after the conclusion of the Monster Energy AMA Supercross finale in Salt Lake City. His 2022 GASGAS Canada MC 250F has already been prepped by Cobequid Mountain Sports with many parts from our fantastic sponsors going into the season including FMF Racing, SKDA, Rekluse Canada, DID Chain, Dubya USA, DP Brakes, Seco Seat Cover, Ride Engineering, and GET. Mitchell will be outfitted in protective wear courtesy of Leatt Protectives and Kimpex Canada. His custom jerseys, pants, and gloves will be provided by Callus Moto.

We are excited for the season, and we can’t want to #GETONTHEGAS with Mitchell Harrison, Mitch Cooke, Tyler Medaglia, Eve Brodeur, Justin Burge, and Talon Medaglia!

The big news in Canadian Moto is the signing of former Husqvarna factory rider Mitchell Harrison to the Cobequid Callus GasGas team for the 2022 Canadian Triple Crown Series 250 MX Nationals.

Alex Parker has been hinting for quite a while now that they were in the process of getting a top-tier rider from the USA and now we know it’s Mitchell.

With the announcement has come the question regarding his eligibility in the 250 class here in Canada. Here’s a look at the rule from the MRC Rulebook:

From what we’ve learned, the ruling is in the hands of MRC officials Daryl Murphy and Paul Kingsley. We’re told that with the lack of a stipulation as to when the top 10 result has to take place that Mitchell will likely be allowed to race due to his 2021 results.

Of course, other teams don’t want to have to race someone of this calibre, but the series will be better for his racing it, just like it always is when we have top riders make the journey north.

As of this MMC, we haven’t heard an “official” ruling, but we’re pretty confident he’ll be allowed to race.

SLC will also be the final race for #66 Chris Blose. And did you see the pass by #55 Justin Rodbell on #78 Cade Clason in the 450 LCQ in Denver? Cade certainly wasn’t happy about that one. And congratulations to Canadian career #2 Marshal Weltin on a great Denver event. He got in through a very good LCQ ride and finished 17th in the 450 Main on his 250.

I wanted to look at the difference in lap times (best and average) from Eli Tomac’s Heat race win to his Main Event 5th place finish. Unfortunately, there was a timing glitch and the numbers from the Main are all messed up in the results. I was thinking he went quite a bit slower in the Main to take the championship and just wanted the numbers to confirm it. Oh well, I think we all know what he did.

I also thought we’d see some of the privateers have their best results in Denver simply because the track ended up being like a burnt out practice track that they always have to ride. There was just no way to keep the moisture in the track without turning it all up each time and making the program take an extra 5 hours. It’s a losing battle in the sun, wind and altitude in Denver.

I remember I did a 5k running race the day after I arrived in the altitude of Salt Lake City, but that’s also another story…

And did I tell you about that time they unofficially renamed a bike/run race the “Pot Belly Pig Duathlon” after my mishaps out in a Utah valley? Perhaps another time…

Have a great week, everyone. I’ll be coming to you from along the westbound lanes of the I-80 the next few days. I’ll be staying in Kamloops, BC after SLC to take care of my mom while my sister takes a well-deserved holiday for a few weeks. The series starts at Whispering Pines in Kamloops in early June, so I’ll already be in the hood! 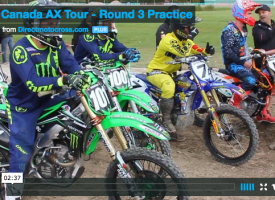 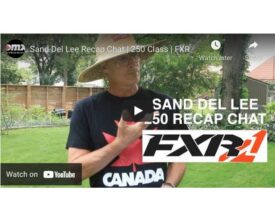 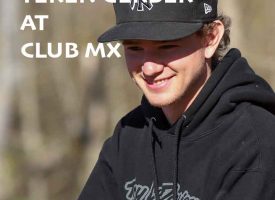