Brought to you by PR-MX.ca. Give them a click to check out all the products they distribute and get updated on their race team.

Good Monday Morning, everyone. I hope you all had a great long weekend. We actually had some warm weather to enjoy in our neck of the woods – Southwestern Ontario – and lots of people got out to local tracks to get in some very early-season seat time. My plan was to head over to Gopher Dunes and shoot some video and photos but it happened to be my birthday Saturday night and I ended up being out a little later than I had planned.

Actually, looking out my window right now and seeing that it’s decided to start snowing sideways makes me regret sleeping in for yesterday’s 20+ degree C day yesterday! Oh well, it’s spilled milk. I managed to head out for a road bike ride along the swollen banks of the Thames River (we don’t say “The River Thames” in this London) and decided that since I was going at such a leisurely pace that I’d shoot a little video of the bike path alongside the river for fun.

An Early Spring Ride by the Thames River in London from Directmotocross.com on Vimeo.

So, here’s the thing…when you’re walking down the path in a group, there’s a yellow line down the middle for a reason. It really gets old having to explain to people that we need to share the path with everyone. Don’t look so surprised when a bicycle comes up behind you and gets a little upset with you as you meander your way down the path taking up the entire thing as if you’re the only ones out enjoying the day.

I’m not that guy who goes too fast down the path, either. I slow down politely and make enough noise so they hear me coming. One guy turned and mentioned something about me being a jerk or some such nonsense. I just had to ask him what he called the piece of asphalt he was on is called. When he muttered “the bike path” under his breath he got the message and calmly walked himself and his ‘posse’ to the right and we all went about our day. Seriously, just a little courtesy is all I’m asking for! You probably noticed in the video that I almost hit that girl rollerblading head on, too. If the road block is on your side of the path, it’s up to you to give way to the approaching traffic. Pretty simple, you’d think. I’d hate to see these people driving their cars on the road. Left lane drivers, you just know it!

So, I spent the morning watching the MXGP of Europe in Valkenswaard, Holland. I wanted to see #84 Jeffrey Herlings race a sand track in his home country, and I wasn’t disappointed. I caught the second moto live and Herlings got out to the holeshot and early lead and that was basically all she wrote.

It’s kind of like watching Ricky Carmichael race outdoors: Yes, it got boring because nobody could touch him, but you had to just enjoy watching someone ride a bike that fast. The two British announcers ran our of superlatives to describe “The Bounder” as he lapped into the top 10 and ended up 1:10 ahead of Pauls Jonass in 2nd at the flag.

It was Herlings’ monumental 50th GP win which tied him with “the cigarette-smoking Joel Roberts.” Herlings is 21 (birthday in September) and they said, “If anyone has designs on winning an MXGP title, they ought to do it this season before Herlings moves up next year.” They said he will not be forced out but if Antonio Cairoli doesn’t win or do well this year in the premiere class, KTM will surely move Herlings up to go after a title in 2017.

He’s 6 for 6 so far this season in MX2. The only replay they played of him out front was when he had a slight bobble. The announcers said, “A rare mistake! He put his foot down, Jack!” Haha, that was the replay.

Anyway, MXGP moto 2 is playing in the background as I sit here Cairoli is leading, the sun is out, and the sand track is as rough as it’s supposed to be.

*Cairoli led from the the start but reining World Champion, Romain Febvre, caught and passed him on the last lap. It was a pretty exciting finish!

I guess we’ll have to wait a while longer to see how Herlings would do in North America. Surely, he’ll want to win an MXGP title or two first?

BOUCHERVILLE, QC MARCH 27th 2016 – It is with great enthusiasm and excitement that Motovan announces the rumored program that has everyone talking for quite a while now THE BLACK RIDER.

The sponsorship program is a never seen before initiative by a distributor and will give the chance of a lifetime to young amateur riders and upcoming pros to have the chance to live the “factory rider lifestyle” and this from an early age.  ‘’We were looking at a new way to showcase the multiple great brands we carry at MOTOVAN and at the same time to increase our support to the athletes in a way that is unique – comments David Bond MOTOVAN’s Marketing Project Leader.

This program will give a fair chance to all to live the ‘’dream’’ and have a shot at a season where they have to concentrate only on  their performances on track and being a brand ambassador off track and embrace the products they represent.

The BLACK RIDERS (a.k.a BLK RDR) will have their own custom made gear in all disciplines (MX, FLAT TRACK, CSBK, UTV, DRAG HARLEY SERIES) to reflect the new logo of the team and the partners, who support with MOTOVAN this unique initiative.

The task of the MX gear has been trusted with a partnership with California based Canvas MX who was just perfect for the needs of this program and their quality custom gear business.  “All of us here at Canvas MX are very excited about the coming projects with Motovan. Our goal with Canvas MX is to give companies an alternative route to optimize their branding and marketing by giving people the option to create their own gear and “brand themselves.” We are very thankful that Motovan has recognized the push we are trying to make in the industry and we can’t wait for others to also see the value in self branding gear“ – Michael Leib & Chuck Carothers

The graphics kits will be designed and produced for all BLACK RIDERS by montreal based KUTVEK.  Marc-Antoine Généreux – “ It is a natural association with MOTOVAN as over the years both companies have been supporting the pro and amateur athletes often together.  Also we at Kutvek have similar values of design and great efficiency and it was a great project to support.“

This program does not only address top level performers but rewards also positive attitude off and on the track with BLACK RIDERS who are positive influencers in their communities and that bring a lot to the racing industry or their communities.  “It goes without saying many have these qualities but we had to make a hard choice in the roster of athletes MOTOVAN had already and the ones that applied to the program.  This being said it doesn’t mean that if someone wasn’t chosen to be a BLACK RIDER this year that he or she will not be in the future years to come- explains David Bond.

We truly believe that the customers and riders of this industry are not only top performers but people who truly enjoy the sport and we wanted to give them an opportunity also to live the dream.

Indeed we will be monitoring the social media and the tracks at each provincial and National event to find the next BLK RDR for the years to come.  The easiest way to become part of this exclusive team is for you to show great value of a brand ambassador and give us no choice but to notice you…

Do you have what it takes?

Stay tuned for more announcements to come from MOTOVAN on this program and our partners that will be announced shortly!

Have a great week, everyone. We’ll leave you with this shot of Braydon Stuart getting back at it at the Big Kahuna race out at Whispering Pines in Kamloops, BC. Welcome back, Braydon! – Kay Block photo lifted from Facebook 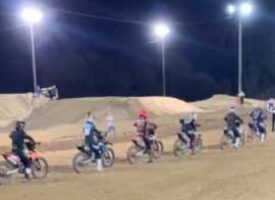 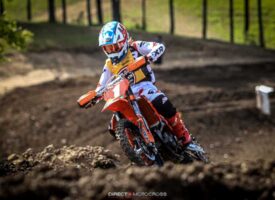 Photo Report | Saturday at the TransCan | Presented by Race Tech