(January 26, 2016) – It was a rough weekend for the whole YP.com Nuclear Blast KTM team as the Monster Energy Supercross series circled back to Angel Stadium for the second and final stop in Anaheim of 2016.

Despite both riders looking and feeling good from the start of the respective practice sessions, things turned bad in a hurry. Two vicious crashes left proven top 10 threat Cole Thompson on the ground, while Zac Commans had problems of his own struggling to find the bike set up required to navigate the extremely technical Anaheim track.

Even with their issues, both Zac and Cole qualified for the night show with ease.

With 42,943 fans in attendance, the team’s struggles continued. After grabbing a top 5 start in his heat race, Cole Thompson pulled off the track and out of the night program after only one lap. Complaining of shoulder pain, Thompson had this to say, “Right away, I think like three corners in [to the heat race], I was feeling the pain pretty good. It was just to the point where I couldn’t really control the bike and then I couldn’t really control the throttle. I figured it was a little more serious than just a sore shoulder so I decided to call it a night early.”

Cole was re-evaluated Tuesday and his scans on the injured shoulder came back clear. He will test it again on Thursday, but we plan on having the #127 on the line in Oakland.

Zac Commans couldn’t overcome bad starts and the rookie missed the night show for the first time in his young career.

The series now heads north as the YP.com Nuclear Blast KTM team rolls into to Oakland this weekend to do battle live on FOX Sports 1. The pre-race show on FS1 will begin at 6:30pm PT / 9:30pm ET, followed by live coverage of the race at 7pm PT / 10pm ET. 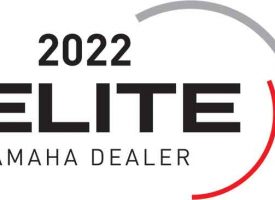 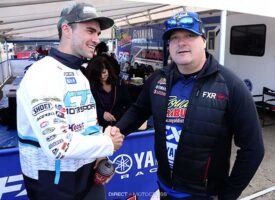 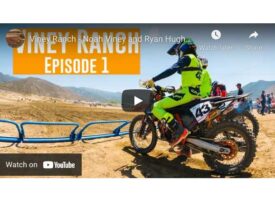 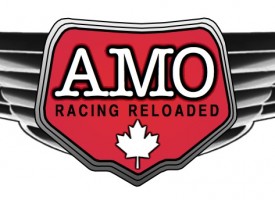 All You Nee to Know for Gullymor This Weekend 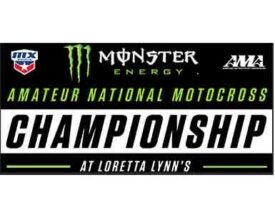