It is a fill in ride that will likely cover the western swing of the Rockstar Energy MX Nationals and continue until Bles is back up to speed after breaking his left humerus while practicing this past week. Bles is scheduled for surgery and will probably return to action when the eastern portion of the series resumes at Gopher Dunes, July 12th.

Team manager, Josh Snider, confirmed the deal is currently until Nathan is healthy but commented that the team would definitely try to assist Cade for the rest of the series if he wanted to continue.

Clason has been competing in the Lucas Oil AMA Motocross Nationals and has so far placed 28th (31-23) at Hangtown and 31st (32-28) at Glen Helen. This past weekend at Glen Helen he was forced to borrow a friend’s bike with Supercross suspension after things went awry on his current team.

Clason currently calls Club MX in Chesterfield, SC home and should make things interesting in the MX1 class when the gate drops at Whispering Pines in Kamloops, BC next Sunday. 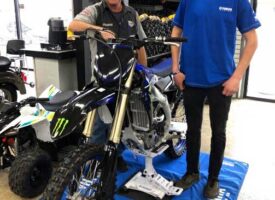 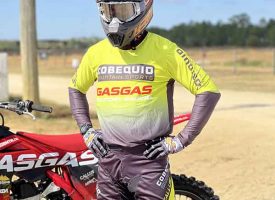 PR | Another Record-Breaking Year of Sales for Husqvarna Motorcycles

PR: Trials and Tribulations in Lindsay for Hayden and Hall

Podiums for Hayden at International Snowcross Grand Prix of Rouyn-Noranda