We do a column called “The Story Behind the Photo” here on DMX. Sometimes there are very long and interesting stories behind what was happening in the particular shot, while other times there are not.

I stumbled across a few cool shots of Teddy Maier from the 2013 Canadian MX National at Castrol Raceway in Edmonton, Alberta, the other day and thought I’d ask #11 Teddy if he remembered this specific shot. He did.

He didn’t go too far into detail but I thought it was important and cool that I happened to be talking about what he considers one of his best race days that stand out for him in his entire career up here in Canada. And that’s saying something considering he was #11 in the 450 class because he was the reigning 250 champ.

Here are a few shot from that day and what Teddy had to say about it:

“Everyone has them races that stick out in their career, and this race was one of them races for me.

“I felt like I always struggled to get comfortable on the 450 in my career, but my bike worked so good on this smooth, rutted track.

“I sure miss it up in Canada 🇨🇦”

Here’s an Outlaw Productions video recap from MXP Mag on the 450 class that day:

On the Radar: Brandon Brown 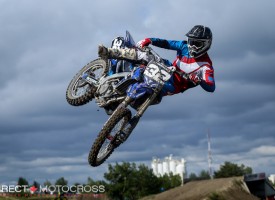