I love finding old photos that have never seen the light of day, like this one of Blair Morgan at Round 1 at Ste Julie back in 2008.

I don’t remember exactly what happened that day, but I found information from the year before in 2007 that says he crashed hard in moto 1 for a DNF and then didn’t line up for moto 2.

From an old Press Release:

After less than a favourable start to the season Prince Albert, Saskatchewan’s Blair Morgan is looking forward to a reversal of fortune at his home province national in Regina this weekend. Morgan, in his second year with Blackfoot Racing, has scored points in only two of five motos and is currently ranked 14th in the standings.

A first moto crash injury put the multi-time champion out of action at the opening round of the Monster Energy Motocross Nationals in Quebec; at Round 2 a fuel problem on the second last lap of moto 1, while running in fourth position, put him on the sidelines in Ontario.

“It was definitely frustrating not being able to ride after my crash in Ste-Julie and then DNF-ing the first moto at Gopher Dunes, but you can’t dwell on these things” said Morgan. “Every moto is like a new day, a new beginning. You have to approach it with a positive attitude and give it all you got.”

Traditionally Morgan has been slow finding his pace at the beginning of each season, but he has always bounced back to stake his claim with the frontrunners three or four rounds into the title hunt. A fifth place finish in moto 2 at Gopher Dunes and a sixth in moto 1 at Shadow Valley Raceway in Morden, MB are testimony enough of Morgan’s resolve to turn the tables. Although he has a lot of ground to cover no one doubts the aging veteran will rebound this year and work his way into a top-10 ranking.

That was a bit of a convoluted combination of two years, but what are ya gonna do? 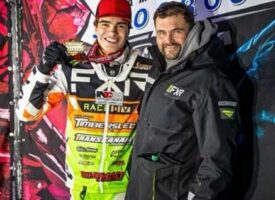 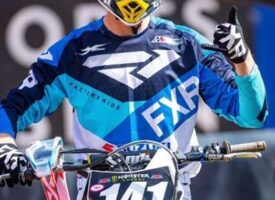 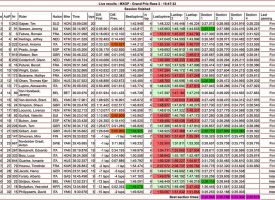