It’s been too long since we’ve been able to get to one of these columns! The ‘Faces at the Races’ articles are always my most favourite to capture and pen. This week, we had Tyler Spikman in Anaheim, California, trackside getting all the shots at round 1 of the 2016 Monster Energy AMA Supercross Series. Here’s a closer look at some of the people who were at A1 last Saturday night.

I think we all know why #21 Jason Anderson is smiling. Don’t forget, Jeff picked him for the title!

This is the last thing #7 James Stewart fans wanted to see last Saturday night. He’s a game-time decision for this week in San Diego, if he passes the post-concussion tests.

When James went high and cut low, #1 Ryan Dungey clipped him sending James to the ground in a heap. The race was red flagged.

#15 Dean Wilson checking out the track early in the day.

I have no hair, so, for some reason, I think this gives me the right to make fun of other people’s hairdos. Sorry, #19 Justin Bogle but this ‘do’ is public enemy #2.

I wonder if Jason had any idea he was going to be able to catch and pass all the top riders later that night?

#25 Marvin Musquin is up in the top class and finished 14th after qualifying 12th. Surely, both these numbers will improve.

We picked champions at our SX party. Dean will be cheering for #41 Trey Canard the rest of the season.

#51 Justin Barcia with his game face.

Here’s Ricky Carmichael wondering how he’d have described what a ‘dragon’s back’ section is…(Google it, Bowker!)

Mike Williamson keeping a close eye on the green bike.

Spikman gets busted in Anaheim!

There are always heavy hitters to snag shots of when you wander the pits at a Supercross event.

There is never a ‘down-time’ when you have as many ‘followers’ as Ken Roczen.

Picking lines during the track walk for #127 Cole Thompson.

Andrew Short is out recovering from injury but was on hand to support his team.

Justin Brayton gets a close-up.

Are you guys even sponsored?

Cole Thompson gets ready for the riders’ meeting.

Hey, Spikman, do you ‘big beard guys’ give each other a knowing nod?

James Stewart felt great at this point in the day.

Christophe cannot be happy with his 18th place finish. Watch for that to change.

Is that Wil Hahn?

OK, Spikman, we know you have a big beard too…

Justin thinking about which jump is best for his now-patented one-legged move.

I’m sure everyone at A1 felt a little safer knowing this guy was on hand. I hope he goes to San Diego. See you at the races… 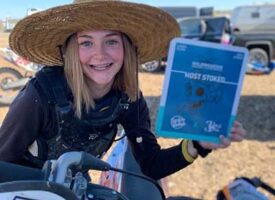 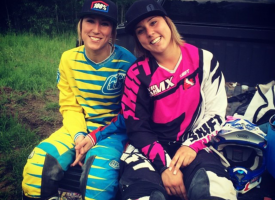 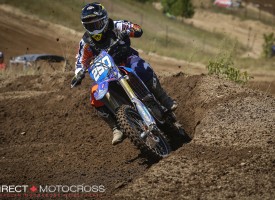 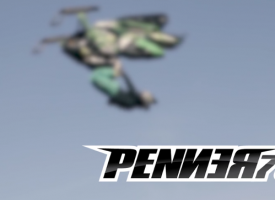 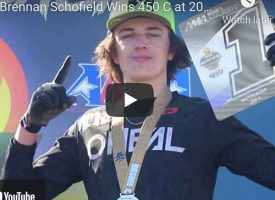