After heading to the Baker’s Factory in Florida to prepare for the 2021 Monster Energy AMA Supercross series, Jess Pettis from Prince George, BC was more prepared and ready to race than he’s ever been.

He headed into Round 1 in Houston but tweaked his knee early in the day. He tried to come back out on the track for qualifying, but it was just no use. His knee injury would take him out of 2021 SX competition.

He had a post-surgery update on his Instagram page but it’s no longer there for us to link here. We spoke with Red Bull Thor KTM Canada Team Manager JSR and he confirmed that Jess had successful surgery on his knee (the same one he hurt previously) down in the USA.

Jess will be off the bike for 3 months, but at this time we are unsure of what, specifically, was done to the knee. We’ll keep trying to get in touch with Jess for an update and let everyone know more when we do.

He will be back home in British Columbia in the next week or so. JSR added that “all went very good and it’s looking positive for a quick recovery.”

All the best for a speedy recovery, Jess. 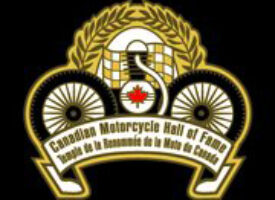