For 2016, we were blessed with some fantastic racing on both coasts. In the West, there was one real favourite in Cooper Webb, but on the East, there were 4-5 guys. I’m still not a fan of how both coasts get thrown into the mix at Vegas, but that’s just my opinion. It’s a real bummer that the weather was crappy, but in the end, the track actually held up really well and made it very very interesting right up until the final lap. Let’s take a look at the results and see my thoughts.

1st Joey Savatgy: Joey did everything in his power to try and win the West title. I feel for the guy, as if it wasn’t for getting cleaned out by Christian Craig twice this season, he would be our new champion. Yes, he was a tad off of the pace of Webb most weekends, but he was honestly the best of the rest. Joey will, no doubt, be a championship contender on either coast for 2017. It has got to sting a little bit to lose the title by 1 point and finish 2nd.

2nd Zach Osbourne: Zach spent a few years over in Europe so he is probably a mud fan by now. He rode well all year, but just had some bad luck at the wrong times. He should finally be able to secure his first 250 SX win in 2017, but I don’t think he will ever have a title in him.

3rd Malcolm Stewart: Congrats to Malcolm for winning this title. I couldn’t imagine being a racer and having the pressure of  James Stewart as an old brother. Malcolm rode well all season and honestly had the best speed of any racer through the whoops. Malcolm is now forced to ride the 450 class in 2017, and there are rumours floating around about Malcolm and James suiting up together on the same team.

4th Aaron Plessinger: Aaron rode amazing and did his very best on Saturday night. It just wasn’t meant to be. He was my pre-season pick for the title, and almost made me look really good. For a taller guy, he has great style and will be thinking wins and championship for 2017. For the record, he finished 2nd in the East Championship, 16 points back.

5th Gannon Audette: What a season for Gannon. Please, Mitch Payton, you need to reward this guy with an outdoor ride. Gannon quietly got it done in his brief appearance aboard the Pro Circuit bike. With a full off-season to adjust and test, I believe Gannon could land on the podium a few times in 2017.

6th Colt Nichols: At one point, I thought Colt was going to win the main event, and then it began to look like he was over-riding the track a little. Colt finished the season in 5th place in the West, and will find himself on a factory team fighting for podiums in 2017.

7th Tyler Bowers: Tyler had a solid main, but I still think he has been riding hurt. He finished 5th in the East, but he will, no doubt, be pissed off at his finish. I think he is more suited for the 450, but I bet the money is better riding a Pro Circuit Monster Kawi.

8th Christian Craig: I’m happy that Craig made it through the season healthy. He has a great riding style to watch, he now just needs to prove he can stay healthy indoors and outdoors.

9th Luke Renzland: I don’t think many expected Luke to do this well in the shootout. Despite being injured and missing some races, I think he had a very good season. I’d like to see him fighting closer to the top 5 for 2017.

10th Martin Davalos: I really didn’t expect a whole lot out of Martin in the crappy conditions. He finished 4th in points after missing the Toronto round due to Visa issues. It’s a safe bet that we will see Martin fighting for wins and podiums for many many more years in 250 SX.

Biggest East Stud: Malcolm Stewart is my stud. I feel the East Coast had more potential title challengers than the West, and Malcolm sealed the deal.

Biggest West Stud: Joey Savatgy is my West stud. He had a great season and never gave up once.

Biggest East Dud: I hate bagging on the guy, but come on Martin…you’re going to have to move up one of these years.

Biggest West Dud: I wouldn’t really say dud, but I was looking forward to seeing Jessy Nelson race this season.

Biggest East Surprise: Dakota Alix and his great starts week after week. This guy would look good on an orange bike North of the border. Just saying….

Biggest West Surprise: I really thought Alex Martin would be a top 5 guy every week.

Thanks for reading. See you outdoors. 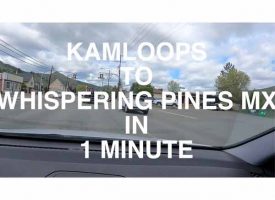