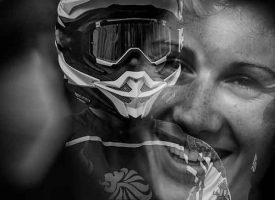 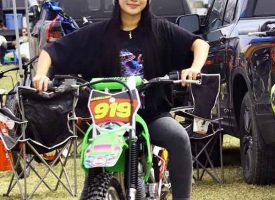 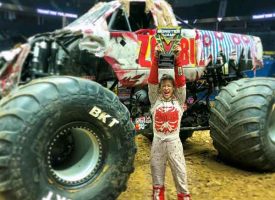 Out of the Blue | Chrisma Wortley | Presented by Schrader’s 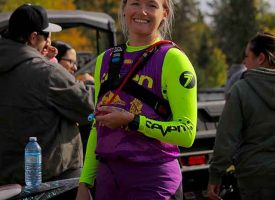 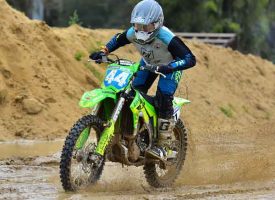 Out of the Blue | Nicole Gaudern | Presented by Schrader’s 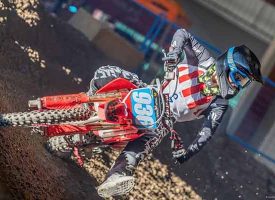 Out of the Blue | Peyton Belisle | Presented by Schrader’s 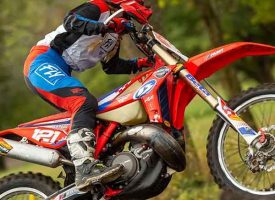 Out of the Blue | Tayler Bonecutter | Presented by Schrader’s 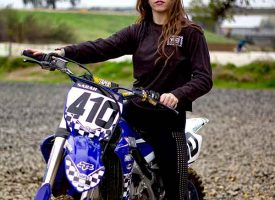 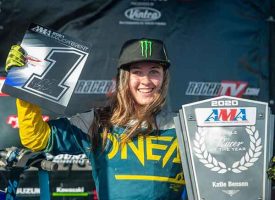 Let’s get to know a little more about Danika White. – Bigwave photo

How did you get started in racing?
Way back when I was 7 or 8, my brother and I played hockey all the time and my MOM wanted us to do a sport as a FAMILY! My dad used to race in the 70’s so she thought dirt bikes would be an awesome idea. It was!! We’ve all been riding as a family since then. I grew up in a pressure-free environment so I didn’t take the racing aspect as seriously as I do now (Laughs). My favourite part going riding was where and WHAT was for lunch.

As a little girl, did you ever expect to be this deep into a sport like motocross?
I don’t think I ever really thought about it as a little kid. After high school, I went to university and then started perusing a culinary education. Then in 2012 I broke both my ankles training for Round 1 in Kamloops (BC) for the Women’s Nationals. It just made me realize how much I want to be in this industry!

Do you think motocross is harder for a female to compete in?
Ahh, I wouldn’t say so. I’ve always competed against guys in other sports, and motocross has skill classes that cater to every single person. Also, in the Women’s Nationals it’s pretty cool that it’s an open class. We wouldn’t be where we are with Women’s MX in Canada without Denyae Arnett and Camille Baker though!

Who is your favourite rider and why?
Calgary’s own JC Seitz! Such a smooth and effortless rider. I have always looked up to him since I started riding. He’s helped my family and me out since we first got into the sport. He loves being out at the track, especially with his family. His little guy Dexter is going to be one to look out for!

Is there one lady racer out there that you think has paved the way for other girls to be successful in the sport?
I’d say 100% one lady that paved the way for me…JESS FOSTER! As a little girl, anytime I was at the track Jess would be out there just putting it to the guys. She was always my go-to for the best gear (gotta look good out there (laughs)) Just an awesome rider and person!

What Canadian Pro do you look up to and why?
Can I choose a couple?
I love watching our Alberta Pros at the races: Charlie Johnston – Todd Sewell – Mat Scott – Kelyan Meston – Jared Petruska – Allison Brothers – Ryeley Gallup – Braden Bury. Good group of guys, fast as hell and bros off the track.

What is your favourite track and why?
Coulee Springs! Landon King and his family have an amazing set up out there – natural terrain, rolling hills and big drops. It’s such a treat heading out there. Ooo, I also have to throw in the Palins track! That’s a hidden gem for sure. And always good company out there – awesome moto family!

Her favourite track is Coulee Springs…and I had to sneak in a shot of this pipe masterpiece. – Bigwave photo

Who is your hero?
My dad! He’s always there taking me to races and being supportive with everything in life. Being able to ride with your family almost everyday you head out is so awesome. He’s my biggest competition (Laughs)! We always have the best battles and push each other. It’s a blast. Factory Dad.

What are your goals for next season?
I definitely want to stay healthy and have a solid year of racing. I’m shooting for a single-digit number!

What are your biggest accomplishments?
Placing top ten this past year in the women’s nationals and starting to run again after my big injury!

What is your favourite part about going to the races?
Most people would say seeing all the dogs there (Laughs)… But I love the people at the track and races. It’s just a huge moto family. Being able to camp almost every weekend through the summer, and be around wicked people and do what you love during the day! I work with awesome people at Cycle Works Foothills – I get to see them all day at work – then we all head to the track together. It’s just an awesome thing when you look at it. The group of people at the track is amazing. Being surrounded by so many positive, nice people that LOVE dirt bikes…how could you beat that?

What do you like to do when you aren’t racing?
When I’m not racing I’m usually at the track riding! Even in the winter, my dad, my boyfriend Charlie Johnston and I studded up our bikes. In the winter I also head to the mountains to ski. Summer the lake is where it’s at! I recently got a paddleboard and absolutely love it. I can’t wait for some of this ice to melt!

Is it important to have a motocross racer as a boyfriend, or just a bonus?
Hmm, I would say it’s more of a bonus…But I love going out to ride and why not spend that time with someone who loves it as much as you! We met at the track, ride at the track, and will be at the track for as long as possible. (Laughs) I guess I used to beat Charlie at races…Not anymore though.

Danika used to beat her boyfriend Charlie at the races. – Bigwave photo

If you ever have children, will they be motocross racers?
Heck yeah! I wouldn’t push them into it though…But we’ll just stick with dogs for right now (Laughs).

Who do you want to thank?
I want to thank my family and boyfriend Charlie for helping me all year round, everyone at Cycle Works Foothills and Cycle Works as a whole, KTM Canada, Troy Lee Designs for the sick set ups, LimeNine for keeping our race bikes looking mint, Sosa Original pulling all the gear together, Martin Hansen from MotoFoto, Big B Moto Photos, Norcan Fluid Power, and the community at WRMA for keeping it alive! Also, thanks a bunch for the interview, Jeff.