One of the most memorable events of the 2009 Canadian MX National Series was the Monster Energy Golf Classic for the Injured Riders Fund. The ‘tournament’ took place Friday afternoon and with Billy Whitley in charge of things people got behind it and raised a bunch of money. What became obvious at the golf course was how little the actual golf scores mattered. Everyone had a great time and I don’t think anyone got hurt, but James Lissimore actually lost a golf club.

Here’s a brief look back at that great Friday afternoon just outside Walton, Ontario.

This little statue pretty much summed up everyone’s afternoon.

This is Colton Facciotti getting the names down on the score card before we got started. We may have been the only group keeping score…

This actually started out as a full track suit. It was about 35 degrees Celsius so Brock Hoyer made a few rough alterations.

Nick Evennou was in the full spirit of the event…all day long.

Outfits went from the absurd to classic traditional.

We’ll just pretend this was a Billy Whitley practice swing.

Nick’s band ‘Guns and Flowers’ were sort of a rip off band back in the early 90’s.

Don’t hate Colton because he makes motocross look so easy. Hate him for having a second career to fall back on when he gets older.

The breaks on the ‘greens’ were a little difficult to line up.

I think this was one of Jeff McConkey’s brilliant tee shots.

Hanging out at the end of a great day on the links.

Kyle Beaton picking a golf blister that worries him for Sunday.

Billy thanking everyone for participating.

Nick was obviously on fire that day.

This was a great event for a great cause and it would be cool if it could be successfully brought back. 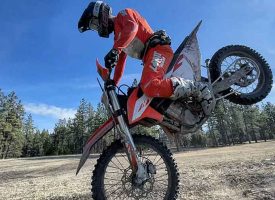 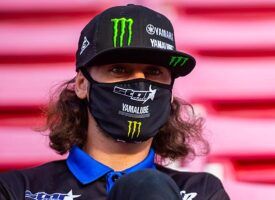