With the recent news at Monster Energy Kawasaki in the USA regarding the release of #18 rider Davi Millsaps, questions arose about whether or not this meant anything for the Monster Energy Thor Kawasaki team here in Canada.

Direct Motocross spoke with Monster Energy Thor Kawasaki’s Jason Hughes this morning and, to make a long story short, he said, “Brett Metcalfe will be in Canada” this summer.

If you remember, the Canadian team based out of Kamloops, BC lost the services of the would-be defending champion in 2014 when a spot opened on the American team and was filled by Metcalfe. The friendly Australian would go on to finish a very solid 4th in the Lucas Oil AMA Motocross Championships in 2014.

This may be great news for fans of Canadian motocross, but you can be sure the rest of the MX1 field isn’t feeling as elated about this news as the rest of us.

According to Monster Thor Kawasaki’s Jason Hughes, Brett Metcalfe will be in Canada this summer regardless of what happens down south. – Bigwave photo 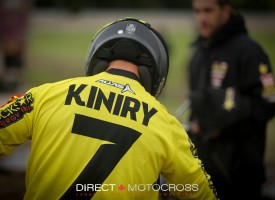