This past Saturday I made the 10-hour drive down to Ironman MX in Crawfordsville, Indiana. I was pretty bummed out last season when I heard from everyone how great this round was. I decided early that I was all in for Ironman, and I’m glad I did. I was a huge fan of the town, the track, and the entire event. It’s definitely a round to put on your ‘things to do’ list in the future.

The weather started out a little wet early on Saturday morning, but actually turned out to be a great day and made for some great racing. The crowd and atmosphere was very good for a final round that already had both titles wrapped up. We had quite a bit of Canadian content at Ironman, so it was really easy to have fun. Here are a few behind-the-scene pictures of this year’s event. Thanks for looking.

Our half Canadian #761 Cade Clason hams it up and ruins a good photo with his mother. Clason had a very good day in front of a ton of family.

They’re not only teammates, they are also cuddle buddies.

We never really get to see any of Dave Snider’s photos, but I’m going to say this isn’t one of his best.

It was hot, it was humid, and it was very rough. Someone forgot to tell #926 Kaven Benoit, because he looked super-smooth all day long.

This guy asked me to take his picture. I never did get his name, but look for him on the line in the MX2 class at Gopher in ’17.

I found Keith Howsam breaking out the ‘Blue Steel” amongst the Ironman locals.

Mathieu Deroy has had a lot to smile about this year. What a rookie season he had as Benoit’s new wrench.

Fly Racing’s Jason Thomas is one of the nicest guys out there.

Plus he’s always down with the latest hair styles.

The awkward eye contact before an awkward photo with John Tomac.

It was nice to see that quite a few Americans followed DMX and wanted their pictures taken,

It was nice to see injured Cole Seely at Ironman. He was signing autographs for the majority of the day.

Pretty cool how they snuck the number one onto Coop’s bike. Look close.

Aaron Plessinger won the last moto of the season here at Ironman in 2015, and guess what happened in 2016?

RJ Hampshire didn’t have the greatest Ironman, but he was still throwing out the vibe before the motos.

Carey Hart is still trying to grasp the fact that Kenny is leaving.

Double duty on the 25 machine before moto 2. Marvin Musquin rode solid all day.

Hey Robin Hutch, your mom made the Faces. Where were you?

I don’t know if the Rock ever smiles. Maybe he will crack one next season with Jeremy Martin under the tent.

The guys at Pirelli have a pretty cool set up. Have I ever mentioned how great the MX32 Pro tire is?

Billy Wright had a lot to smile about. Thanks for the beer, Billy.

It was one heck of a career for Shorty. Thanks for the memories, Andrew.

JSR was a proud poppa this weekend.

It’s always nice to run into some familiar Canadian (and one Kiwi) faces down south.

When you’re terribly slow on the track, you need to look this good off of the track, eh mate?

Adam Cianciarulo was all smiles after completing his first full season outdoors as a Pro.

Plessinger had a ton of family and friends screaming for him all around the entire track.

Cooper’s ride will get one last hurrah at the Charlotte GP, then it’s on to the 450 for good.

Where has the season gone? Young Canadian, Brandon Caplar, had the dream job this summer with the TPJ Racing team.

Karcher had a very cool set up for the privateers.

Time flies when you’re having fun.

Our friend, Grant Hutcheson, still stayed busy even with his rider, Justin Bogle, on the shelf.

I believe this guy was a Roczen fan.

‘Stank Dog ‘Gared Steinke had some issues early in practice and smoked out the entire valley. Of course the crowd went crazy.

I bumped into these 2 familiar faces. Eve Brodeur holeshot a moto on Sunday and finished 7th overall.

I’m not going to lie, it took us a while to figure out the spelling.

Not now Chief, I’m in the zone. Kaven was calm and cool all day long. He belongs down there in the top 10.

You wouldn’t have guessed that this was Dylan Wright’s first AMA National.

After qualifying, everybody was asking who the #223 of Dylan Wright was.

Half Canadian Cole Martinez had two solid mots and finished 13th o/a in the 450 class.

After Des Nations, word is that Alex Martin will be trading blue for orange.

Programming the #23 machine for the ghost ride wheelie after the moto 2 win.

You can show up to riders meeting with bed head when you’re this good.

Bam Bam and Trey catch up at riders’ meeting.

Nice to see young Mitchell Harrison stay on 2 wheels. He was 7th o/a in the 250 class.

Jordan Smith had an off day in his last ride for the Geico team. Word is he will be orange in ’17.

Momma Webb has lots to text about.

Our good friend Seth Rarick has never looked happier. He is Cooper Webb’s main guy and looks to be loving every minute of the job.

No Dylan, you qualified 3rd overall not 2nd.

Team USA looking so fresh and so clean as always.

Benny Bloss’ 167 machine should be dropping quite a few numbers after this season.

6th overall for the season in the 450 class. Who would have thunk. Great job, Benny!

Dylan had good reason to be smiling. Qualifying 3rd, and going 21-16 for 19th is a pretty solid 1st time south of the border.

I always seem to catch the best of Shawn. Great guy…

Nice to see Grant Langston at the races.

I don’t think I’ve ever seen Dave not smiling.

Thanks for a great outdoors everyone, see you at Arenacross in October. 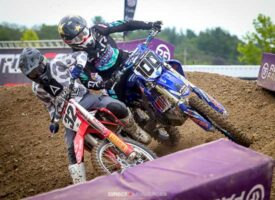 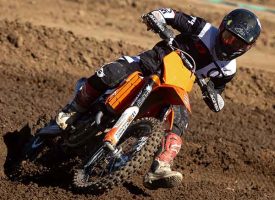 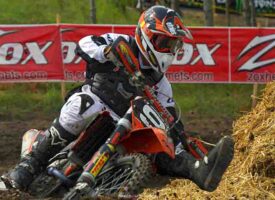