After a 17-plus hour drive from Ontario Friday night, Jeff and I were a little haggered to say the least for round 8 at River Glade MX in Moncton, New Brunswick. We managed to make a wrong turn when we headed south out of Quebec and into Vermont – we were about an hour west of where we were supposed to be.

After back-tracking about an hour, we managed to find the proper route that took us down and into Vermont for a maximum 5 minutes before hitting New Hampshire and then Maine. If you were to name the three states that most people don’t know the capitals of, those are your top three! How many do you know? See what I’m saying?

The racing was amazing again this week, and with only two rounds left, you need to get to one of these things before it’s too late. Here’s our weekly look at the people who were there in what we affectionately call ‘Faces at the Races.’

Dave Hewitson (AKA Cracker) was busy helping the track crew and getting his son through the Pro motos.

Johnny Silgren at the end of the day.

Donk was back at the races and helping out in the Monster Thor Kawasaki tent replacing an absent Mike Smith. He was busier than he anticipated when Brett Metcalfe had some mechanical issues in the first moto. Look how happy he is!

‘Hondas are Fun’ or ‘Happy and Free.’ Whichever you like, Mitch Cooke is HAF.

I don’t think Bobby Kiniry has EVER made this face before. After that hard fall in the first, it’s amazing he lined up for the second moto.

Jeremy Medaglia getting his TV interview.

Kaven Benoit is undefeated in the east this summer. Will he run the table?

Riley Brough couldn’t believe Bobby was there in the second moto either!

Cole Thompson made himself comfortable during his TV interview.

If you’re ever in Newfoundland, be sure to stop in and say hello to the Blackfoot East gang.

Getting Cole Martinez’s bike ready for the podium…soon.

I always grab as many head shots as I can at the riders’ meetings.

It was a big weekend for Eve Brodeur as she lined up for her first Pro/Am race in Moncton.

Nathan Bles was back in action.

Ken Theissen pretending there are batteries in this headset.

Helping out in staging.

The concerned look of a moto mom.

The well-hidden concerned look of a moto dad.

the salt stains on the hat give away his concerns.

Ernie and Pam hug it out.

Keeping it serious in staging.

I’m starting to think I should be wearing ear plugs too. What?

Word on the street is that this is Max Domi’s GF.

Heidi Cooke and the wee-uns.

Ken Clark had a busier-than-normal afternoon in Moncton.

If we hadn’t helped pack up the Husky pit Saturday night we would have snagged the last room at the hotel closest to the track. We had to endure Karaoke at the Econolodge in Moncton instead. Thanks a lot, guys!

Colton Facciotti took his first overall of the season. Seriously, that was the first one.

Jeremy getting a few calories in before his motos.

This was just hilarious. I guess someone needs to get another one ready for 2016. 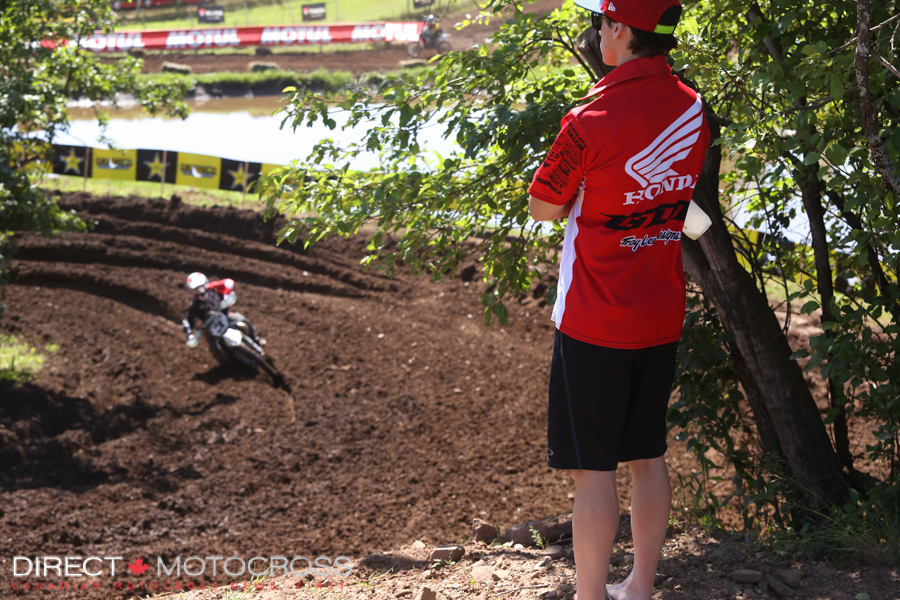 Jeremy scoping some lines used by his older brother Tyler. 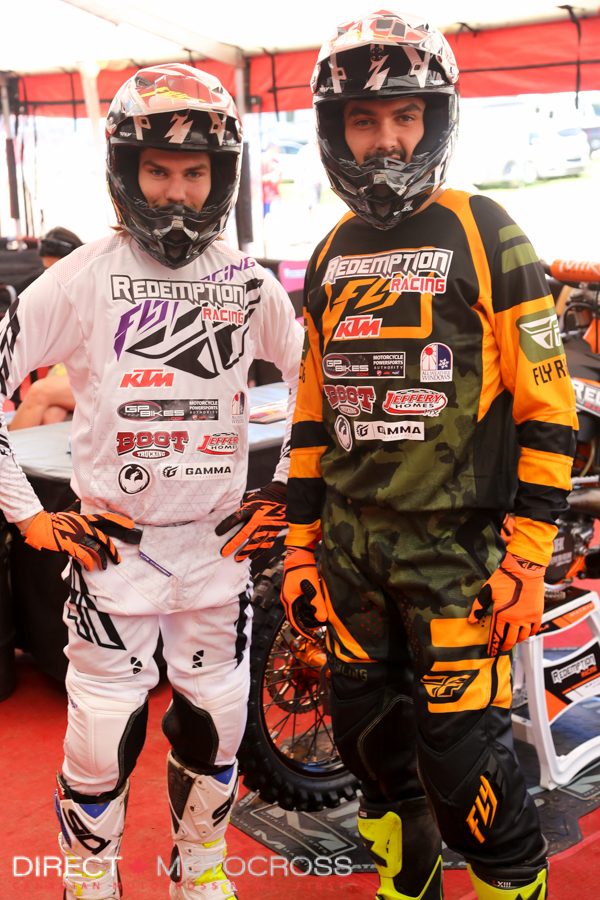 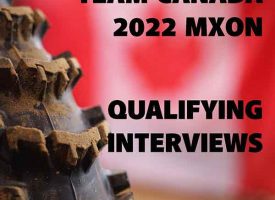 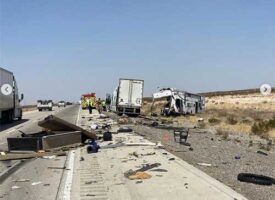