Just 5 weeks off wrist surgery that left Red Bull Thor KTM Canada rider #15 Jess Pettis from Prince George, BC working to get himself into race shape at Round 1 in Kamloops, fate was against him once again and he crashed at Round 2 at DORVA MX in Drumheller, AB.

When we saw the yellow flag waving early on the first lap of the first moto, it became apparent who the downed rider was as he was seen riding back to the pits.

Official word from the team has yet to come, but we have it from people close to Jess that he has indeed suffered a “broken elbow” and will be out for some time.

We wish Jess and the team all the best and will be sure to post a more detailed Press Release from the team as soon as we see it.

Tyler Medaglia Wraps Up the 2015 Season! 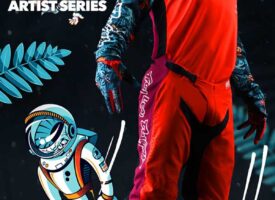 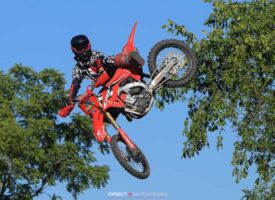