Round 2 of the 450 class lined up Saturday night in San Diego. The 450 class is extremely stacked this season, and top 10’s don’t come easy. Former champ #7 James Stewart gave it a go early in practice after receiving clearance to race. James took a very hard hit to the head last week, and although he got the OK, he and his team made the right choice to sit out after not feeling up to par on the bike. #28 Weston Peick was out of action, serving his suspension following last week’s dust up with #55 Vince Friese. The racing at round 1 was great, and round 2 didn’t disappoint. Let’s take a look at the results and my thoughts:

*After the race, Jason Anderson was docked 2 positions for jumping on a Red Cross flag.

1st Ryan Dungey: Once Dungey got into the lead, it was over. He rode a great race and the Dungey domination continues. He’s a winning machine, and as of right now, it looks like the only thing to take this championship away will be an injury.

2nd Chad Reed: Chad got a great start and rode very strong all 20 laps. You can never count Chad out. Heck, he will probably win a main event or two if he keeps this up. He’d be a great guy for #1W Cooper Webb to learn from in 2017 at Factory Yamaha.

3rd Jason Anderson: Jason didn’t get the greatest of starts, but he moved forward and rode aggressively. He caught #14 Cole Seely late and put the pressure on his old buddy and made it happen. He lost the red plate, but he’s still in it.

4th Cole Seely: Cole looked good out there. Anderson is definitely in his head. He needs to race forward and not look back so much.

5th Eli Tomac: Not a great ride, but not a bad ride either. As I said in my pre-season McTHOUGHTS, it will take 4 or 5 rounds for Eli to become the winning machine of old.

6th Ken Roczen: Ken needs to work on his starts. He needs to be up there, and be able to sprint away with the leaders. Once he gets up front, I believe the mistakes will be a thing of the past.

7th Trey Canard: What’s going on with Trey? This guy has so much speed and is so aggressive, it’s not normal to see him this far back.

8th Jake Weimer: Great ride for Jake. He looked good all night long. Nice to see him bounce back from that scary crash in Detroit last season.

9th Marvin Musquin: Good to see Marvin bounce back, after a not so good round 1. Once he figures out the 450 completely, he will be a top 5 threat.

10th Justin Brayton: Brayton went backwards hard! With this stacked field, a 10th is a good ride, but it would be a better ride if he came from the back and moved forward. He was passed 9 times. That can’t be good for the confidence.

Biggest Stud: Chad Reed is my stud. He rode great and in motocross years, he’s a senior citizen. It also helps that seeing Reed on the blue bike just looks right.

Biggest Dud: I hate to do this, but Wil Hahn is my dud. It’s great to see Wil back after a few years of very serious injuries, but this has been 2 weeks in a row where he barely squeaks into the main event. I believe his contract is up at season’s end, so poor Wilbur needs to step up and ride like he did to earn his Monster Energy Kawi ride. Let’s hope it’s just poor starts.

Biggest Surprise: I’m shocked to see that we have 6 former 250 SX champions, 1 former World Champion, and 1 250 National Champion all outside of the top 10. Can you say stacked?  WOW!

Thanks for reading and I’ll see you next week! 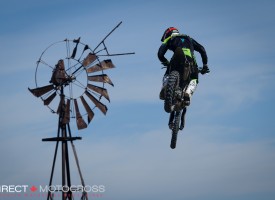 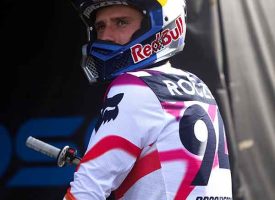 Faces at the Races | Anaheim 1 Supercross 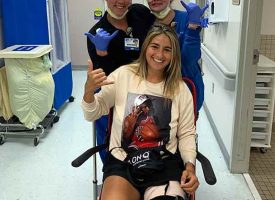 Off the Cuff with Jacqueline Ross | September 2022 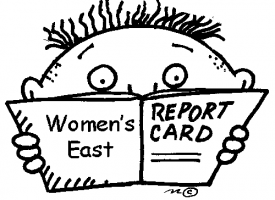