Jeff gives us his thoughts on the Dallas SX.

Hey, guys.  The Monster Energy AMA Supercross series was in Arlington, Texas, this past Saturday night. It was round 7 for the premiere class, but it was round 1 for the 250 East class. The West 250 riders take a break and we get a whole new crop of racers ready to move up the SX ranks.

This season, the East has a little bit of everything to offer. It has the defending 250 East Champion Justin Bogle, the reigning 250 National Champion Jeremy Martin, former World Champion Marvin Musquin, and even former X Games Women’s SX Champion Vicki Golden. Unfortunately, it seemed like Golden was the biggest news. I am a huge supporter of Women’s racing, so I hope people don’t get their panties in a bunch, but here it is: Yes, she is super-talented, and yes she jumped through all of the required hoops to earn her Pro license, but Vicki is, at best, an average B class rider. I kind of feel sorry for her. Everyone is watching her, and she has the added pressure of Feld promoting her so much. Yes, she will get better as the season progresses, but so will everyone else. In the end, I wish her the best of luck and I hope she is having fun.

Now onto the racing action. They brought in new dirt and the track was one of the best yet this year. It was pretty tricky and offered a lot of traction. Let’s take a look at the results and see my thoughts:

1st Marvin Musquin: Marvin missed the entire SX season in 2014, but he made Round 7 look like a breeze. He is so smooth and rarely makes mistakes. He is going to be very hard to beat all season long.
2nd Justin Bogle: Bogle looked very good, but his speed isn’t up to par with Musquin. With good starts he should be able to stay with the other contenders.
3rd Joey Savatgy: Joey rode well for his first career podium. A few times I thought he looked a little over-anxious and almost threw it away. I don’t see him winning one this season.
4th Jeremy Martin: Even though he missed out on a podium, in my eyes this is almost a win for Martin. He failed to qualify for Round 1 the previous two years. A good ride for 4th is a great start for Martin and keeps his title hopes alive.
5th Matt Lemoine: Matt looked good at the opener. He is a veteran of the class and has podium speed. I would still rather see him on a 450.
6th Vince Friese: Vince finished 3rd overall last season in the east, but I feel the talent is too deep this season. He will be very consistent all season long but that will be in the 4-6 spot. Good ride for Vince and his mechanic Robbie Feder.
7th R.J. Hampshire: R.J. had a nasty crash in practice. Glad to see him bounce back with a 7th. He will be in the top 5 next week.
8th Arnaud Tonus: Arnaud was a huge surprise in practice, going back and forth with Musquin for top spot. Good first ride for the Swiss rookie. After he gets a few races under his belt he will win one this season. Oh yeah, and he wears a chest protector.
9th Martin Davalos: Speed will never be a problem with Martin; staying on 2 wheels will be. He threw away what looked to be an easy podium. Maybe he will start to get a seniors discount in the 250 class…
10th Kyle Peters: Good ride for Peters. The East is stacked this season, so a top 10 is a pretty big deal.

Biggest Stud: Marvin Musquin is my stud. He was the fastest qualifier and led every lap. It’s looking like he is going to be the man to beat for the title.
Biggest Dud: Martin Davalos is my dud. This is his 10th year in the 250 class. 10 years!!!
Biggest Surprise: I was really surprised with Anthony Rodrigues‘ speed, but it doesn’t look like he learned from last year’s early exit due to injury. They say sometimes you need to slow down to go faster and I think he is a prime example of this.
Vicki Golden Watch: Vicki qualified 54th out of 56 with a 1:01.009.

1st Ryan Dungey: Dungey looked like a machine on perfect rails. Somebody needs to step up and derail the “Diesel” before his points lead gets unreachable.
2nd Ken Roczen: Ken looked really good, but he can not let RD5 get away from him at the start like that. He really needs to win at ATL.
3rd Trey Canard: Trey had a good ride, but was just off the pace a tad. He now trails Dungey by 23 points and Roczen by 11. Trey needs to finish in front of these 2 guys to get back in it.
4th Blake Baggett: Great ride by Baggett. I honestly never thought he would get in the top 5 with this field. Whatever he is doing, it is paying off. Definitely a podium guy at Daytona!
5th Andrew Short: Another good start equals another good finish for Short.
6th Jason Anderson: A better finish for ‘La Flamma Blanca.’ I feel like his ‘hang off the back of the bike’ style will work well on the East. He is on his way back to a top 5 and podium.
7th Eli Tomac: Chad Reed got to Eli and his emotions and will cost Tomac any chances of winning the title. He has the speed, but will now have to keep his eyes peeled for the 22 all season long.
8th Josh Grant: Finally JG33 is in the top 10. This is where Grant should be and needs to be if he wants a ride next season.
9th Broc Tickle: Tickle moved forward and snagged a 9th. He probably isn’t too pumped on it, but with this stacked field, it isn’t that bad.
10th Cole Seely: Not a great ride for Seely, but like I have said all season long…he will struggle in the East.

Biggest Stud: Dungey is my stud. He just looked so good out there.
Biggest Dud: I hate bagging on this guy because I really am a fan, but Davi Millsaps looked like a complete ‘gomer’ when he whisky’d off the wall single. Let’s hope the real Davi is back in Atlanta.
Biggest Surprise: Bagget is my surprise. He is getting better every weekend. He will be a beast outdoors.
Canadian Connection: Josh Hill finished 12th, Mike Alessi finished 18th and Kyle Chisholm did not qualify. Former Canadian MX1 Champion Brett Metcalfe finished his 6-race deal after San Diego and sits 14th in points.

See you in Atlanta… 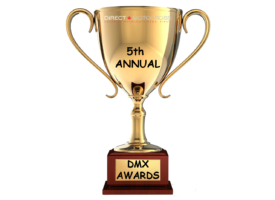 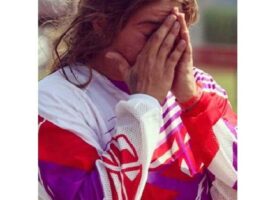 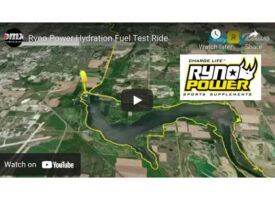