Six rounds down and the racing has been very solid every week. Yes, it is pretty much a given that Ryan Dungey will always be on the podium, but there are some really good battles going on throughout the pack. The class is so stacked, we have some serious heavy hitters outside of the top 10 every week. We are also missing some big names due to injury and the class is still stacked. Like the first 5 rounds, Sand Diego 2 didn’t let us down. Let’s take a look at the results and my thoughts.

1st Ryan Dungey: If you let a guy like Dungey get a start, you may as well start getting ready for the after party. In the past, Dungey wasn’t the fastest rider on the track, but he could maintain that same pace the entire race. Well, nowadays, Dungey is faster, fitter, and aggressive. He wants to win, and doesn’t settle like he used to. His fitness is so good he can run that insane pace for all 20 laps, mistake free. You’d be silly to bet against this guy anytime soon during the ‘Dungey Era’.

2nd Cole Seely: Like I said earlier this season: When Cole gets a good start, he can ride a very good pace and maintain a podium. If he starts outside of the top 5 or 6, he doesn’t have the passing power like Jason Anderson or Dungey. Either way, it was another great ride for Seely, who is making a very strong case to stay at HRC Honda in the future.

3rd Ken Roczen: Ken had a good ride on a slippery track. The title may be getting out of reach, but I still think he has a few more wins in him this season. He has been much better as of late and I don’t see that stopping anytime soon.

4th Jason Anderson: If only this guy could get a start. They have been pretty bad lately, and he still seems to be the only guy moving forward more than a spot or two every week. He believes in his program and isn’t afraid to make the aggressive passes and go for it. As a fan, you have got to enjoy watching Anderson go through the pack. Time for ‘La Flamma Blanca’ to burn through a box of clutches this week and get back on the podium in Texas.

5th Trey Canard: I was impressed with Trey’s ride. He stayed strong for all 20 laps after being off the bike a while. He really needs to build off a good ride like this. His deal is up at the end of the season, and if the rumours are true, HRC Honda is looking at Ken Roczen. I would think Cole Seely would be the first choice as the 2nd rider on that team as of now. Trey can win indoors and outdoors, unlike Seely, but it seems like he’s been on the injury list more than on the bike.

6th Eli Tomac: Eli looked really good in his heat race. He is almost back up to speed after double shoulder surgery. I see another podium coming soon, followed by a win.

7th Marvin Musquin: After a decent start, Marvin had a spectacular get-off / re-mount which saved his night and possibly season. Marvin is slowly getting back up to speed in his rookie year, and will eventually be a regular top 5 challenger.

8th Chad Reed: Chad looked a little off the pace, but an 8th is still a good result in this stacked class. We are heading East very soon, and if he’s going to get a win, I wouldn’t be surprised to see it happen in Atlanta.

9th Weston Peick: There isn’t as much hype for Peick as in the past, but a 9th is good in my books. Look at the 8 guys in front of him. He really is not better than any of them. He doesn’t have the fitness or speed to podium with these guys, but in 2016, a top 10 is pretty darn solid. I think it’s a good ride for him.

10th Justin Brayton: Solid ride for Brayton. Like I said earlier about Peick, the guys in front of Brayton are better than him and he probably won’t beat them anymore, straight up.

Biggest Stud: Because you are not going to not put Dungey as your stud. The guy is the best right now. Nothing else needs to be said.

Biggest Dud: I know rules are rules, but Cade Clason‘s last corner effort to make it into the main event was cool! If Jeff Alessi hadn’t slowed up the pack and fumbled in that one corner, Cade would have safely made it into the main for the 3rd consecutive week. You have got to respect a guy for sending it in hopes of making the main. Good job!

Biggest Surprise: I’m still shocked that Josh Grant is without a ride. Is this guy wanting too much, or does he not want to ride another brand? I don’t get it.

Thanks for reading, and see you in Texas. 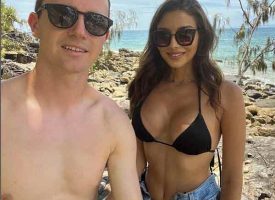 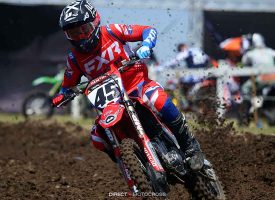 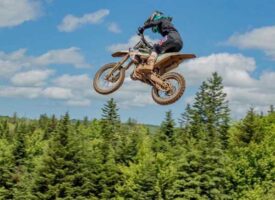 Out of the Blue | Hannah Cole | Presented by Schrader’s