Round 16 went off on Saturday night in New York City. It has been a long series and some of the riders are already over it, and in outdoor mode…not Ken Roczen and his RCH Suzuki squad. They have been working hard, as of late, and the way Ken rode Saturday night shows that they are working in the right direction. Ryan Dungey‘s incredible podium streak came to an end as he finished 4th to clinch his 3rd career title. The racing in the pack was pretty exciting and fun to watch. Let’s take a look at the results and see my thoughts.

1st Ken Roczen: Wow, Ken looks great right now. Whatever the issue was, it has been taken care of and then some. The was a complete whooping that he put on the field. Let’s hope it carries over to outdoors and we get a nice 3-way championship battle between Dungey, Tomac and Roczen.

2nd Eli Tomac: Eli looked really good and didn’t waste any time moving forward. He has been hot and cold lately, but he still has the speed to match anyone (except Roczen on Saturday night, nobody could match that).

3rd Cole Seely: Glad to see Cole back on the podium. He had a tough fight with Dungey and stayed strong the entire time. I’d like to say he has a win in him at Vegas, but let’s be serious…have you seen Ken Roczen lately?

4th Ryan Dungey: The streak is over, but who cares? Ryan Dungey has been on a whole different level this season. Sure, he may have backed it down for this one, but it made sense. Now he can head into Vegas stress free and go for another win. The scary part is, he thinks he can still improve and get better. The bad part is, guys like Dungey keep working harder, and the guys that really need to work harder don’t.

5th Justin Brayton: Great ride for Brayton. When he gets good starts, he can stay up near the front. I’m just curious how he’s going to do outdoors?

6th Jason Anderson: Terrible start for Anderson. He has the speed, he has the bike, and he has the fitness – he’s just missing the consistent starts. It was a nice ride coming through the pack though.

7th Marvin Musquin: Marvin was dead last after locking bars on the start, I mean dead last. He had a really good ride coming through the pack and is looking like his old self again.

8th Trey Canard: Trey had a very scary-looking crash early on in the day when he decided to race his bike to the landing of the triple. He walked away with a sore bum, but it had to have shaken him up. 8th isn’t a great ride for Trey, but I’m just happy to see him finishing races and not riding on the medics’ mule.

9th Chad Reed: Reed got a decent start, but had some fast company around him. I didn’t expect him to go back this far. Maybe he’s already looking forward to something else?

10th: Justin Bogle: Justin has looked really good as of late. A top 10 this season is closer to a top 5 in previous years. He’s beating some serious players lately. Will it be enough to secure a good ride next season?

Biggest Stud: Ken Roczen is my stud. He destroyed the others straight up. Nobody would have touched him no matter what.

Biggest Surprise: Roczen is my surprise this week. I knew he was hot, but not this hot. Very impressive!

Thanks for reading. See you in Vegas. 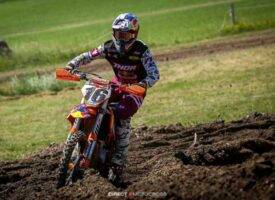 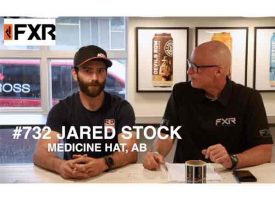 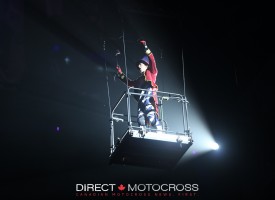