Jeff gives us his McThoughts on the Santa Clara SX.

Hey, guys. I am back after a week away from the saddle. While I was away, ‘Bossman’ Billy stepped in and really did a great job. Hopefully, I can win my spot back with my thoughts from Round 15. This week’s stop was at a new venue in Santa Clara, California. The dirt looked really slippery and the roost looked nasty. It’s not often you see the race winner of an SX running hand guards, but the number 5 of newly crowned Champion Ryan Dungey was running them. Honestly, Ryan probably didn’t need them out front, but better safe than sorry.

In 250 action there was one heck of a first turn pile-up. In my opinion, Pro Circuit rookie Chris Alldredge caused the wreck that only allowed 7 riders out of 22 out of corner 1 unscathed. Josh Hansen led some laps and was on his way to a podium until a motor issue forced a DNF for the 100. Cooper Webb was once again the man of the little class coming from way back. Let’s take a look at the results and my thoughts:

1st Cooper Webb: Cooper was on the ground after a massive first turn pile-up, but that didn’t slow the 2015 West 250 Champion from making easy business of the competition. Cooper has been the top rider and really deserved this title. It will be interesting to see how Webb will match up against the beast from the 250 East Coast Marvin Musquin in 2 weeks.

2nd Justin Hill: Hill finished a rough season with a great ride. He, too, was involved in that big pile-up and diced his way through with ease. With no pressure on Hill, he will no doubt be looking to win the East/West Shootout.

3rd Alex Martin: Very good ride for the older Martin brother. He is a hard worker and is getting better every year. It is nice to see him on the box again.

4th Malcolm Stewart: Good ride for ‘Mookie’ after the first corner pile-up. Mookie was also a little banged up from a few nasty crashes. Let’s hope Stewart can find himself a 450 ride for Outdoors.

5th Shane McElrath: Yet another victim of the pile-up, Shane rode well for a 5th. He had a very solid season and will no doubt be looking for wins next season.

7th Aaron Plessinger: Rough night for the rookie. He led some laps…then crashed. Got back up…then crashed. Aaron finished a solid 7th after an up and down main. I definitely like what I see with this kid and think he will be on the box next season and maybe even be able to steal a win.

8th Matthew Bisceglia: Respectable 8th, but this guy will be expected to get podiums for 2016. He needs to stay off the ground.

9th Tommy Hahn: Another solid top 10 for Hahn. Nice to see his return to racing go well, but I do believe he is more suited for the 450.

10th Scott Champion: I didn’t really see Scott at all in the main. Come to think of it…I didn’t see him all season. Maybe a move to the 450 class is needed as riders sometimes get stale staying in the 250 class too long.

Biggest Stud: Webb is my Stud. He beat up on the West pretty bad this year and will be tough to beat in Vegas.
Biggest Dud: Chris Alldredge is my dud. This guy has speed, he has talent, but darn, does he ever hit the ground a lot and make poor decisions. If I was the guy cutting the cheques at Pro Circuit, I would be second-guessing this signing.
Biggest Surprise: I was surprised with how well Alex Martin rode. He sometimes gets overshadowed by his younger brother, so it was nice surprise to see him up front.
Canadian Connection: Canadian National regular Morgan Burger made the main and finished with a very solid 14th. Good job, Morgan!

1st Ryan Dungey: Another win by the new Champ. He had a little issue with Peick earlier on in the day, but new the and improved Ryan made an aggressive pass and showed everyone that he doesn’t take s#!t anymore. He rode pretty flawless in the main and captured yet another W.

2nd Eli Tomac: I still feel Eli is the fastest of the class, but Dungey is too good to be giving him head starts. Eli will win New York and Vegas and be a beast Outdoors.

3rd Weston Peick: Peick finally got his first podium. He rode well, but just doesn’t have a win in him. Good to see a guy that was barely making mains not long ago improve this much.

4th Jason Anderson: Nice bounce back  ride for ‘La Flama Blanca.’ I’m an Anderson supporter, but I wasn’t too pumped to see some of his questionable moves the last few weeks. Let’s hope Jason can stay in the top 5 where he belongs.

5th Cole Seely: Cole couldn’t do much after a poor start. He rode well and had a nice battle with Justin Barcia, Blake Baggett, and Anderson. He will be on the podium in New York with a solid 3rd.

6th Blake Baggett: I am pretty sure Blake is in full outdoors mode already, so a 6th is a solid, safe result.

7th Justin Brayton: Decent ride for Brayton, who is still getting back up to speed after some serious injuries.

8th Chad Reed: Reedy looked to have a podium in the bag until he came up short and went down. Good to see him hang tough and fight hard to get back in the top 10. Love him or hate him, Chad Reed is one bad dude.

9th Andrew Short: Solid top 10 for Shorty and his team has got to be pumped to have both bikes in the top 10.

10th Nick Wey: Great ride for Wey in his last season. How can you not be a Wey fan!?

Biggest Stud: Nick Wey is my stud. Seeing a guy like Nick do well just makes you smile.
Biggest Dud: No dud this week. I’m just happy to be back watching races.
Biggest Surprise: I am still shocked over the whole Davi Millsaps being terminated from Factory Kawasaki thing. Hopefully we will get some details soon, and hopefully Davi can secure a ride for Outdoors. Jake Weimer‘s spot on Monster Energy Team Tedder seems to be the best option in my opinion.

See you in New York! 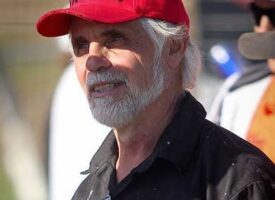