Monday Morning Coffee is brought to you by PR-MX.ca this week. Give them a click to check out all the performance products they distribute.

Hey, how’s the weather where you are?

If you wanted to ride in Southwestern Ontario this past Sunday, this is what was waiting for you…

I have to say, we had a really gentle winter in my neck of the woods this year. London, Ontario, sits in what has always been called ‘The Snow Belt’ and this year we must have been wearing suspenders because we didn’t really get many snowfalls. Of course, having said that, we got a spring snowstorm yesterday. I know tracks in the area were hoping for a busy weekend of spring riding, but you just never know what this time of year will bring, weather-wise.

I spoke to Derek Schuster over at Gopher Dunes this morning. I set him up with a question that I was sure would have him saying how bad everything was, but they were actually open!

“Yes, we were open and had 50 riders out. It was very cold!” – Derek Schuster

Wow, that tells you something about how desperate people are to get out on their new rides in these parts! It was below zero degrees Celsius and I don’t think I’ve ever seen bigger snowflakes in my life. Seriously, it was like light fluffy snowballs were being dropped from the clouds at one point. And then the freezing rain started…

Anyway, the temperature has risen to a balmy 8 degrees with drizzle and a blanket of fog making it look like a scene from ‘An American Werewolf in London’ out my window. “Stick to the roads…beware the moors!” If you haven’t seen that movie, put it on your list.

Jeff has sent over his ‘McThoughts’ so I won’t say too much about the actual racing this past Saturday night in Indianapolis. It was pretty cool that #23 Aaron Plessinger got his first-ever win, though. If you’ve ever had the chance to stay for a podium celebration where he’s involved, you can just feel the genuine thrill he’s experiencing. It’ always nice to see someone like that doing well.

There’s nothing artificial or ‘painted on’ about #23 Aaron Plessinger. Great win Saturday in Indy.

Malcolm Stewart heads into St. Louis with a 10-point lead over Plessinger, as Jeremy Martin struggled at Lucas Oil Stadium. Did you see the celebration between Aaron and Malcolm at the end of the race? I’m not sure what exactly was going on, but it was entertaining, if not a little awkward.

Here’s Jim Holley talking with Plessinger after his win:

#1 Ryan Dungey and #94 Ken Roczen rose above the rest again in 450 action and put on a great 20-lap show. They were 30 seconds ahead of 3rd place finisher, #21 Jason Anderson, at the checkered flag. They also lapped up to 6th place on the tricky rutted track. How does it actually feel to be racing Pro in the top 10 and getting lapped? That can NOT feel good.

Dungey is getting close to being 50 points (2 rounds) ahead of the field which could mean he clinches this title early. The series heads to St. Louis this week for an afternoon program. DOn’t forget to get in front of the TV early this Saturday.

#418 Dave Blanchet from Quebec was back in action in Indianapolis this past weekend on his PR-MX Strikt Racing Kawasaki 450. After crashing hard and enjoying the break while the series took Easter Weekend off and then headed out to California, he was back in the saddle in 450 action Saturday.

Dave Blanchet: Qualified 50th out of 57.

Canadian #418 Dave Blanchet tried to qualify in the 450 class this past weekend in Indianapolis. “The track got him,” is how team manager Julien Perrier summed up the weekend. On to St. Louis…

I’ll take the easy way out and simply post the Media Info Press Release from MXGP:

The MXGP series heads north to Mexico this weekend.

Canadians, Casey Keast and Dylan Delaplace, were also in California racing. Here are their results:

Meanwhile, out in BC, the weather has been great and the numbers looked healthy for the Future West Moto race at Popkum Motor Park.

“Thank you to all the racers, their families, the spectators and those at Future West Moto for a successful weekend! 203 practice riders Saturday and near 300 entries for race day. Moto is alive in BC and kicking with the kind of turnout we had this weekend.” – Popkum Motor Park photo

In Case You Missed It…

Huge thanks to KTM Canada for the great week we had out in California. The day out at Cahuilla Creek MX was fun to see all the Orange Brigade riders on one track at the same time. The future looks good for the orange squad!

If you missed all the stuff we posted from our week out in the sun, be sure to scroll back on the site and check it all out. It was a blast!

OK, it’s time to post up Jeff’s ‘McThoughts’ so be sure to check that out too. Thanks for reading and have a great week. We’re told that spring is supposed to actually get here later this afternoon, so we’ll be looking forward to that in these parts. Oh, speaking of Jeff, be sure to watch for him on the new 2016 Husqvarna FC250 test bike at a track near you. Make sure he has his elbows up!

Watch for Jeff on this bad boy at a track near you. – Husqvarna file photo 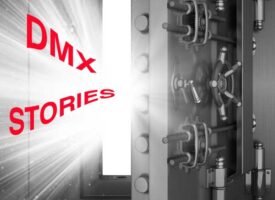 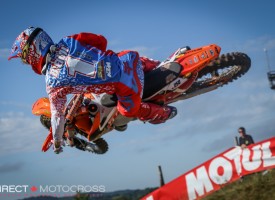 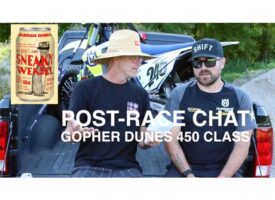