TRAVIS PASTRANA PROVES HE IS STILL THE MOST EXTREME ATHLETE IN ACTION SPORTS – Triple Flip?

Legendary Icon Crashes On Epic Synchronized Double Backflip Attempt Alongside Josh Sheehan And Immediately Gets on BMX Bike After, Landing His First Frontflip Ever

(Monday – April 13, 2015)  Travis Pastrana showed why he is still the most daring athlete in action sports Saturday night, coming back from a frightening crash at Nitro Circus’ Gold Coast, Australia show to achieve a new personal best. Pastrana and Josh Sheehan, two of the greatest freestyle motocross riders of all time, were going to close the CBUS Super Stadium show with an incredible side-by-side synchronized double backflip. Pastrana, having retired from performing doubles, doubled down on the risk factor by going for the World’s most dangerous trick, separated by only a few feet from Sheehan.

Prior to Saturday, the move had only been attempted once before.  Travis and Josh had never done it together.  And while Pastrana made the record books in 2006 when he hit the World’s First double backflip ever at the X Games, he had not gone for it in four years. Things went wrong for Travis on the landing, however, as he over rotated, falling off the bike and hitting the ground hard on his back.  Click here to see footage of the huge attempt and its scary ending. Through a surge of determination and adrenaline, however, Travis immediately got up, grabbed a nearby BMX bike and raced to the top of Nitro’s 50 foot Giganta Ramp.

Completely unplanned, Pastrana proceeded to go for his first ever BMX frontflip, which he landed in front of the stunned crowd.

After the show, Pastrana explained what made him roll the dice again with the double, and why he hit the Giganta. “At Nitro Circus, we’re all about taking risks and pushing the limits, even if it’s just to ourselves,” he said. “I hadn’t tried the double in a long time, but felt like it was time to throw down. Things didn’t work out on the landing quite like I planned – my back definitely took a big hit – but I still wanted to give the crowd, and myself, something special.”

Josh Sheehan, the World’s top-ranked FMX rider and current X Fighters champion, is getting ready to try to make some history of his own.  Already the only athlete currently performing double backflips regularly, he is gearing up to attempt an unprecedented triple backflip. “Seeing Travis come back from the crash was amazing,” Sheehan said. “To begin with, I was psyched to go double right beside the guy who made history doing it in the first place. Then he has the guts to get right back up after a wreck like that, and hit the Giganta? That’s unreal,” Sheehan remarked, adding, “It definitely pumped me up for the triple.”

As Josh Sheehan looks to rewrite action sports history, Nitro Circus Live continues its marathon 2015 world tour. The Australian leg wraps up on April 24 followed by return to America for fourteen performances in first-time markets between May 5 and 24. (See first leg tour dates below.)

The action then shifts across the Atlantic for the debut of Nitro Circus – Moto Mayhem, an all-new production, which will play nine European stadiums from May 29 to June 26.
For news on Josh Sheehan’s unprecedented triple flip attempt, tour updates, exclusive behind-the-scenes content, and more, go to http://www.nitrocircus.com.  Follow Nitro Circus Live on Twitter: @nitrocircuslive and Facebook: www.facebook.com/NitroCircus.

About Nitro Circus
Nitro Circus (www.nitrocircus.com) continues to position itself as the leading youth action sports & entertainment brand on the planet.  From humble beginnings, with Jeremy Rawle, Gregg Godfrey and extreme sports superstar Travis Pastrana producing DVDs from a Utah garage in 2003, to a smash TV series which has aired in over 60 countries, Nitro Circus has exploded to global popularity, leaving a burning impression on the minds of young people across the planet. Nitro Circus: The Movie, featuring cast members from the MTV series, was released in 2012 in cinemas worldwide.

In 2010, the TV show was transformed by current CEO and action sports industry guru Michael Porra into a must-see live event, creating the global touring phenomenon that is Nitro Circus Live. Since its inaugural Australian trek five years ago, the show has travelled the globe, obliterating box office records and cultivating a legion of diehard fans.  Nitro Circus has now rolled across five continents, blown away nearly two million fans and sold-out shows in Europe, the United States, Canada, Australia, New Zealand, China, Japan, the Middle East and South Africa. 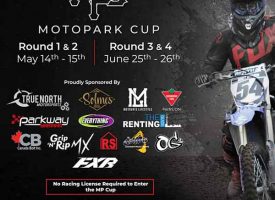 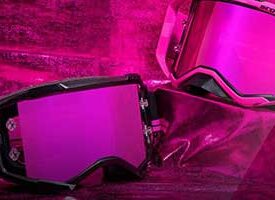 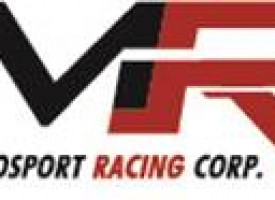