If you were at the final round of the 2016 Women’s East Nationals at RJ’s last Saturday, then the fact that #265 Brittany Gagne hurt her knee is definitely not news to you. She was leading the second and final moto in muddy conditions and looked to have the race in the bag when she got a little out of control and planted her right leg awkwardly.

She let out an bone-chilling scream and continued to yell her way around the track while holding down second place for the rest of the moto – it was a beast of a performance to be remembered.

She collapsed immediately after she crossed the line but still managed to climb onto the stage to collect her 2nd place overall trophy. Again, a beast of a performance.

Brittany went to get checked out when she returned to the USA. The news is exactly as she feared. She tore her ACL clean off the bone and also tore her MCL. She is scheduled for surgery September 9th.

From Brittany: “I have some of the best sports surgeons out here looking at it, so whatever it is, it will get taken care of and I’ll be back on a bike asap.”

Best of luck with the surgery and recovery, Brittany. 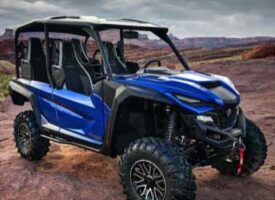 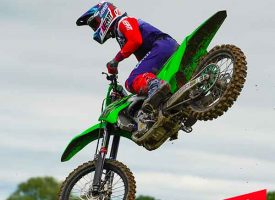 We Have a Winner in our A2 Leatt Contest 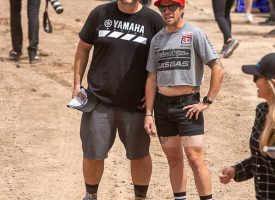