Live coverage of the Lucas Oil Stabilizer High Point National will be streamed for free exclusively on MAVTV.com and MAVTVPlus.com

CORONA, Calif. (June 16, 2022) – MAVTV Motorsports Network is excited to announce that motorsports legend Broc Glover is stepping back into the MAVTV broadcast booth as an all-star commentator this weekend to provide live analysis and expert insight of round four of the Lucas Oil Pro Motocross Championship in Mt. Morris, PA.

Glover was one of the sport’s most prolific riders, earning 35 total career wins and cementing himself as an all-time motocross great. He will be sharing the mic with MAVTV host and lead commentator Jason Weigandt. The MAVTV team is excited to have him back in the booth, sharing his expert analysis during the broadcast of the Lucas Oil Stabilizer High Point National at High Point Raceway on Saturday, June 18.  The opening race will kick-off at 10 a.m. PT/1 p.m. ET with comprehensive live coverage that will be broadcast on MAVTV Motorsports Network and streamed for free exclusively on both MAVTV.com and MAVTVPlus.com.

In addition to network coverage, fans in the U.S. and in countries around the world can stream all the action from High Point online for free through their smart TV, streaming device, or mobile device by logging on to MAVTV.com and MAVTVPlus.com.

MAVTV is available on a total of 220 providers across cable, satellite, telco, and digital broadcast platforms – including AT&T U-verse, Charter/Spectrum, DIRECTV,Fios by Verizon, FuboTV, YouTube TV, Mediacom, Hulu, and many more. Race fans who don’t have MAVTV Motorsports Network will be able to stream this weekend’s events for free exclusively on MAVTV.com and MAVTVPlus.com. 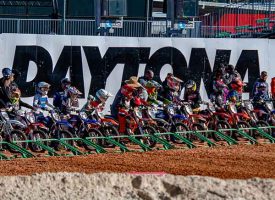 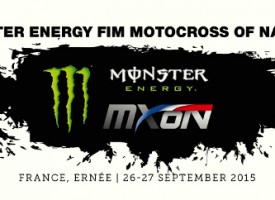