#300 Casey Keast from Kelowna, BC joined the 2021 Monster Energy AMA Supercross series 250 West at the first Arlington SX at AT&T Stadium. He made the night show at his first-ever AMA Supercross and then made it to the evening program at Arlington #2 as well.

Unfortunately, the tricky whoops section jumped up and bit him during the first qualifying session at Arlington #3 this past Saturday.

We caught up with him as he and Kevin Urquhart were in the Carlson Racing MX truck and trailer heading west back toward Kevin’s Bulldog Training Compound in Menifee, California.

It happened on the 2nd or 3rd lap of the first qualifying session on Saturday afternoon. He decided he needed to put in a fast lap and commit to the tricky whoops section after avoiding them in the free practice session.

He said that at around the 3rd or 4th whoop the front end dropped and he ejected into the face of the following whoop, taking the impact with his forehead and left hand.

He got up holding his left hand but picked up his bike and continued riding to the checkered flag, however, he said it was difficult to hold on.

After getting back to the pit and icing his sore left hand, he and Kevin decided he should go to the Alpinestars Medical Unit to get it looked at to make sure there was no actual injury. They had about one-hour-ten-minutes between sessions and with 30 left he went to see the medics.

The on-site x-ray showed a crack in the left 5th metacarpal bone (the bone in the hand that leads to the pinky finger).

The official word is that it could take 3-4 weeks for it to heal. Of course, in racer terms, that means there’s a chance he’ll be racing Atlanta in 2 weeks time.

They will head back to California and let it heal during the off time (there is no race this coming weekend) and then make a decision on whether or not to drive back east to race the 3 rounds in Atlanta. The Carlson Team has given him their full support and would love to see him race if he’s able.

Casey said they will go get it checked out in California to make sure there is nothing further damaged in his hand before they make a final decision. He is supposed to be in a 1/2 cast for 1-2 weeks. 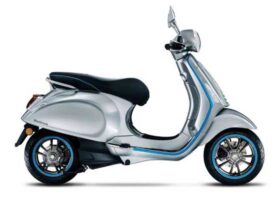