Welcome to Week #43 of the DMX Frid’Eh Update this week presented buy Race Tech. I’m still out in the west for the Future West Canadian Arenacross Championships at Chilliwack Heritage Park in Chilliwack, BC. Huge thanks to James Lissimore for letting me crash at his house and use his car while he’s over in Europe.

I decided to take advantage of the fact that I was a mere 3 hours from my sister’s place in Kamloops and head there for a visit to see her and my mom, who now lives there with her. We’ve had a great week and I need to take every chance that presents itself to visit with my mom.

I was also able to meet Shawn Maffenbeier for a coffee at a little coffee shop downtown that is actually owned by Blair Harper who used to work for Monster Energy back in the CMRC days. The place is called Motivo and it’s a pretty usual little place except for the fact that he’s got action sports athletes decorating the walls.

The story gets a little added kick when I tell you that he actually lives like 4 houses down the road from my sister. Small world.

Anyway, Shawn was a rider on the Rockstar OTSFF Yamaha team that has shut its doors, so now he’s looking for a ride for 2021. He’s not too concerned, though, for the simple fact that he’s been in the same contract situation every year of his Pro career except last season. This situation is no big deal.

Ryan Derry is #43 for the 2020 season. Ryan and his dad, Peter Derry, have been staples on the Canadian scene for a lot of years. Ryan looked really good this season and seems to keep getting better.

And here’s what he had to say when we got in touch with him this week:

Direct Motocross: Hello, Ryan. Thanks for taking some time with us this week. Let’s do our usual and let everyone get to know you a little better. How old are you and where did you grow up?

How did you get started riding and racing Motocross?

I woke up to a PW50 on Christmas morning at 4 years old. I would ride it at the school down the street. We got in trouble for that. Haha. I started racing at OCMC when I was 7 years old on a LEM 50. I didn’t race often but some of my best memories were at a family friend’s place in Aurora hitting sketchy jumps made from old appliances and such.

My first number was 17. There isn’t a story behind it but that number definitely has significance to me now.

Who did you come up through the ranks racing against?

I had some great battles with Bobby Byers on 80cc’s racing OCMC. I remember when I started taking racing more seriously in 2011. That intermediate year Bradley Dool cleaned up. Ben Toye was there too.

Desiree and I made a plan in the spring to do all the rounds minus the west coast. Ultimately, I’m happy I stuck with that plan. The indoor portion was fun and I’m grateful I got to race the Montreal SX. I did struggle on the outdoor portion of the series but I’m proud of myself for pushing through.
If the series was “normal” this year, was your plan to do the whole thing?

The plan was to do the whole thing! Throughout my life I’ve always had my foot halfway in the door with racing, especially starting university the same year I turned Pro in 2012. I jumped into the 9-5 life in 2016 and once the allure of having a big-boy job wore off I remember looking around asking myself what I was doing. Haha. Ever since then I’ve worked hard to get myself into a position where I can balance racing with work and ramp up my program each year.

You were able to do the truncated 2020 season. How did it go for you?

It went very well! I accomplished my goals in the outdoor portion of the series and surpassed my expectations in Supercross. Above all I’m very thankful that we were able to race this year….

Keylan Meston was awarded ‘Most Improved Rider’ of the year by the Triple Crown Tour. However, I think you deserve the award for the Supercross portion. What was it that made the difference for you?

It was a combination of things that made the difference. It’s attributed to the great people at True North Motorsports, Jadon Brown, who stepped in as my mechanic and did an awesome job, and my friends and family at the track with their positivity. I also think it was a decision I made mentally. Simply put, it was time to step it up!

You’ve been through a very difficult time. How do you stay so positive and keep moving forward?

I am blessed with a family that supports me so well. The moto community is also one of a kind. For me, it comes down to focusing on what is beautiful and admirable to me, what I appreciate, what I am passionate about, and continuing to push my threshold in all facets of my life. This is all impermanent and all we can do is find some meaning in what can sometimes seem like endless suffering.

Hey, someone mentioned that you may be involved in MMA. Is that true?

Hahaha In a parallel universe there could be a version of me that is. Or maybe that’s my next move after moto. Who knows, this life is crazy.

I’m a mechanical engineer specializing in the design of buildings from an energy perspective, using energy modelling as a tool to do so.

You’re certainly not new but you keep improving. How long will you keep racing at this level?

I see myself doing this for another few years, for sure. I’m the most fit I’ve ever been in my life and I know I have more to give.

As of right now I don’t think I’ll be going south to ride until March (if the borders are even open). I may be at a couple Snowcross events though….

OK, thanks for the chat. Who would you like to thank?

What’s Happening in Our Sport

There is so much going on at the organizational level in our sport that we can’t really look ahead and know what to expect. Losing your title sponsor is no small deal. With the purchase of Rockstar Energy Drink (founded in 2001) by PepsiCo, there is a complete restructuring of their involvement in sporting series. I know that our series is still under contract with them, but we’ll have to see what exactly that means.

Pepsi has been the distributor of Rockstar since 2009 and this acquisition now enables them to enter into the energy drink market without concern for competition regulations. Rockstar’s market share had fallen from as high as 20% down to 10% recently.

So where does this leave the Triple Crown Tour?

I had a chat with Justin Thompson on Thursday and he’s working hard behind the scenes. Of course he’s concerned, but he’s staying positive about several new possibilities. There will be some Press Releases coming out over the next few months, so we won’t know anything for sure until they are able to start rolling out the new plan.

With the uncertainty surrounding the current COVID-19 regulations, looking ahead to predict what the situation will be in 2021 is extremely difficult. Therefore, selling a series and its viability is definitely a tough sell for anyone.

And now it’s snowing like crazy here in Kamloops and I have to, somehow, make it over the mountains and down into the Lower Mainland for practice day today in Chilliwack.

We’ll leave things here this week and I’ll hit the road in these horrible conditions. Wish me luck… 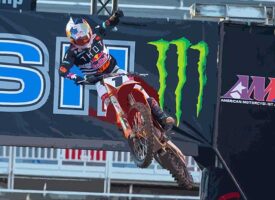 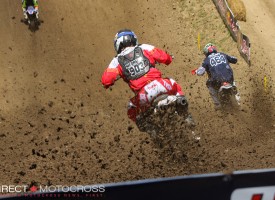 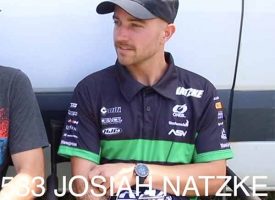 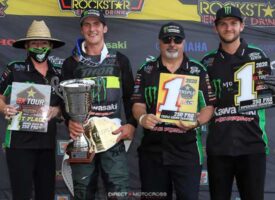 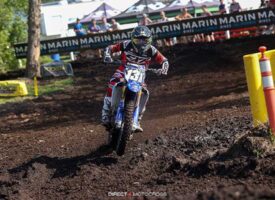