SG Powersports Scotty Motorsports Honda Canada rider, #49 Graham Scott, earned the #49 for the 2016 Rockstar Energy Drink MX Nationals. The 20-year-old Victoria, BC native was looking forward to his best MX1 season to date and even broke the top 10 in a moto at round 2 at The Wastelands in Nanaimo, BC and finished a season high 12th overall.

He and his dad put together a solid effort heading into this season with none other than Washington State’s #18 Brad Nauditt on the team as their MX2 rider. Unfortunately, while he was getting ready to race at Gopher Dunes this past weekend, he dabbed his left foot a couple times, awkwardly. He immediately felt some knee pain and the joint would occasionally “lock up” – not good.

He decided to sit out Gopher Dunes and went to get checked out at a sports physiotherapist Monday who told him he had a “torn meniscus” in his left knee. He was already beaten up a little from a crash at the 3rd round in Calgary where he hit his head and hurt his shoulder.

They have decided to call an end to the season and were actually in a rain storm somewhere near Thunder Bay, Ontario, headed west when we got in touch with him. Graham hopes to let the knee heal and race a BC series in September. They are unsure if the knee will require surgery at this time and will go to their usual doctor for further evaluation when they return to Vancouver Island.

Good luck with your recovery, Graham (who was quick to point out that he will be back in 2017).

Teammate, Brad Nauditt, has since been picked up by the Honda Canada GDR Fox Racing Team for the remainder of the season and sits 3rd in MX2 points heading into Ulverton, Quebec, this weekend.

Teammate, #18 Brad Nauditt, heads to the Honda Canada GDR Fox Racing Team for the remainder of the season|GDR Instagram photo 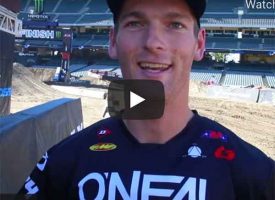 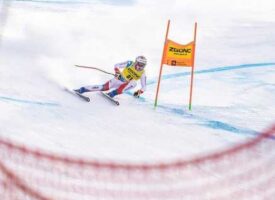 Gopher Dunes Pro National Weekend – What You Need to Know 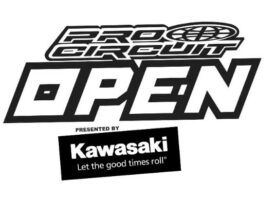