I’m back after a week away, and boy did I miss a lot. When I left, it looked like Cooper Webb was en-route to a perfect season – he was unstoppable. He could point his Yamaha in any direction at anytime, and it stuck. Fast forward a week…I arrive home and find out that not only the perfect season was gone, the red plate was also gone, too. What the heck happened? I still don’t think Webb can or will be beaten straight up. Christian Craig is really starting to put it all together and the bandwagon is filling up fast. Yes, he is super-talented, and yes I love his riding style, but you won’t find me on this wagon. It’s just the whole “out of retirement” thing is getting old. Ricky Carmichael retired at 27 years old with 150 combined wins. Craig didn’t retire, he quit racing SX and nationals. Christian changed careers, he was building houses, and was still riding a lot, and racing locally. Yes, he took time off, but he didn’t retire. Anyway, he rode great on Saturday and captured his first 250 SX win. Had Webb not washed the front end on the very slippery track, it is pretty safe to say Craig would not have won. But Webb did wash out, and congrats to Craig and his team. Colt Nichols continues to prove he is for real. This guy would look really good on a Pro Circuit Monster Kawi next season. Chris Alldredge doesn’t seem to want to do much with his ride, so it makes sense in my eyes. Let’s check out the results and see my thoughts:

1st Christian Craig: Christian rode great for his first win. I’ve been a little hard on this guy because of all of the hype. Yes, he deserves the credit right now, but he’s not a young kid. Geico has signed him for the next 2 years, so let’s hope he doesn’t turn out to be another Martin Davalos, and just stick in the 250 class.

2nd Cooper Webb: After a disappointing 5th round, Cooper needs to better his starts and leave the pack behind and clinch his 2nd title. I feel he rode very well and is still, by far, the best of the West. If it wasn’t for a slide out on a very slippery track, he would have gotten his 4th win of the season. If he can start in the top 2 or 3, I feel he could win by 20-plus seconds and prove to everyone that the class belongs to him.

3rd Joey Savatgy: Congrats to Joey on getting his first win and points lead, but more impressive to me is holding that red plate for more than 1 week. I honestly feel Joey is the best of the rest, and if it weren’t for Christian Craig jumping into him at round 1, he’d be the sole holder of the red plate this week with a few points to spare.

4th Mitchell Oldenburg: These are the rides I expect out of a factory rider like Oldenburg. Yes, he was struggling to just make the mains not very long ago, but he earned a factory ride with some hard work and big improvements, so now rides like these are expected. It’s crazy what a little confidence can do to a rider on the brink. In a not-so-strong West Coast, Oldenburg should be fighting for top 6’s or better for the remainder.

5th Colt Nichols: Started 10th and finished 5th. Another very strong ride for Nichols. I truly believe this guy needs a PC ride, Geico ride or TLD ride in the very near future. After a year with Mitch, I feel he could win a few of these.

6th Chris Alldredge: These are the rides Chris needs week in and week out. He has the speed, but he also likes to sample the dirt a little too much. The big question will be, has he done enough to be re-signed for 2017?

7th Alex Martin: Poor Alex went backwards in the main. Still a solid result, but I’m waiting for a breakout ride from him shortly.

8th Kyle Cunningham: I still feel with Kyle’s skill and amount of time in the class, that he should be doing better. I still haven’t seen that crazy speed he has been know for over the years.

9th Jimmy Decotis: Not the result Jimmy was looking for, but he is still having a great season. Once he gets his little issue sorted out, this guy will finally get his podium!

10th Kyle Peters: This guy gets top 10’s, that’s what he does. Yet another solid ride for Peters. I would like to see Kyle ride a 450 on the East and see how he does.

Biggest Stud: Craig gets my stud this week. He got over his early-season mistakes, and is on a pretty nice roll right now.

Christian Craig is the 250 Stud from the Phoenix round. ~ Bigwave photo

Biggest Dud: No dud for me this week. I’m just glad to come back to some good racing after a week away.

Biggest Surprise: Joey Savatgy holding onto the red plate as the co-points leader for a second week is a bit of a surprise. It’s one thing to get it when the leader suffers a mechanical DNF, but it’s another thing to hold it the following week. Good job to Savatgy because that red plate looks so good on the green Pro Circuit Kawasaki.

Canadian #127 Cole Thompson: Cole qualified 16th and had a very solid heat, finishing 6th. Cole sits 15th in points after a solid 13th in the main.

Thanks for reading and see you next Saturday. 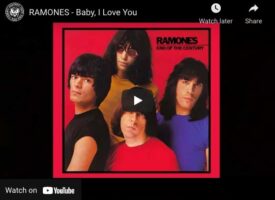 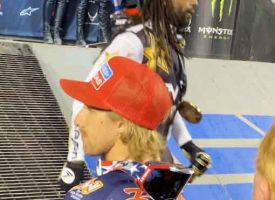 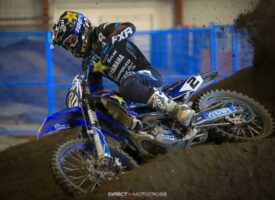