The final round in the Lucas Oil AMA Pro Motocross series was this past Saturday in Crawfordsville, Indiana. The day started out dark and wet, but after qualifying the sun came out and made a wet, soggy track into a really good track to race on. Like always, the top guys were out front, but there was a complete unknown 3rd in qualifying.

Canadian, Dylan Wright, went out early in practice one and set a time that would hold. Not just a one-lap wonder, Dylan went out and rode great in both motos and finished very respectable for his first kick at the can south of the border. Fellow Canadian, Shawn Maffenbeier, also made the trip, but unfortunately had issues holding him back. The track was deep and the jumps were huge making it very tough on the small bikes. Let’s take a look at the results and my thoughts:

1st Austin Forkner (1-3): Forkner looked great all day. He should have had a 1-1 score, but had troubles late in moto 2. This kid is the real deal and finished the season 4th in points with 376. 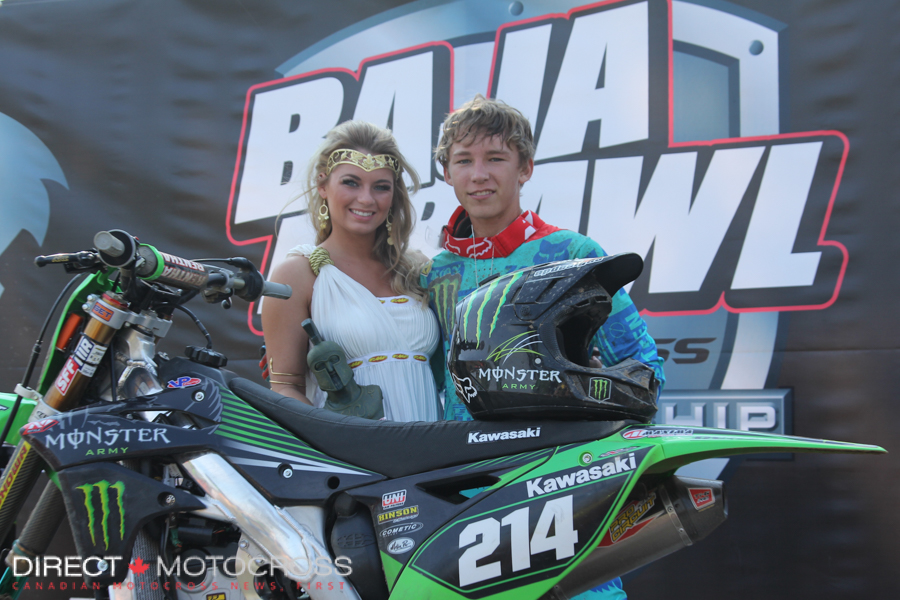 2nd Aaron Plessinger (8-1): Aaron won the final moto of the season here last season. I was almost shocked to see him holeshot moto 2. It’s a really long start and he’s got a few pounds on Forkner. The failed wheelie into a ghost ride after the checkered flag as a fun way to end the season. Plessinger finished the season in 5th with 351 points.

3rd Cooper Webb (5-2): Cooper was in a tough battle in moto 1. I really don’t think there was any reason to hang it out and he rode conservative. Cooper is your 2016 250 National Champion with 495 points.

4th Alex Martin (3-4): Alex was great in both motos. Two good starts and two really good finishes. Even better, Alex finished second in points for the season with 422 points.

5th Adam Cianciarulo (6-5): It’s really nice to see AC finally getting healthy and back up to speed. This guy is still a super talent and will be one to watch in SX. He has grown a ton over the last two years, so some of the bigger jumps are tough, and his starts are crucial. He rode two solid motos, and finally completed a full outdoor season. Adam was 8th overall for the season with 266 points.

6th Arnaud Tonus (4-9): Moto 1, Arnaud looked great. He is a bigger 250 guy, but was jumping the big step-up triple with ease. I wish he could have ridden the previous two years like he did at the end of the season. Tonus finished the season 9th in points with 243.

7th Mitchell Harrison (10-6): I got to watch Harrison for a whole winter in 2013 at GPF. He has incredible speed, but he tends to hit the dirt a lot. If he can figure it all out, he will be very dangerous. Great 2nd moto for the rookie. Mitchell finished the season in 13th with 168 points.

8th Mitchell Oldenburg (7-13): Oldenburg was running very comfortable in 2nd early on. His start was great and his speed was right there. He needs to work on running that insane pace for 30 minutes now. He finished the season 10th in points with 237.

9th Joey Savatgy (2-34): Great first moto for Joey. He worked hard to get into 2nd and had a really good pace. Issues in moto 2 dropped him back. Joey finished the season 3rd with 383 points. He never really recovered after the Red Bud crash.

10th Justin Hill (15-7): Hill looked much better in moto 2. He will be going back to Pro Circuit Kawasaki in 2017. Justin finished the season in 17th with 122 points after missing a bunch of motos. 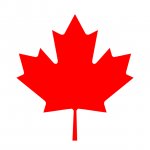 19th Dylan Wright (21-16): Dylan got out early and set a great lap time in practice one. That time held up and he qualified 3rd overall. He was running around 14th in moto 1 before he went down hard after casing the uphill triple. He worked himself back to around the same spot before tangling with a PC bike and getting stuck under his bike.

Moto 2, he rode very well and finished 16th. Without the crashes, Dylan looked to have 13-15 speed. He definitely opened some eyes.

32nd Shawn Maffenbeier (28-28): Shawn had an off day. The track was deep and rough and I think he was down on power. Motocross Des Nations is the main thing for Shawn right now, so I can see why he didn’t go balls to the wall.

Biggest Stud: Austin Forkner is my stud. This kid is the future of the 250 class.

Biggest Dud: I’m going to call Plessinger’s wheelie attempt after winning the 2nd moto my dud. It was fun to watch. 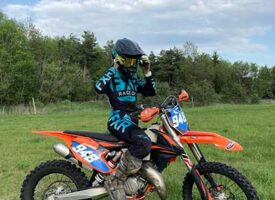