Well, if you’re only going to watch one football game all year, that was the one! Remember when the race at the LA Coliseum was called the ‘Superbowl of Motocross?’ Man, that was one you looked forward to every year and tried to find on TV if you could. Check out this Youtube video from a time when the top 3 or 4 riders swapped wins every week, it seemed. Jeff Ward, Johnny O’Mara, and Ricky Johnson go at it in this one. The only rider missing here is David Bailey!

Anyway, if you bet on the Atlanta Falcons last night, you learned exactly why people always say, “Never bet against Tom Brady.” I think New England had my high school football team in their gear for the first half of that one.

One of my best buddies played in high school (I never played because I was too busy ripping across the practice field on my dirt bikes on the way to the practice track!) and there’s another old friend of ours that always tries to get in touch with him and wants to talk about the ‘glory days’ of 16-year-old football stories.

My buddy usually ignores the call but got caught by one the other day. After the usual, “Hey, remember that catch when…..blah blah blah…” the conversation came around to if my buddy still sees anyone from the old days. He mentioned a few of our close friends and then, when he said my name, the other end went silent, and then the opposite. It seems he still holds a bit of a grudge…

Am I really going to tell this? Why not?

OK, so we were heading out on the town back in the university days. We were in a cab on the way downtown and I was sitting in the passenger seat of the cab when we pulled over for someone to use the bank machine at a variety store. From the back seat comes a roll of duck tape that finds its way to my head and failing hair follicles. I was pretty upset at having to tear the grey tape off my head and many strands of hair with it. I assumed it was the guy sitting right behind me and stepped out of the cab.

While standing outside, I see a fresh batch of sod on the ground and plan my revenge. I take a chunk of this fresh, wet, green grass and put it in my pocket for later.

We enter the pub and four of us are standing around in a circle (4 makes a square, I guess) while I do my best to try to get the guy to yawn. Yep, my revenge plan was to make him yawn and then shove a chunk of sod from my pocket into his mouth. I’m not proud…or am I?

Anyway, try as I might, he wouldn’t take the bate and copy my attempts at believable fake yawns so I simply tried to shove the sod into his mouth. Not surprisingly, he wasn’t thrilled by this one little bit and decided to start throwing wild punches in my direction.

One of the swings knocked my infamous red hat off my head and as I was trying to pick it up off the floor he continued trying to hit me as my other buddy stepped in between. Fortunately for me, none connected and the bouncers jumped in. I was left to continue the night while he was kindly escorted to the door and sent on his way. Like I said, not one of my proudest moments.

So, when my name came up in the recent conversation, he said he still hasn’t forgotten about the incident and is still waiting for his revenge! It was 25 years ago, no exaggeration. The kicker in the story is that it was my closest buddy who did the tape job in the first place and has yet to clear that all up! Now I have to walk around waiting to get jumped as a grown up by someone hunting me down! I feel like Fred Flintstone when the Mangler famously yelled in court, “Flintstone, I’l get you for this. If it takes the rest of my life, I’LL GET YOU!!!”

This Saturday we’re at AT&T Stadium in Arlington, Texas.

The series takes a week off and resumes Feb 18 in Kansas City, MO.

Things are coming together for the annual ‘DMX Toronto SX Parties at the Houston.’ We’ve got lots planned for this year’s edition, so you don’t want to miss either night!

OK, have a great week, everyone.

See you at the Houston in Toronto Friday March 3rd and Saturday the 4th after the SUPERCROSS! 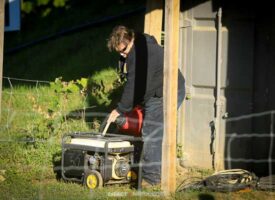 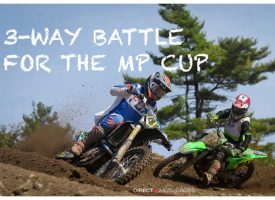