Monday Morning Coffee – A Night to Remember (Is that taken? ;))

Wow, what a weekend that was! After getting home from the Mini O’s in Gainesville, Florida, last Tuesday, I wasn’t even sure until Wednesday that I was going to be at the final two rounds of Future West Canadian Arenacross Championships. Man, am I ever glad I was! 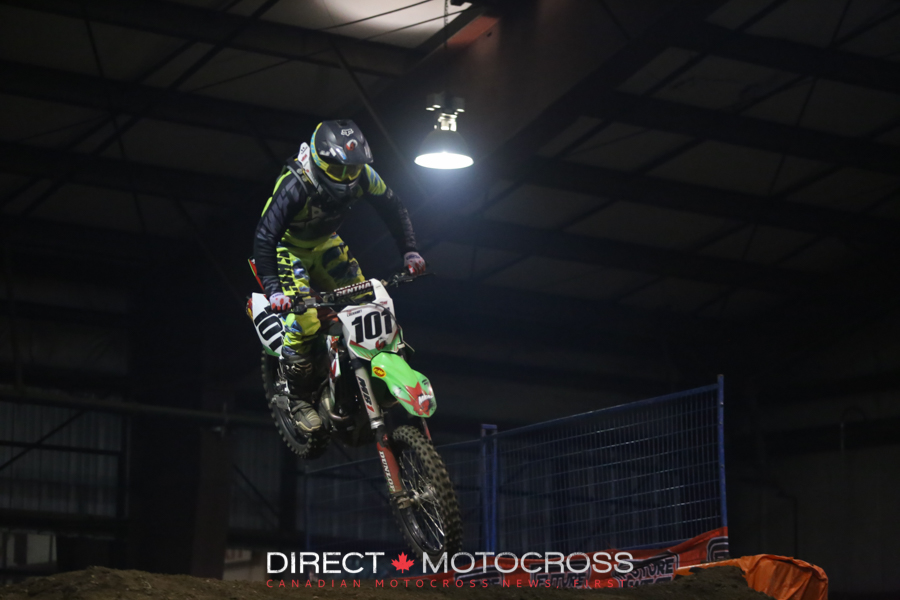 #101 Ryan Lockhart and #18 Brad Nauditt were the two riders with a mathematical chance of catching Ross Johnson in the Pro Open points. – Bigwave photo

What made this more memorable was that during the first lap of Saturday night’s Pro Lights main event, Johnson and Husqvarna rider #96 Noah McConahy got together and both went down hard. Ross actually managed to speed off the track and slam into one of the ever-present steel columns that support the building sending him down in a heap. 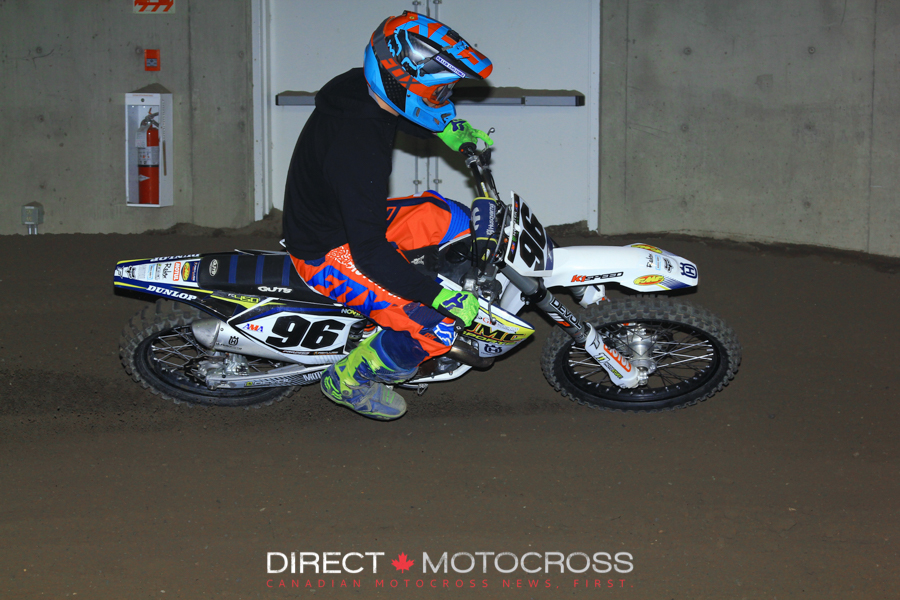 #96 Noah McConahy and Johnson went down hard together on the first lap of the Pro Lights main. – Bigwave photo

The red flag was thrown and riders returned to the starting line and waited to see if either rider was OK. Noah managed to get himself together first and headed back to the starting gate. Johnson, on the other hand, got the worse end of the crash stick. After a few tense moments, he sat. It was obvious his right arm and shoulder were the issues.

As medics looked him over, checking for breaks and contusions, you could see the look in Ross’ eyes that showed how concerned he was about those 18 points in the Open class.

CMRC rules state that if you cause a red flag you are ineligible to return to the gate and restart that race. The Lights class was over for Ross for the night. Cycle North’s Kourtney Lloyd helped him off the track and the two walked slowly back to the pits.

When I made it back there myself, you could see the same watery look in everyone’s eyes. Had this crash just cost Ross and the team the Pro Open title? Was that 18-point lead going to be enough if Ross didn’t line up for the Pro Open main event? OK, that’s what the racers in us were thinking. Obviously, the main thing was the actual health of Ross. He could barely move his right arm. His shoulder didn’t look right and his forearm was in a lot of pain. 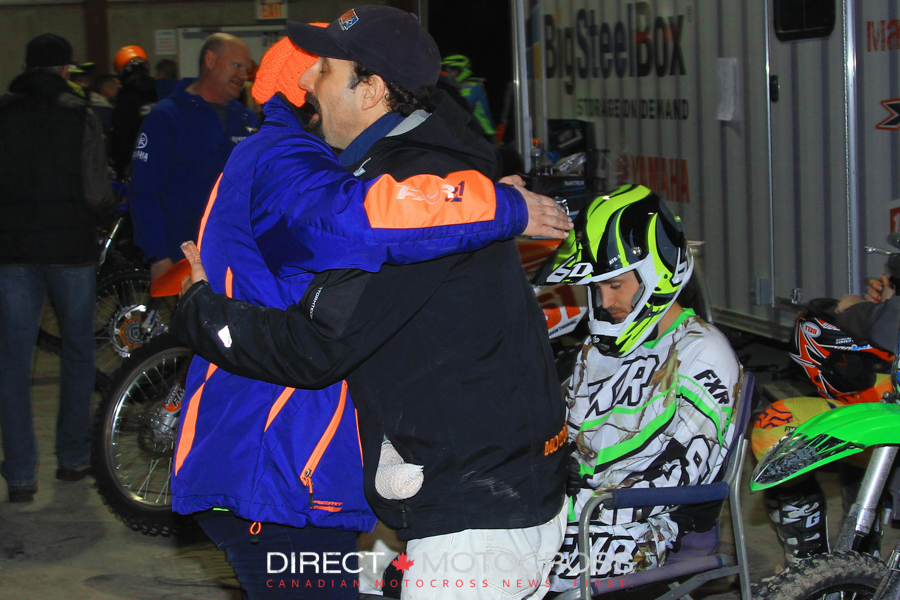 The team makes the emotional decision to line up for the Pro Open main. – Bigwave photo

Ross’ parents had made the trip up from Washington to surprise him, and this wasn’t the type of excitement they were hoping to find. They stayed on the periphery of the pits and let the medics and team take care of Ross and make decisions.

After confirming the rules (he would have to complete one lap and then he could wait until the final lap to cross the finish line) it was decided that Ross would tape up his arm, put a brace on his shoulder, and basically tape himself to the bike to be able to earn the few vital points for the championship. It was a memorable moment that had me clamoring for my video recorder to capture all this intensity. Yes, I will be editing it later this afternoon.

Well, ensuring Ross will go down in Canadian Moto folklore, after limping his way over to the start line and painfully latching onto the handlebars, when the board went sideways and the gate dropped, Ross rounded the first turn in the lead! As I looked over at the amazed look in his mechanic, Chris Sweet’s eyes, it appeared obvious that he would simply complete the necessary lap and pull over.

Nope. Adrenaline had taken over and Johnson just kept leading the race! Lap after lap he led. It was something that couldn’t be written any better for a movie. Eventually, he looked over his shoulder and sort of got out of #476 Collin Jurin‘s way and settled into 2nd spot.

As the laps continued to tick away, it was his two rivals, Lockhart and Nauditt, chasing him down.Even if either of them got around him it wouldn’t matter. Ross was doing more than enough to lock down the title.

When the checkered flag waived, it was Jurin then Johnson, Lockhart, #222 Chris Howell, and Nauditt. Johnson was the champion again. 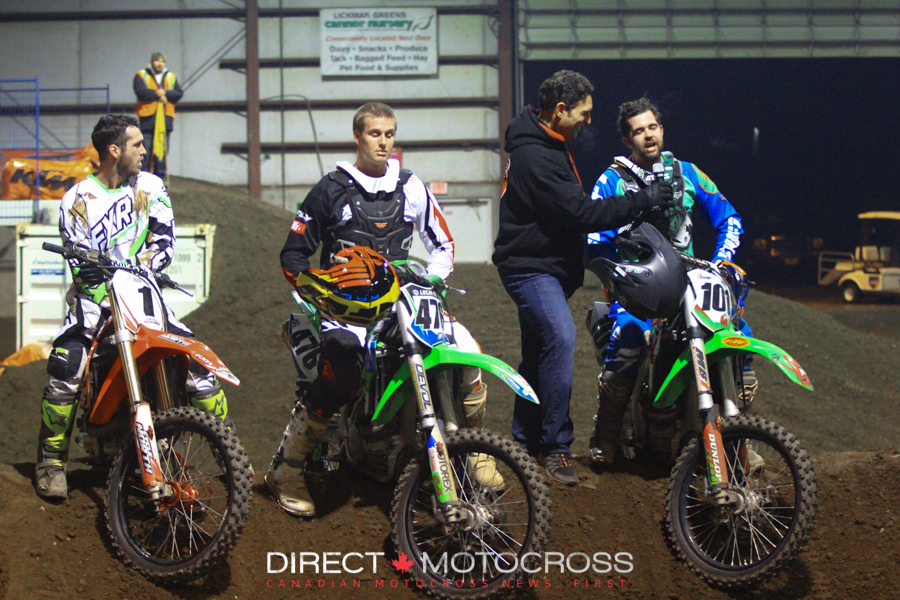 I’m not sure this retelling of the story can capture the intensity or emotion of the moment, but I did my best. It was truly one of those racing stories that I will never forget. It’s like that photo of Danny ‘Magoo’ Chandler continuing to race without a foot peg and his handlebars pointing straight to the ground!

I should also mention that as Ross continued to circulate up near the front, Kourtney was crying her eyes out on the sidelines. I even saw Steve the Medic’s eyes well up as he tended to Ross and Ross made the decision to race. And if you know Steve, you know he is arguably the happiest guy on the planet. Seriously, it was an emotional evening.

When the checkered flag waived, Ross slumped down in the saddle as Lockhart finished on his rear wheel and shook his arm in anger at the missed opportunity (NB. I just watched the video and Ryan actually looked extremely pumped to take 2nd in the championship–not angry at all.).

I just got off the phone with Kourtney and she informed me that Ross will get his x-rays done today but that it is a strong possibility that he has something broken in his shoulder and probably in his forearm. Not that I’m wishing any ill-will on Ross, but if there DO end up being bones broken, it will take this story to the next level!

So, that will do it for the 2015 Future West Canadian Arenacross Championships. Here’s a look at the final Pro point standings:

In other racing news…ah, who cares!

I hope that was enough to get you through a nice cup of coffee this morning. I’ll go see if the video I shot will do this story justice and post it up as soon as I can.

Thanks for giving DMX the opportunity to be out there for that special moment, Cycle North. It’s one of those ones I wouldn’t have quite been able to appreciate to the same extend if I hadn’t seen it with my own eyes. Congratulations to Ross Johnson and the entire Cycle North FX Honda team for this latest championship. Now, everyone, get back to work!

Out of the Blue: Janice Snively|Presented by Schrader’s 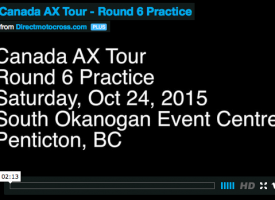